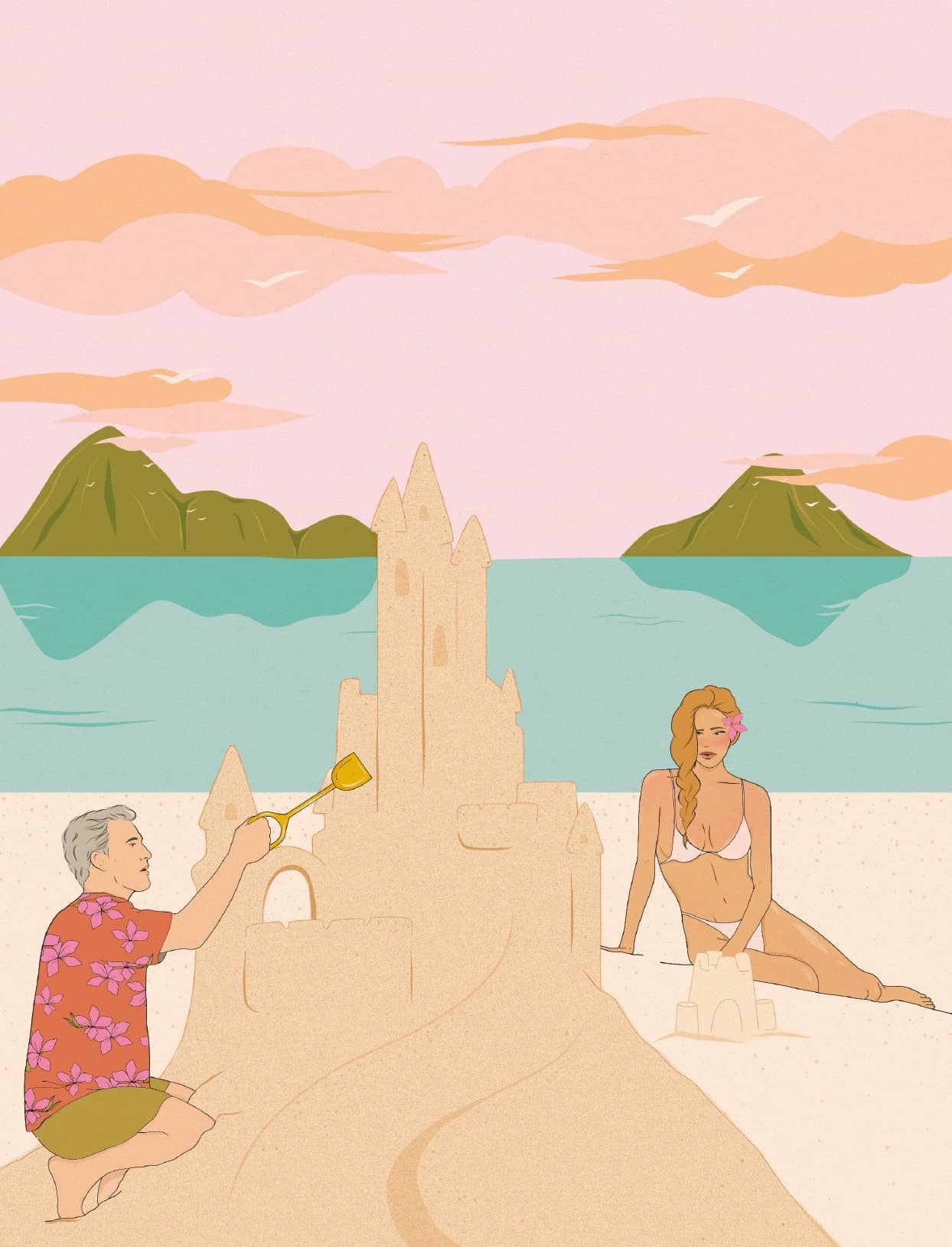 We’re thrilled to present this issue’s special guest Advisor: world-renowned therapist and author Esther Perel. Read on as she tackles your questions about fantasies, fidelity, foreplay and much more

Q: I’m a woman in my early 20s, in a relationship with a man in his mid-40s. I’m not concerned about the age difference, but the financial difference is dramatic. I live paycheck to paycheck; he makes seven figures a year. Whenever he takes me out, I can’t afford to go 50-50. As a feminist, I feel infantilized having an older man pay for everything. How can I feel like I’m contributing equally?

A: Contribution is about value; it’s not only about dollars. You may not be able to afford a fancy meal, but you can invite him over and cook, no matter how small your space, or you can say, “There’s a nice taco truck down the street.” Evenings like those can be just as exotic and fun as dinner at a Michelinstarred restaurant. It’s about the gesture with which you say, “I too can contribute to our relationship. I love to give you things, even if it’s not half the check.”

Egalitarianism isn’t always symmetry; complementarity and fairness are the goals here. So whatever you do, don’t let the discrepancy between your bank accounts keep you from taking any initiative because you think that what you have to offer isn’t equal in amount. It’s equal in meaning. (For his part, don’t forget that he knows who he picked.)

You mention you’re a feminist. What I make of that is that somebody may have told you that an older man shouldn’t be paying your way. That’s a ready-made idea. Why can’t a feminist be taken care of by a man— or a woman, for that matter? It doesn’t mean you don’t have your own means. And you’re in your early 20s; this is a developmental situation translated into an ideological one. (When you’re 46 we’ll discuss it again.) I wish for you to find myriad ways to express your identity, your feminist ideas and your feelings for this man.

Q: What advice would you give to straight men who want to be better in bed?

This might surprise you, but don’t go specifically chasing her orgasm. Your ability as a lover is not measured by her ability to peak. Erotic highs are as much about pleasure and excitement as they are about coming — and nothing is more of an orgasm killer than pressure. She’ll fake it just to cut the pressure short, and you will never know. So focus on pleasing her. What she enjoys is your attention on her, your desire for her, your lavishing and ravishing her and making her feel irresistible. It’s in these moments that women feel they can let go and enjoy themselves.

Here is something else I want you to know: Desire isn’t just this spontaneous thing that sweeps over you in an irresistible wave. There are many ways for women to engage in sex. Sometimes she’s aroused, other times she has desire but isn’t yet turned on, and then there are the times when she’s willing, not because she’s hot or in the mood but simply because she’s open to see what will happen. For women, sexual desire can be responsive like that. And sometimes they anticipate pressure from you even when it’s not there, so if they touch you and you get turned on, they worry they’ll have to go all the way — before they’ve decided if they want to. If they could do some simmering, kissing, stroking, turning on and then leaving, staying turned on and falling asleep in a state of arousal, they would love it. And if you really want to be a better lover, keep that in mind.