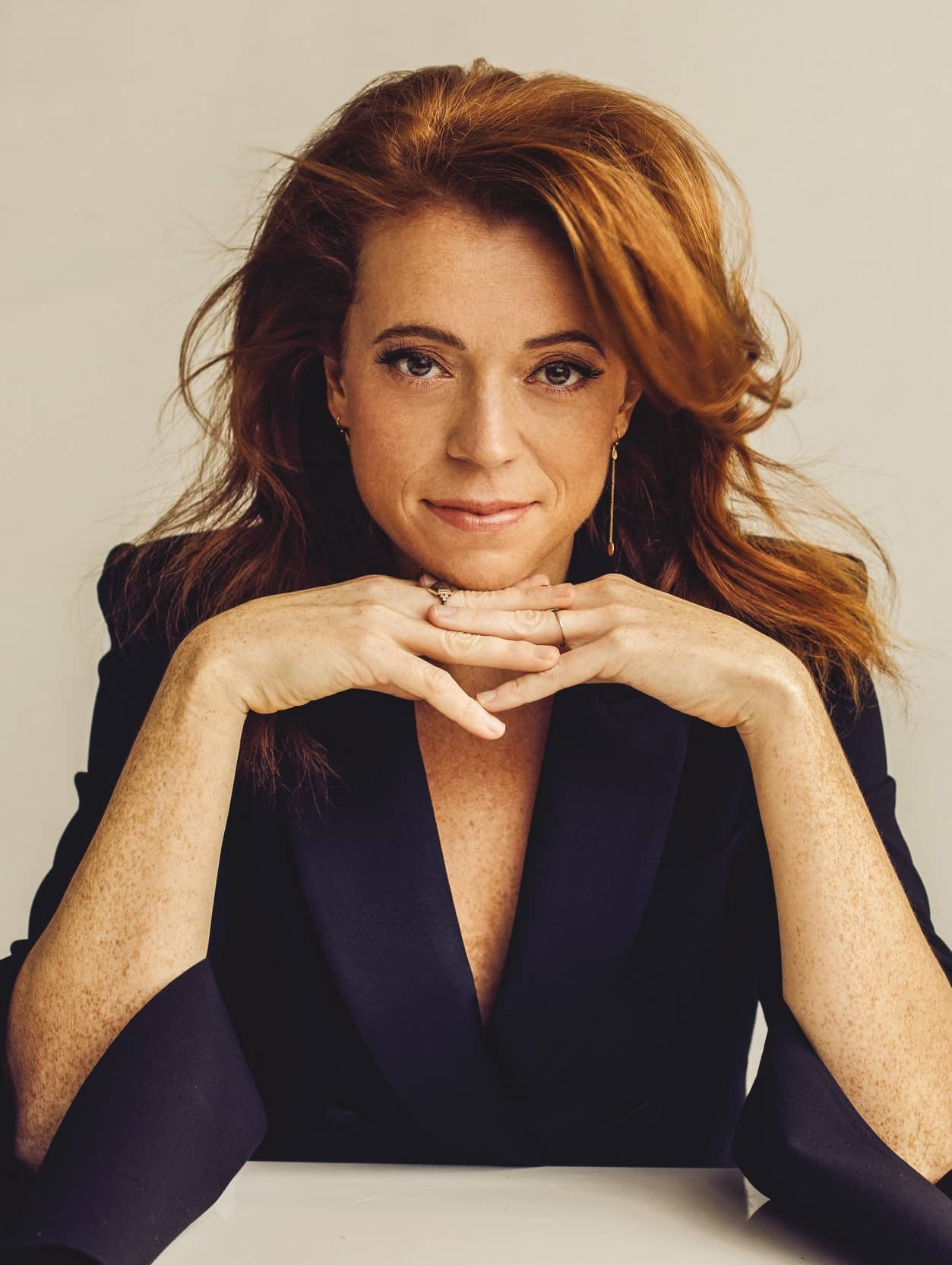 One year after earning the disdain of Republicans, journalists and a few liberal women, Michelle Wolf is ready to do it again—and maybe help the country too.

Michelle Wolf is not a fan of Donald Trump humor. She thinks it’s all a bit hacky. “I personally hate Trump jokes,” says Wolf, who a year ago vowed to burn down the annual White House Correspondents’ Association Dinner and then did so in such definitive fashion nothing was left except scorched tuxedos. She doubles down: “I have not heard a good Trump joke in years.”

Alas, on a recent frozen night at New York’s legendary Comedy Cellar, three of the four comedians who take the stage before Wolf unleash Trump jokes. They are all lame. Then Wolf makes her way to the mike through a maze of tables occupied by drunk accountants and couples on first dates. She’s wearing blue jeans, a gray sweater and a muted pair of Nikes. (The long-distance runner has become known for performing in glam high-topped sneaks, her collection being her concession to consumerism.) Her trademark voluminous curly red hair—which Wolf once described on The Daily Show With Trevor Noah as a hybrid of classic Annie and modern African American Annie—has been straightened.

Wolf is working on new material, which means her routine is semi-embargoed. Suffice it to say, there are no Trump jokes. Her 2017 HBO special, Nice Lady, featured bits on period farts, the impossibility of the modern woman having it all and a theory that men’s testicles resemble a goblin’s coin purse. Her new material is in the same unfiltered vein.

At one point she seems to suggest — in a high-pitched voice she jokes often attracts stray dogs — that men don’t need to worry about the women’s movement because women have a tendency to devour their own. For anyone who paid attention to the aftermath of Wolf’s Correspondents’ Dinner set, it’s obvious why sharing this is not in breach of the embargo.

When Wolf finishes a few minutes later, she leaves the claustrophobic basement to applause exponentially louder than the combined clapping for all the dudes with the Trump jokes. It was her 10th show of the week.

Before April 28, 2018, you may have recognized Michelle Wolf only from bits she did on Late Night With Seth Meyers and The Daily Show. She’d written jokes for Chris R ock’s 2 016 Academy Awards monologue and nabbed her HBO special a year later. But last year’s Correspondents’ Dinner propelled her into a different orbit, one filled with Fox News condemnations and finger-wagging from professional women who thought she’d been too harsh on White House press secretary Sarah Huckabee Sanders, a proven serial liar. Some even suggest the WHCA’s decision to have presidential biographer Ron Chernow deliver this year’s keynote was in response to Wolf’s polarizing set. It’s the first time a comedian hasn’t performed at the event since 2003.

There’s just one thing: Michelle Wolf does not give a fuck. She knew exactly what she was doing.

When Wolf was first approached to speak at the dinner—D.C.’s chummy get-together between plush talking heads and the plutocrats and politicians they’re supposedly holding accountable— she thought there must have been a mistake. “They were like, ‘We’ll get a woman,’ ” she tells me backstage at another of her shows, this time at Nashville’s Zanies. “I’m sure they thought, She won’t do anything crazy. She’ll be nice.” Wolf smiles. “They should have done more research on me.”

While Wolf is wary of her comedy epitaph becoming “The Girl From the Correspondents’ Dinner,” she’s happy to set the record straight and settle some scores. Before accepting the gig, Wolf talked with Meyers, her ex-boss and mentor, who had given the dinner keynote in 2011, and asked if she should do it. He told her yes but warned about performing in a room with bad acoustics and drunken robber barons barely paying attention.

“I made the decision to not cater to them,” Wolf tells me. “I don’t like what they’re doing right now. I don’t think it’s the right time for them to have a chuckle at the way things are going.”

Before she took the stage, a comedian friend slipped her a note: “Burn it down.” Another texted, “If they’re cringing, you’re doing it right.” Shortly before the ceremony started, she ran into Margaret Talev, a Bloomberg reporter and WHCA board member. That’s when she realized the organizers were in for a shock. Talev asked if Wolf would be wearing a gown. She told Talev she was going to wear a suit.