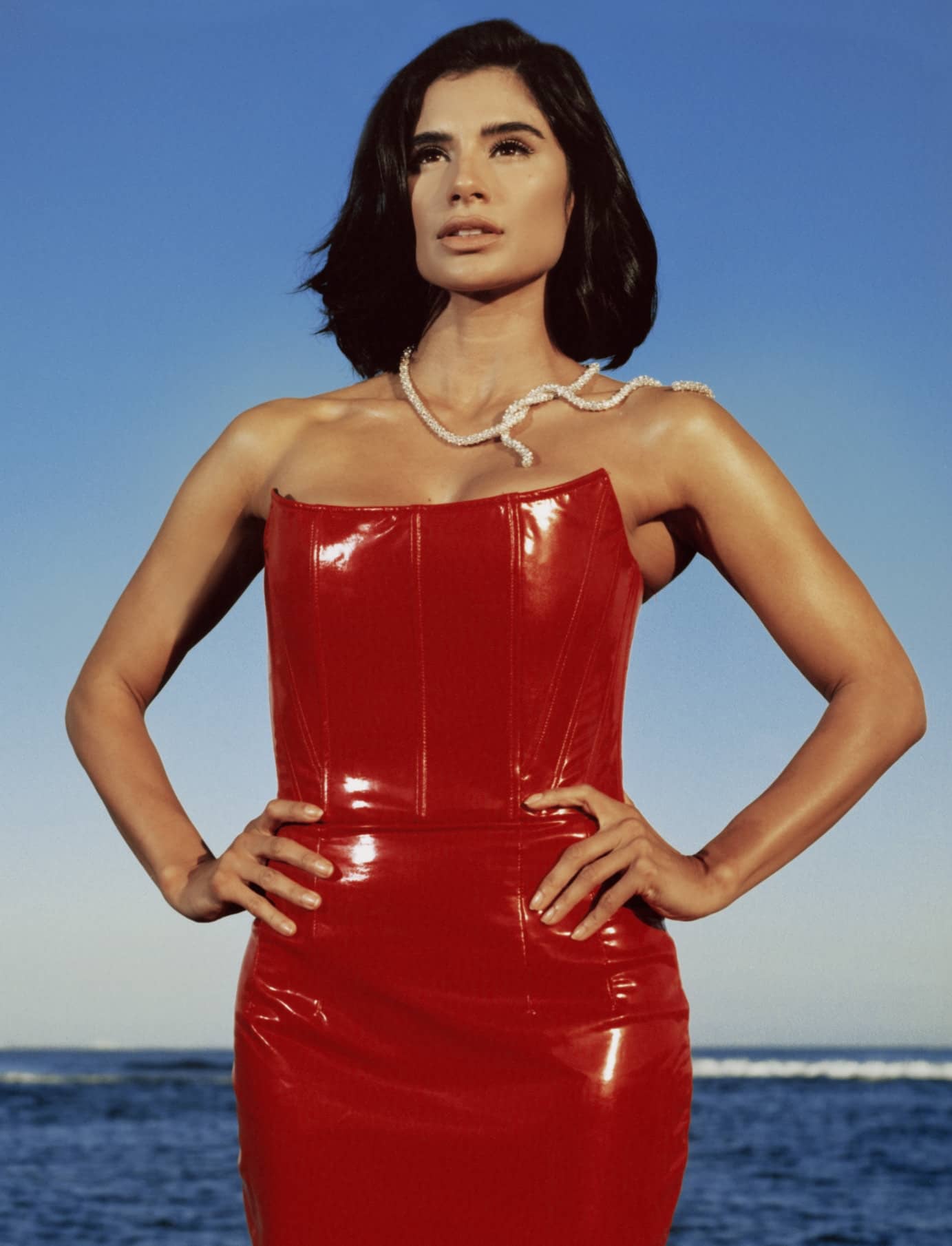 What makes a superhero? A voice, a cause and a will to change the world. The actress-activist, who headlines the HBO Max premiere of DC’s Doom Patrol, has all three and isn’t backing down

Q1: Orange Is the New Black gave you your most notable role to date — Maritza Ramos, one of Litchfield Penitentiary’s original inmates. On the show’s final season, which debuted on Netflix in July, Ramos is deported to Colombia, mirroring what happened to your parents nearly two decades ago, when you were 14 years old. How did you prepare for those scenes?

GUERRERO: I didn’t have to look far to understand what it would be like for my character to be in jail once again, to be taken away. I know what that’s like. My mom was taken in handcuffs to the airport and loaded up on a plane. It’s something I’ve lived with my entire life. It’s desperate; it’s lonely. So I tried to go back to that time. Honestly, because of the work I’m doing today, I’m back there all the time. It was cathartic.

Q2: So it wasn’t retraumatizing?

GUERRERO: No, no, no. What’s retraumatizing is knowing that some fucking guy went to a Walmart and shot up people because he thought there was an invasion of Mexicans, because of what our president has said. That’s retraumatizing. That instills fear in me that my life can be taken away at any time. Portraying it artistically, or even retelling my story, as hard as that is at times, is a means to an end. That’s not retraumatizing.

Q3: You revealed your parents’ deportation in a 2014 op-ed piece in the Los Angeles Times, and in 2016 you released a memoir, In the Country We Love, about growing up in the U.S. without them. What motivated you to share your story and become an activist for immigration reform?

GUERRERO: My career was moving very fast, but I felt I wasn’t being honest. I felt deceitful not speaking about something that was very real to me. The issue of immigration was being tossed around inaccurately, and Trump was using the immigrant community as a scapegoat. What do you do when your community is flat-out labeled as rapists and murderers, and people run with that narrative? I couldn’t offer a general response as a person of color, as a brown woman. I had to be like, “Yo, as a child of a separated family, as a child coming from a marginalized community that often experiences incarceration… I’m speaking to you as a child who lived all of this.” I wanted people to look at me, see me and know what the fuck I’m about.

Q4: How did you find a space to inhabit in this country?

GUERRERO: If your circumstances bring you to a place where someone has to be charitable to you, you develop a habit of wanting to be invincible out of needing to appease folks. I got to the point of wanting to kill myself; that’s how invincible I wanted to get. I had to see a therapist, who told me that it was okay to want things and to have dreams. I had to change the way I was programmed by reciting affirmations that I was worthy. That’s how I began, little by little, to take up space again. But it’s a work in progress. I work every day to not shrink myself, to allow myself to speak freely in places I’m scared to speak.

Q5: In August you told Vanity Fair that you feared becoming a “poster child of deportation.” Do you feel that you have?

GUERRERO: No, I don’t. I thought people were trying to pigeonhole me. In reality, only you can pigeonhole yourself. Only you can allow people to put you in a box. I am who I am. I care about what I care about. I’m strong in my convictions. I dictate my future. I dictate my outcome. Deportation, what happened to my family, is a sliver of who I am and what has happened to me. I have much more to say, much more to contribute.

Q6: In 2015 you were named to the Obama administration’s inaugural class of Presidential Ambassadors for Citizenship and Naturalization, which aimed to promote naturalization among some 8 million qualified people. But some immigration groups have called Barack Obama the “deporter in chief.” How is what’s happening now under President Donald Trump different from what happened under the previous administration?