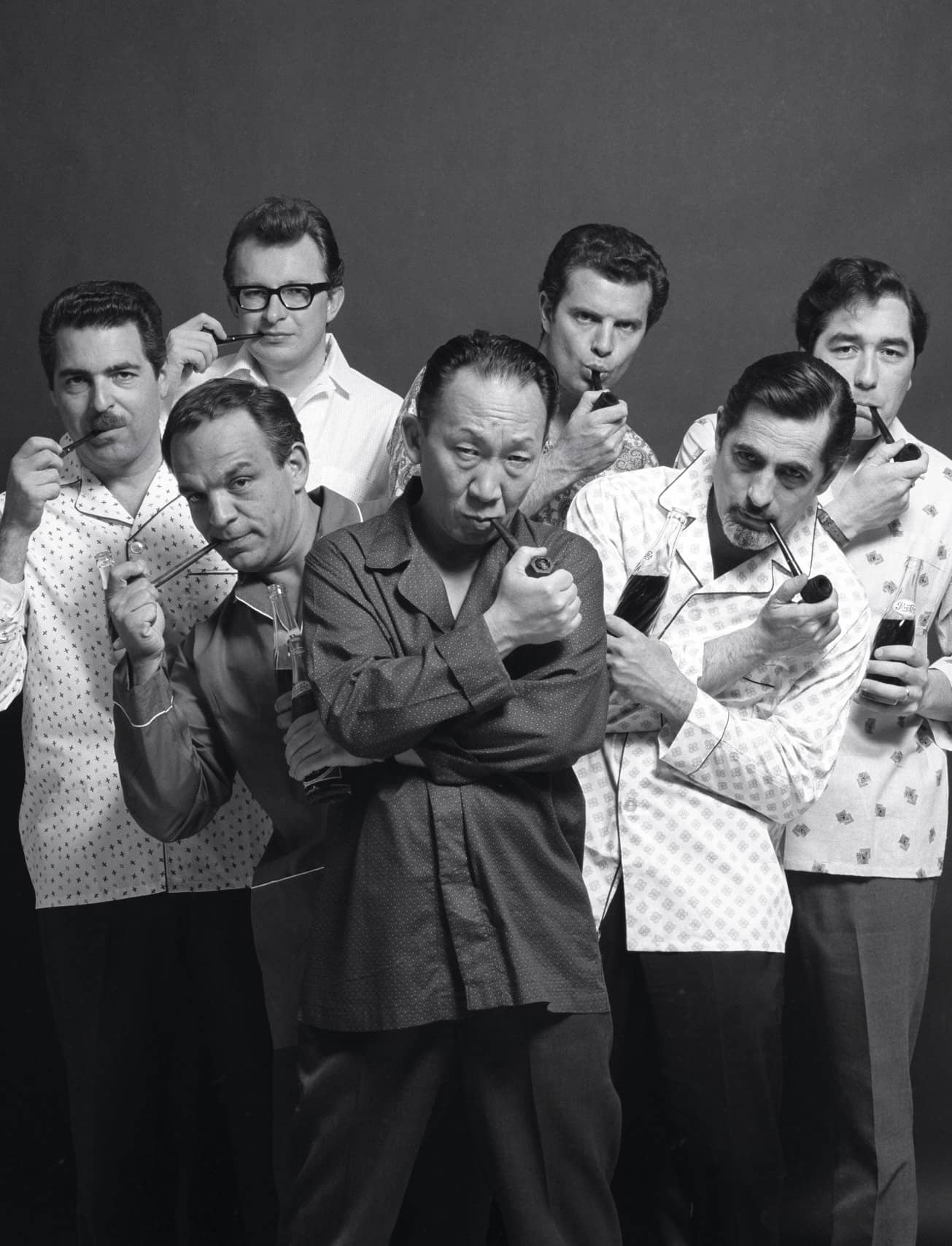 Few jobs are as readymade to inspire envy among lovers of women than that of PLAYBOY photo director. Yet little has been written about the magazine’s founding “picture editor,” Vincent T. Tajiri, who for 15 stratospheric years oversaw our photo department. During his tenure Tajiri watched the print run top 7 million, thanks in large part to the teeming photographer and stringer ecosystem he developed. Praised as a gentleman and a deep thinker by his former employees (and called a cocksucker by Hunter S. Thompson; more on that later), he remained an elusive figure among the many outsize personalities of playboy’s early years. So who was Vince Tajiri?

Born in southern California in 1919, Tajiri was a teenager when his older brother Larry, who went on to be a distinguished journalist, brought home a 35-mm SLR camera from a reporting trip to Asia. Vince, who’d been priming himself to be a writer, fell in love with the medium. “I knew very little about photography then,” he told Popular Photography in 1968, “but I shot promiscuously and uninhibitedly.” At the same time he was developing his photography skills, he wrote prolifically for English-language papers that served the Japanese American community.

At the age of 18 he moved to San Francisco to work for one such daily, Nichibei Shinbun. The previous year he had created Rigmarole, an intermittent Nichibei column that variously covered the nisei (Americans who, like Tajiri, were born to immigrant parents from Japan), sports stats, movies and any other topic that caught Tajiri’s attention.

In February 1941 Tajiri was drafted into the Army. He was at Camp Bonneville in Washington state on December 7 of that year when Japan attacked Pearl Harbor. The next day the United States entered World War II, and less than three months later the government ordered nearly 120,000 Japanese Americans living on the West Coast — the vast majority of them U.S.-born citizens — out of their homes and into incarceration camps. Among them were Tajiri’s mother and younger siblings, who were sent to the camp in Poston, Arizona with only what they could carry. They lost everything else, including the home they owned in San Diego.

Tajiri was a sergeant in the 442nd Regimental Combat Team — the famed unit composed of Nisei soldiers that became the military’s most decorated — when he married his girlfriend, Rose Hayashi, in Hattiesburg, Mississippi in August 1943, ahead of his expected deployment. Poor health ultimately kept Tajiri out of overseas duty. Three of his brothers volunteered to serve. One, who joined the Army out of Poston in 1943, was later awarded a Purple Heart.