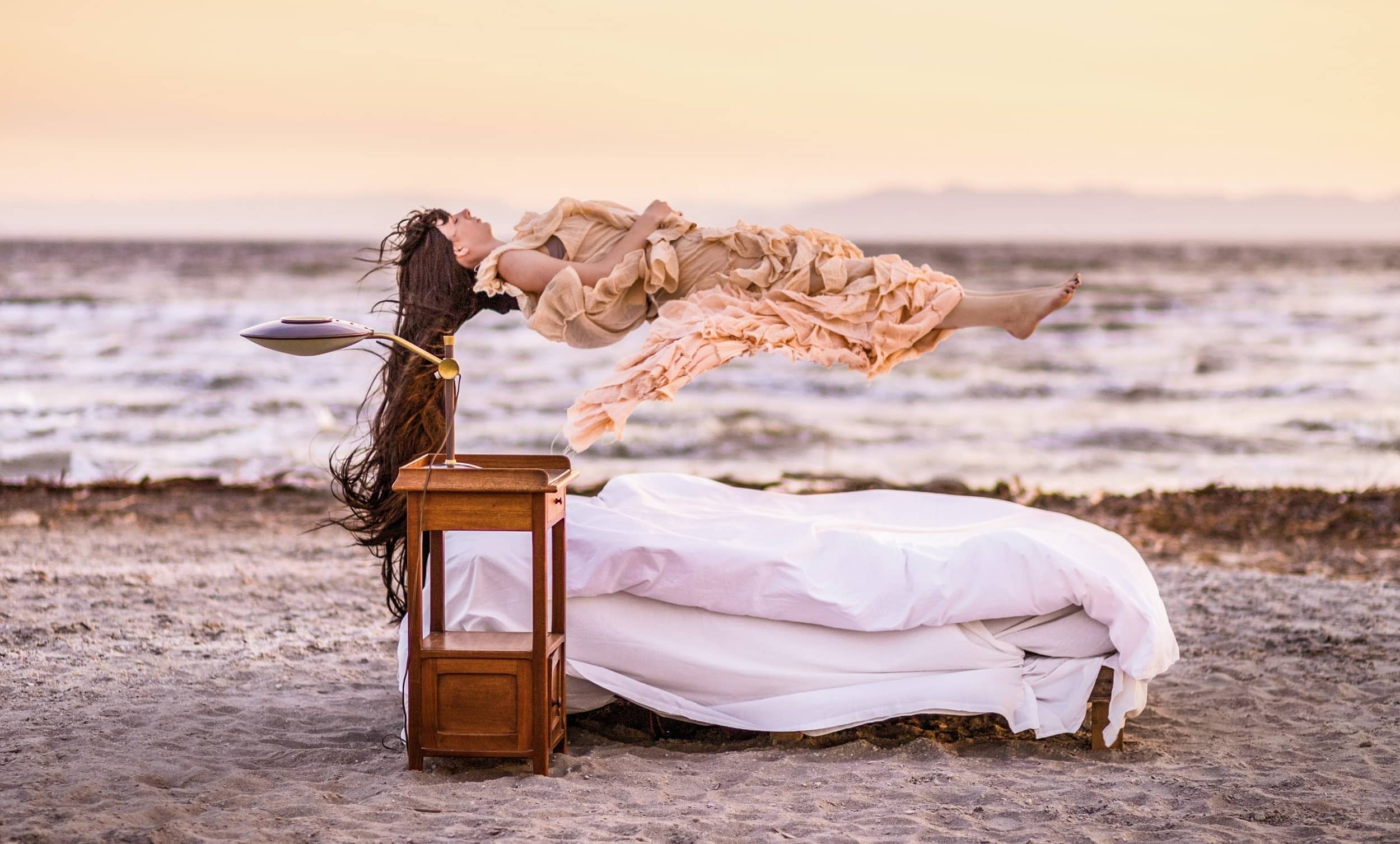 Adam Skolnick
As the sun sweeps its western arc over the Salton Sea, toward the distant desert mountains, a prism appears on the cottony clouds, a rainbow rabbit hole in the sky. Just by looking up, we all drop in.

We are participants and spectators at the 2019 Bombay Beach Biennale, an underground art party that some call the new (or anti) Burning Man. (Despite the name, it has been held annually since 2016, this year over a weekend in late March.) In the next 40 hours I, along with roughly 500 invited guests, will stroll through an atheist church, watch a sleeping woman levitate four feet above her bed and see a world-class prima ballerina, flown in from Berlin, dance at a trailer-park opera house. I will glimpse half-naked hipsters smeared with vibrant colors frolic in the cold desert wind, and eavesdrop on middleaged locals with the sunken faces of chemical dependency. I will be approached by a penniless stranger desperate to borrow a toothbrush, and I’ll gawk at dinosaur bones and crystals nestled within the cracked shell of an old mobile home marinating in deep house music and starlight. Through it all I will wonder if art is enough to shift the fortunes of this small, hobbled town — and if the locals believe the art-as- salvation promise in the first place. 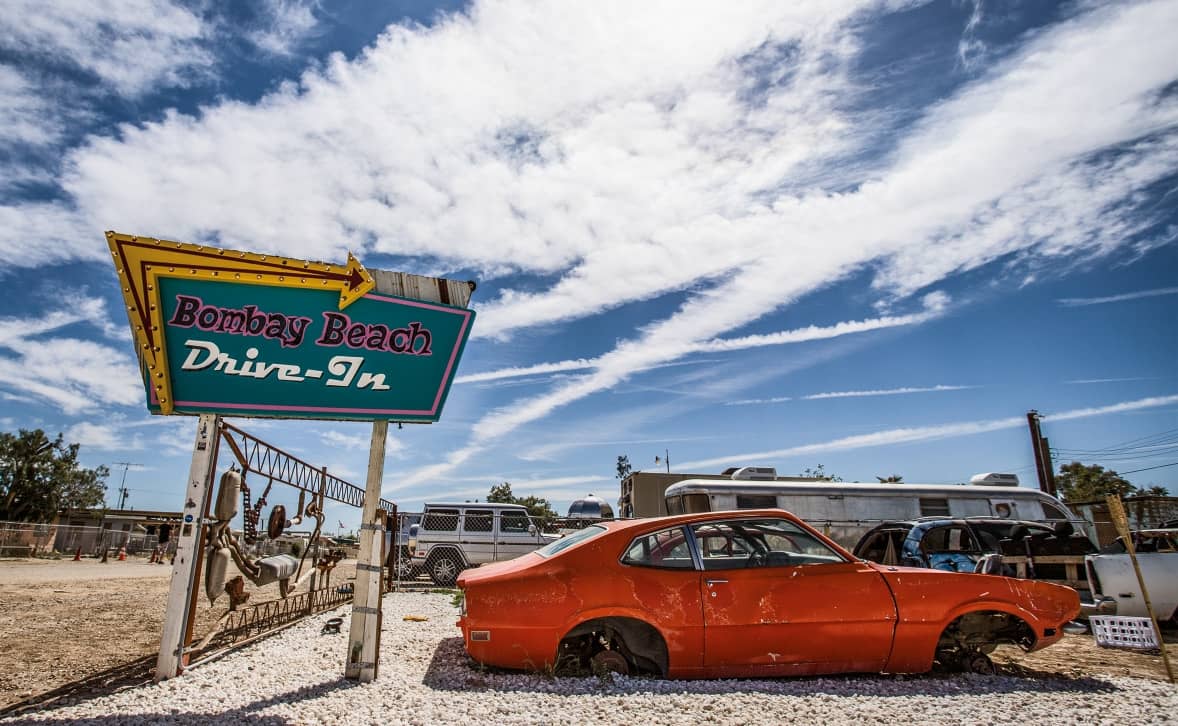 As the sky darkens on the first day, I retreat toward the berm that overlooks the one-square-mile dirt-road grid that is Bombay Beach, California. At first glance it looks like a postapocalyptic trailer park. Although the town has hundreds of properties, many of the modular homes are crumbling and only about 300 people live here, with a median household income of less than $14,000 a year. Twenty miles from the nearest gas station or supermarket and an hour southeast of booming Palm Springs, Bombay Beach is a town where reliable work is scarce and meth addiction widespread, where both the sea and the air are feared to be toxic. A handful of retirees subsist on fixed incomes, and other residents survive without water or power — which means no airconditioning or fans in the brutal summers, when temperatures can reach 120 degrees.

And yet it is here that three wealthy, well-connected friends have launched a radical experiment in art, culture and regeneration. In the process, they’re raising significant questions about a community on the precipice of change: Namely, is Bombay Beach becoming just another elitist playground, or is something deeper happening in this desert town built on the cracked foundation of a mistake? 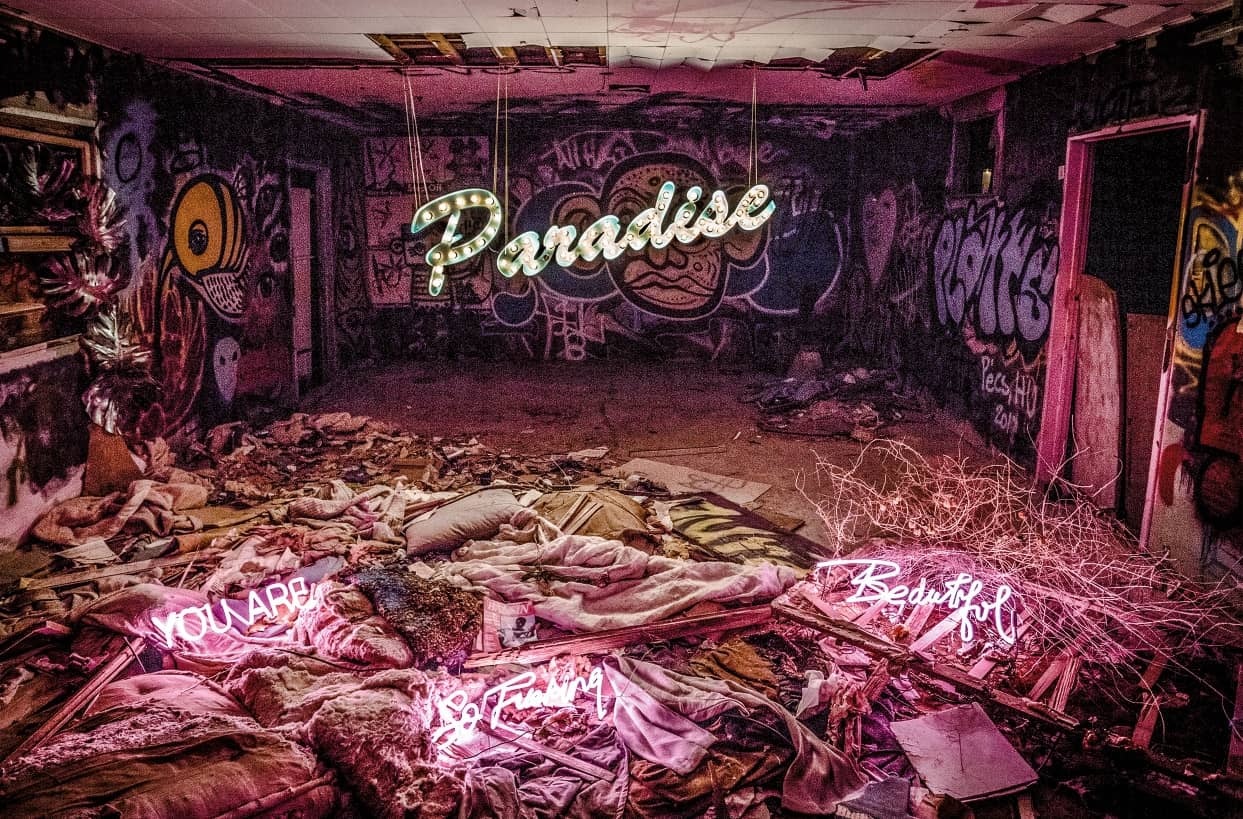 In 1905 the Imperial Canal, which brought Colorado River water to farms in the southern California desert, breached. By the time the engineers completed their fix, in 1907, they’d accidentally created the largest lake in California. It was named the Salton Sea.

Beginning in 1959, celebrities including Jerry Lewis, Frank Sinatra and the Beach Boys water-skied and partied in the area. The lake was stocked with fish to lure anglers and vacationers, who built second homes along the shore — then a 1981 flood destroyed the local yacht club. A spike in the lake’s salinity, combined with toxic algae blooms caused by agricultural runoff, resulted in a biblical fish kill. Dead tilapia by the thousands washed up onshore (and still do), their bones degrading in huge drifts. It didn’t take long for the tourist economy and the town itself to wither.