Reggie Bush On Life After The NFL 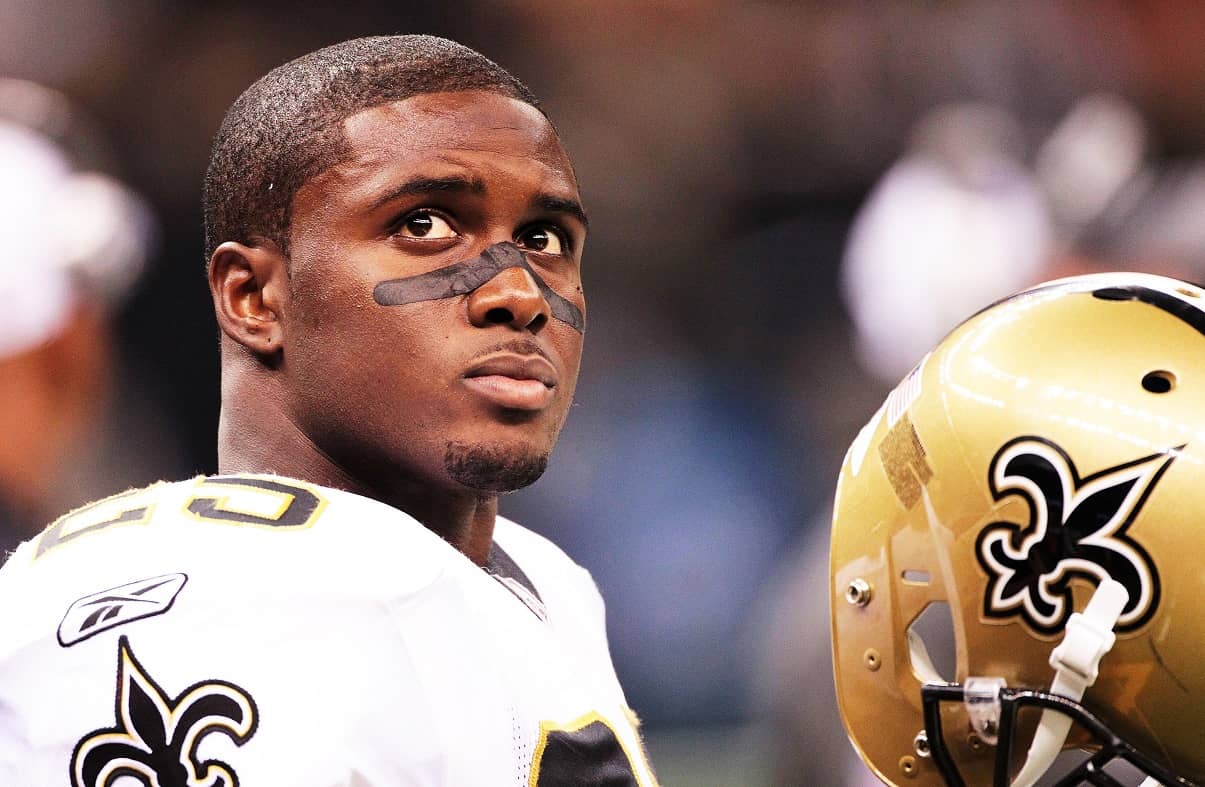 Reggie Bush is constantly observing. His gift for locating holes and eluding tackles was clear during his three years at USC, where he established himself as one of the elite college running backs of his or any era. He followed this with 11 seasons in the NFL, including a Super Bowl win for the New Orleans Saints in 2010. So perhaps it’s fitting that since his retirement in 2017 his life has continued to revolve around studying and absorbing—but instead of defensive schemes, he’s now sizing up our culture, our leaders, our status quo.

Bush, who joined Fox Sports’ college football coverage last year as an analyst, adds to his TV résumé this month with the Fox series Celebrity Watch Party. The unscripted show features, among a slew of recognizable faces, Reggie and his wife, Lilit Avagyan, on their couch at home as they react to episodes of 9-1-1, Nailed It! and RuPaul’s Drag Race. Watch Party is the latest example of TV networks pivoting to create new programming as Hollywood production remains shut down during the pandemic.

Even as he binge-watches TV and raises three young children with Lilit, the 35-year-old star has a lot on his mind. Joining his wife for a recent conversation with Playboy, Reggie shared his thoughts on Trump’s handling of the coronavirus, Tom Brady calling for an investigation into the murder of Ahmaud Arbery, the price of playing football and the financial guidance that no one gave him.

PLAYBOY: What made you want to do Celebrity Watch Party?

REGGIE: The show is doing a great job allowing people to focus on some positive, funny content. More than ever, we need positive stuff, because on social media it seems like it’s all negative, all dramafilled, and you start to live in this different world where you get paralyzed with Instagram and Twitter. It happens to me all the time. So we try to remind ourselves to not focus too much on the negative—the police brutality, the politics, the pandemic. We try to digress a little from time to time, because we need normalcy.

PLAYBOY: What’s it like to know that people are watching you as you watch TV?

REGGIE: We have such good chemistry, and we thought it would be funny. We’re not acting on the show. It’s just me and my wife hanging out. We even have a drink.

LILIT: Typically you don’t react much when you’re watching a show, so the only change is that whatever you’re thinking, now you have to say it out loud. You can’t just think it in your mind, because then there wouldn’t be a show. But then I’d say a couple of things, and he’d have to check me and tell me, “Don’t forget you’re on TV and you can’t say that.”

PLAYBOY: I imagine sports would be a go-to viewing choice for you, if we currently had that option. What would an ideal return of sports look like to you?

REGGIE: We’re preparing as if football season’s going to continue, until it doesn’t. And that’s all we can do. That part is not in our control, and we pray and hope that the government and our health care system continue to work toward progress so things can go back to being normalized again. Every time you turn on the news, there’s a death-count ticker, so we found a way to turn this very tragic thing into a sport. All they’re doing is creating fear. We’re very reactive in this country, and we were very reactive to this pandemic, which is why we’re in this situation now, even though there were warning signs. In China, they built a hospital in a matter of days. We’re the greatest country in the world, so why can’t we do things like that? We can’t say we don’t have the resources.

PLAYBOY: You frequently use social media to spotlight social justice issues and the underprivileged. Why is it important to you to use your post-playing platform in this way?

REGGIE: It’s powerful for people to use their platform. We try to use our platform the right way, but that doesn’t mean we’re always going to make the right decisions. People assume that when you stand for something positive and try to bring awareness to things, you’re not going to be mistaken, or you shouldn’t be able to make mistakes. That couldn’t be further from the truth. Some of the most successful people in the world are at that point in their lives because they learned from their mistakes. For my wife and me, we’ve learned so much, and we try to make sure we take away as much as we can from every situation, from every issue, from mistakes and progress alike.