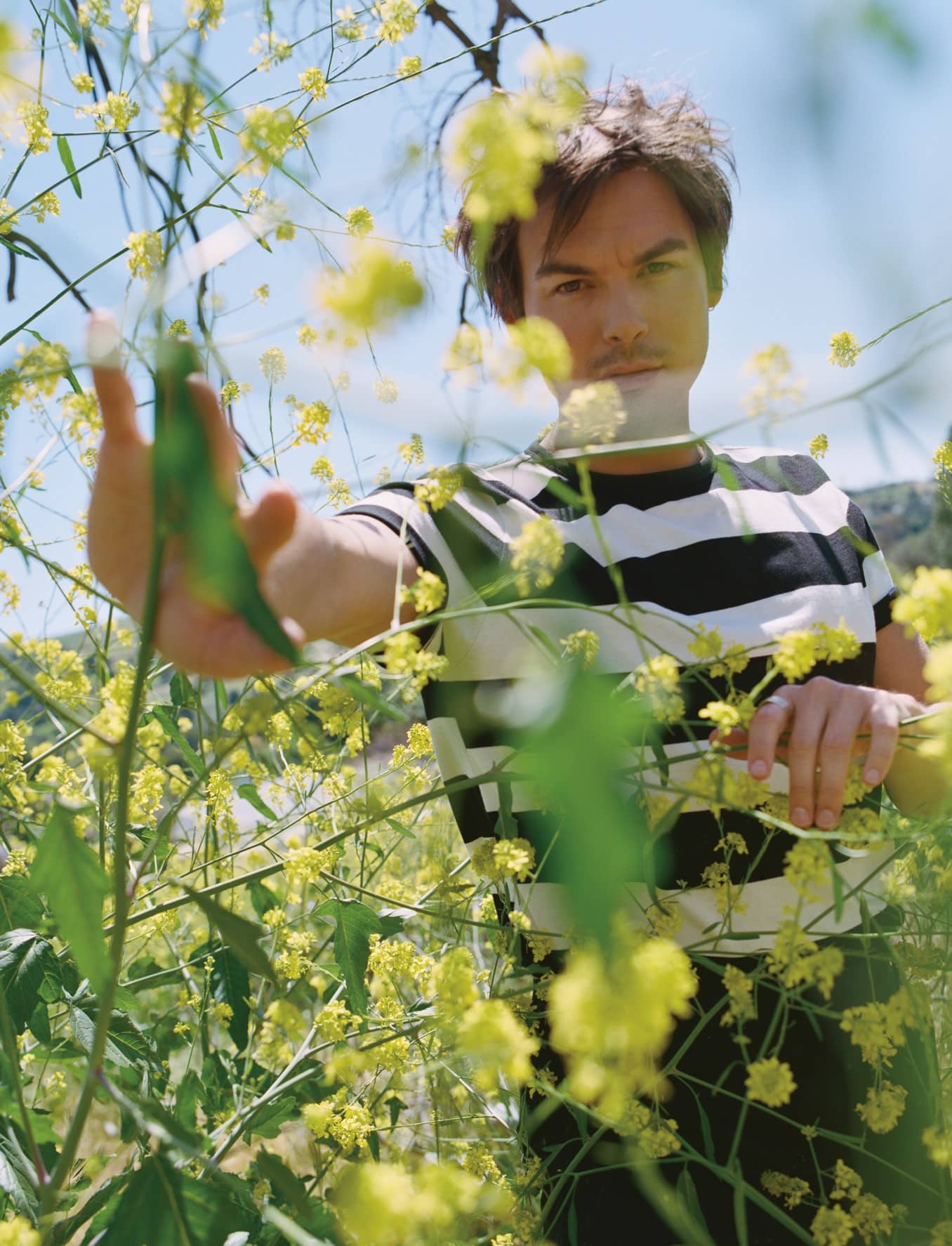 Tyler Blackburn, star of Pretty Little Liars and the Roswell reboot, is proud to be a man who isn’t the poster child for anything but his own path

I’ve never met Tyler Blackburn before — except that I have. Maybe it would be more accurate to say I’ve met versions of Tyler Blackburn. I’ve spent time with the actor on multiple occasions while covering his TV series Pretty Little Liars, the soapy teen- centered murder mystery that regularly generated more than a million tweets throughout its seven-season run. Just two weeks ago I reconnected with him in a lush meadow of flowering mustard outside Angeles National Forest, the site of his PLAYBIY photo shoot. But the Tyler Blackburn I’m meeting today at his home in the Atwater Village neighborhood of Los Angeles is in many ways an entirely different man.

When he greets me at the front door, Blackburn is relaxed, barefoot and still wearing what appears to be bed head. His disposition is unmistakably freer — lighter — than it’s been during our previous encounters. Perhaps I shouldn’t be surprised by this. Six days earlier the 32-year-old actor came out publicly as bisexual in an online interview with The Advocate. The announcement is clearly at the forefront of his mind as we sit down at his dining room table.

Almost immediately he starts to gush about the positive, and at times overwhelming, feedback he has received over the past few days. Within minutes he’s in tears. He tries to lighten the mood with a self-effacing quip, but now I’m in tears too. Then he tells me he can’t remember my question.

I haven’t even asked one yet, I reply. “It just makes me feel, Wow, the world’s a little bit safer than I thought it was,” Blackburn says. The most affecting response he’s received thus far has been from his father, whom Blackburn didn’t meet until he was five years old. Although he avoids offering any more details about that early chapter, he says, “Feeling like I’m a little bit different always made me wonder if he likes me, approves of me, loves me. He called, and it was just every single thing you would want to hear from your dad: ‘That was a bold move. I’m so proud of you.’ It was wild.”

Blackburn can’t pinpoint the exact moment he knew he was bisexual but says he was curious from the age of 16. It wasn’t until two years ago, though, that he decided to approach his publicity team about coming out publicly. At that point, Pretty Little Liars had wrapped, and the actor was without a job. So Blackburn and his team agreed they needed to hold off on making an announcement until his career was stable again. The lack of resolution weighed on him.

“A year ago I was in a very bad place,” he says, adding that he has struggled with depression and anxiety. “I didn’t know what my career was going to be or where it was going. My personal life — my relationship with myself — was in a really bad place.”

His casting on the CW’s Roswell, New Mexico, adapted from the same Melinda Metz book series as the WB’s 1999 cult-favourite Roswell, seems to have come at the right time. Blackburn portrays Alex, a gay Army veteran whose relationship with Michael, a bisexual alien, has attracted legions of “Malex” devotees since the show’s January debut. Roswell, New Mexico has already been renewed for a second season — a feat for any series in this era of streaming, let alone one involving gay exophilia.

Playing a character whose queerness has been so widely embraced by fans no doubt nudged Blackburn closer to revealing his truth for the first time since becoming an actor 15 years ago. (As he told The Advocate, “I’m so tired of caring so much. I just want to…feel okay with experiencing love and experiencing self-love.”) Still, he was somewhat reluctant. His hesitation was rooted in the fact that he wouldn’t be able to control what came next: the social pressures that often come with being one of the first — in his case, one of the first openly bisexual male actors to lead a prime-time television series.