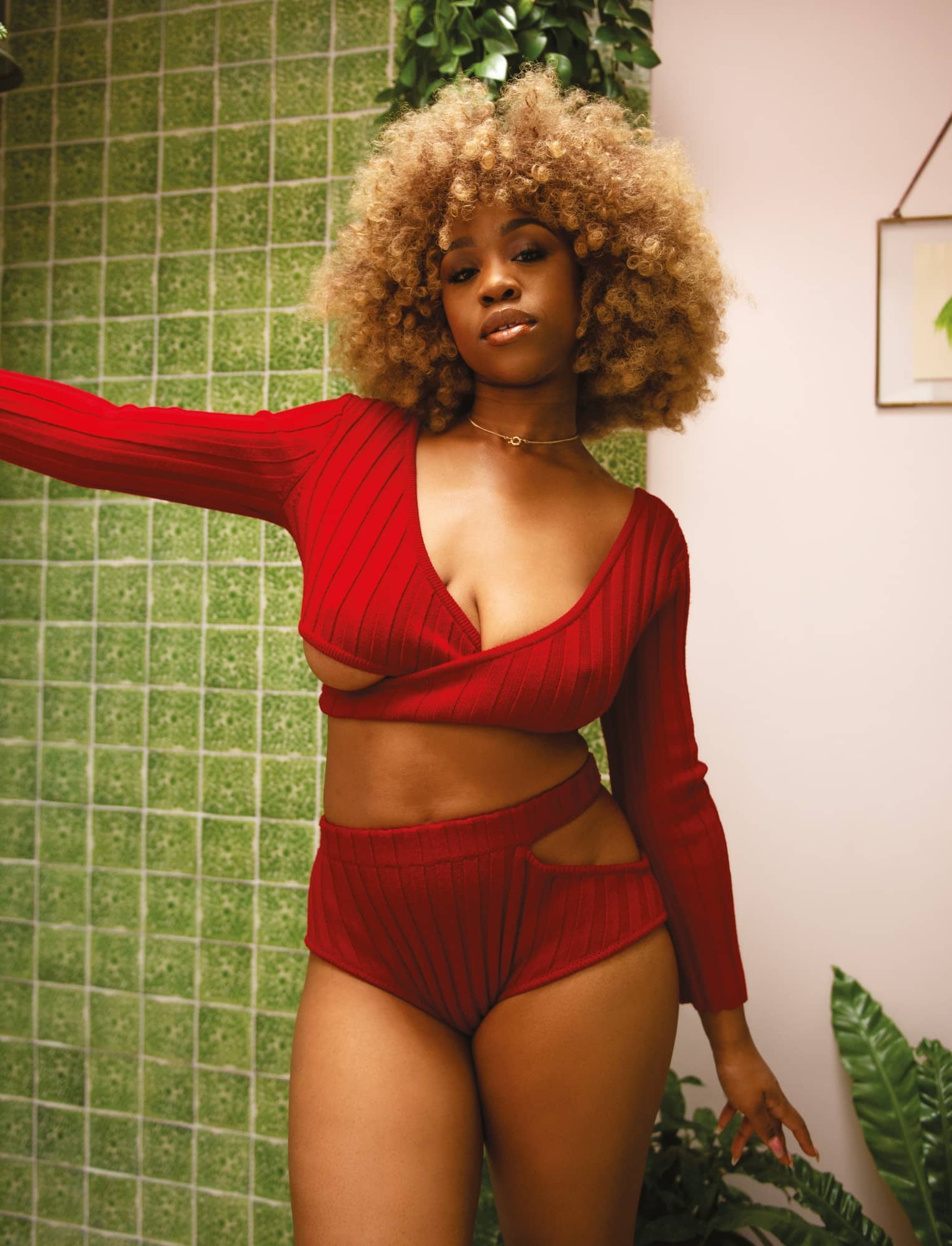 A body-positivity blogger propelled into fame, the woman behind The Slumflower reflects on the freedom—and scrutiny—that comes with leading a feminist movement

"There's so much value in being a troublemaker!” says Chidera Eggerue — though in relative terms, stirring things up is a fairly recent development for the 24-year-old. It started with her fashion blog, The Slumflower, a hub for stylish black women who don’t relate to the trend of “mostly white women with the same balayage hairstyle, fedora hat and camel coat.” This led to her creation of the SaggyBoobsMatter hashtag in the fall of 2017, which launched her into the body-positivity movement. The irony is that Eggerue, long made to feel self-conscious about her appearance, once saved money for a breast augmentation. Then she had an epiphany: Celebrating her body and defying the culture’s obsession with perky breasts might flip the conversation for women — at the very least, for some women of color.

Calling her work within this 21st-century movement a success would be an understatement. Touted as a leading feminist voice of her generation, Eggerue has appeared on national talk shows in the United Kingdom to discuss her social savvy (more than 12,000 Instagram posts bear the SaggyBoobsMatter hashtag); published a best-selling book, 2018’s What a Time to Be Alone; hosted her first #BlockHimParty (in which she encourages women to leave toxic relationships); and fronted an Adidas campaign that was plastered across London’s Underground.

Eggerue assures me she didn’t come out of the womb-like this. Raised by Nigerian parents in Peckham — home to the largest community of Nigerians in the U.K. — she was an inquisitive child who wanted to be “liked and accepted.” She tried to “blend into the background” until the BRIT School put her on a new path. The performing arts institution that has produced such singular talents as Adele, Amy Winehouse and Imogen Heap encouraged individualism, leading Eggerue to develop a mantra: “I can be different, I can stand out, I can be loud, I can be annoying, and I’m not gonna be punished for this,” she tells me.

She brings the same moxie to our discussions about how racism robs black girls of their innocence and why she’s happy Serena Williams finally found the love she deserves. Each point is delivered with blazing conviction. Manicured nails waving, she’s animated enough to remind you she’s a young black woman from south London (one energized “Okkkkk” here, a “Girl, sometimes it be like that” there) but slick enough to repeat my questions in her answers — a tell indicating someone who has done a lot of interviews.