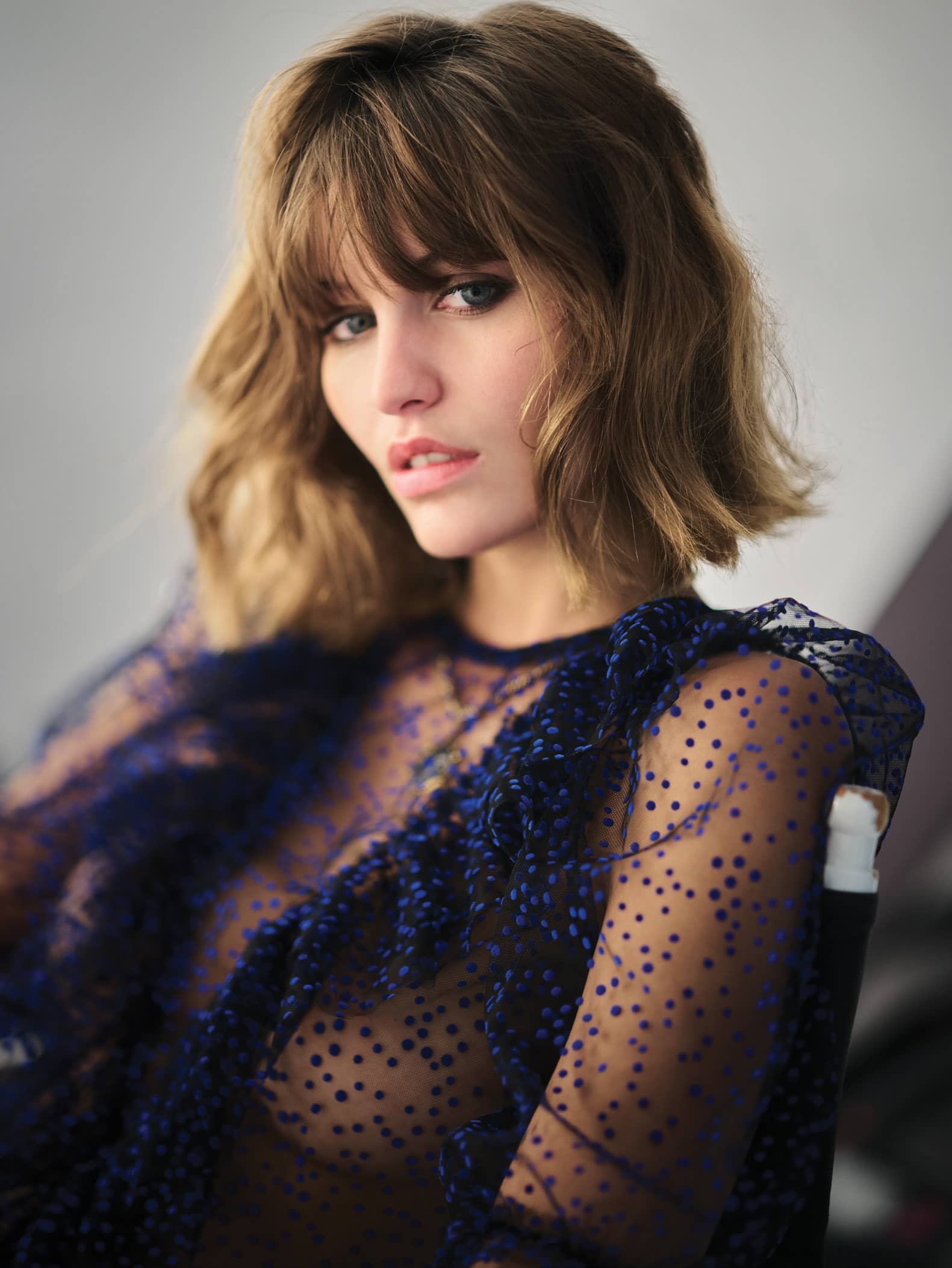 Lena Simonne changes her position on the chair, letting her wrists rest over her folded knees and fixating her serious blue eyes on the camera. Behind it stands photographer Gilles Bensimon, wearing jeans and a cashmere sweater over a light blue shirt. The 24-year-old French model is styled in high boots and lingerie in black lace. The scene takes place in a spacious photo studio a stone’s throw away from the Canal Saint Martin in Paris’ trendy 10th arrondissement, and from the speakers you hear the tones of Verdi’s opera Traviata. 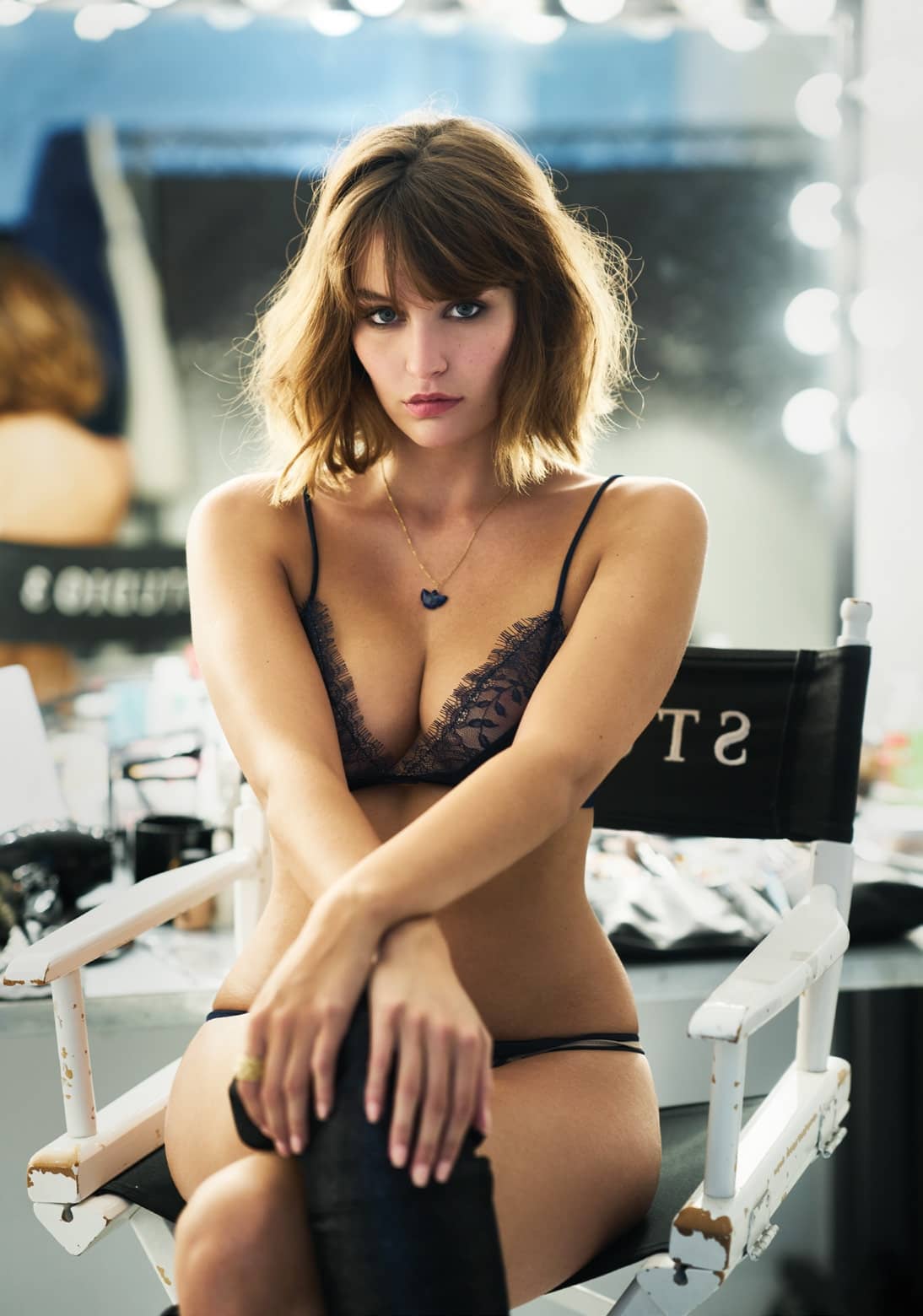 “Gilles is great,” Simmone tells me following the cover shoot for Maxim. “I felt so inspired by him and he made me relax. I really like doing shoots for magazines. Then I can improvise more and be closer to myself; I get in a mood where I feel strong. When you do a commercial campaign, you often have to act in a special way—laugh and smile.” 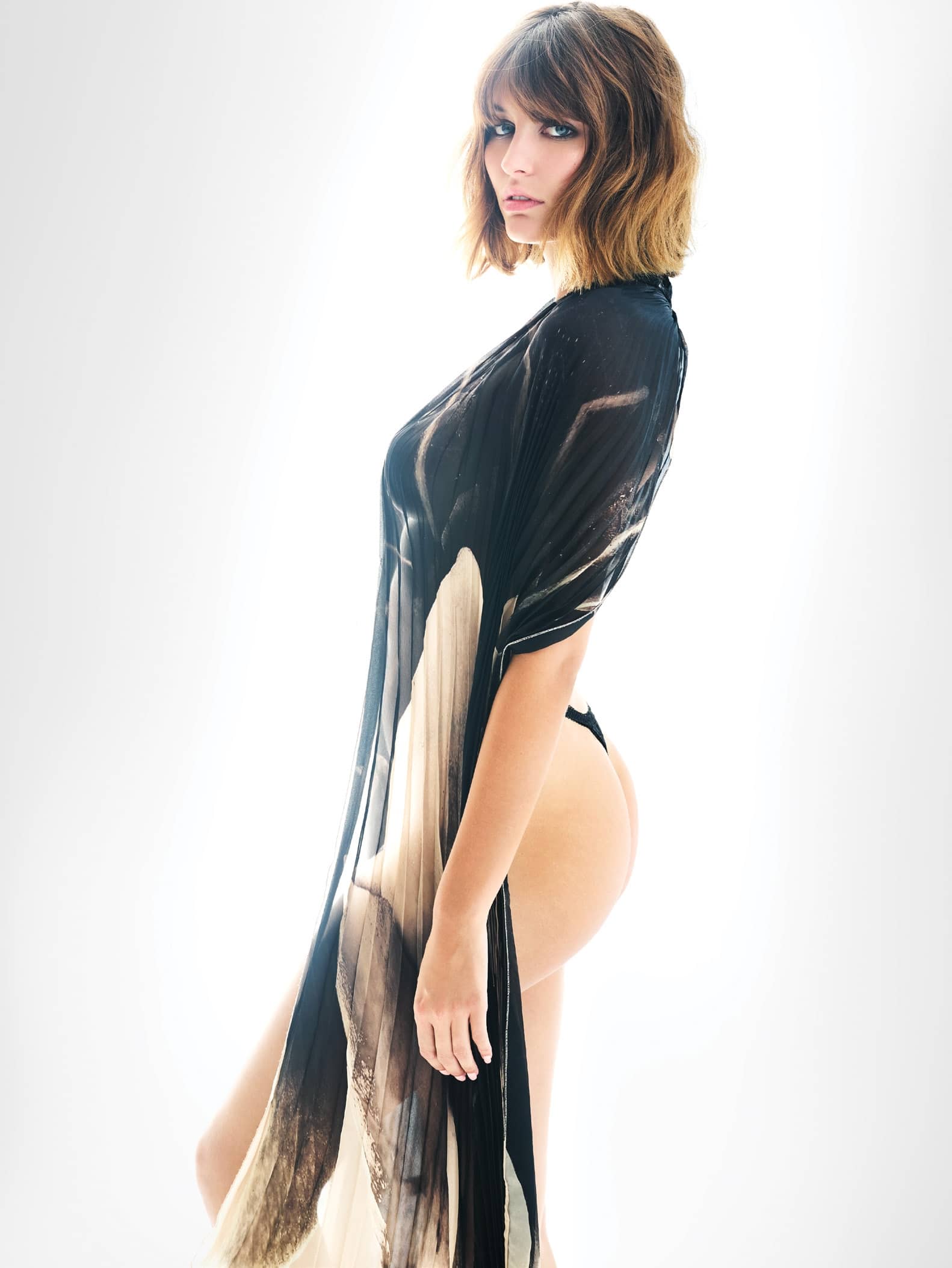 Her current hectic life as a model in the French capital stands in contrast to her upbringing in the village of Dégagnac with its nearly 700 inhabitants, just under two hours drive from the city of Toulouse in southwestern France, where her family lived in a house next to a farm. “I was quite shy and felt most at ease with the animals,” she laughs. “When I met people I did not know, I was often a little suspicious and did not say much. That’s what my parents have told me.” 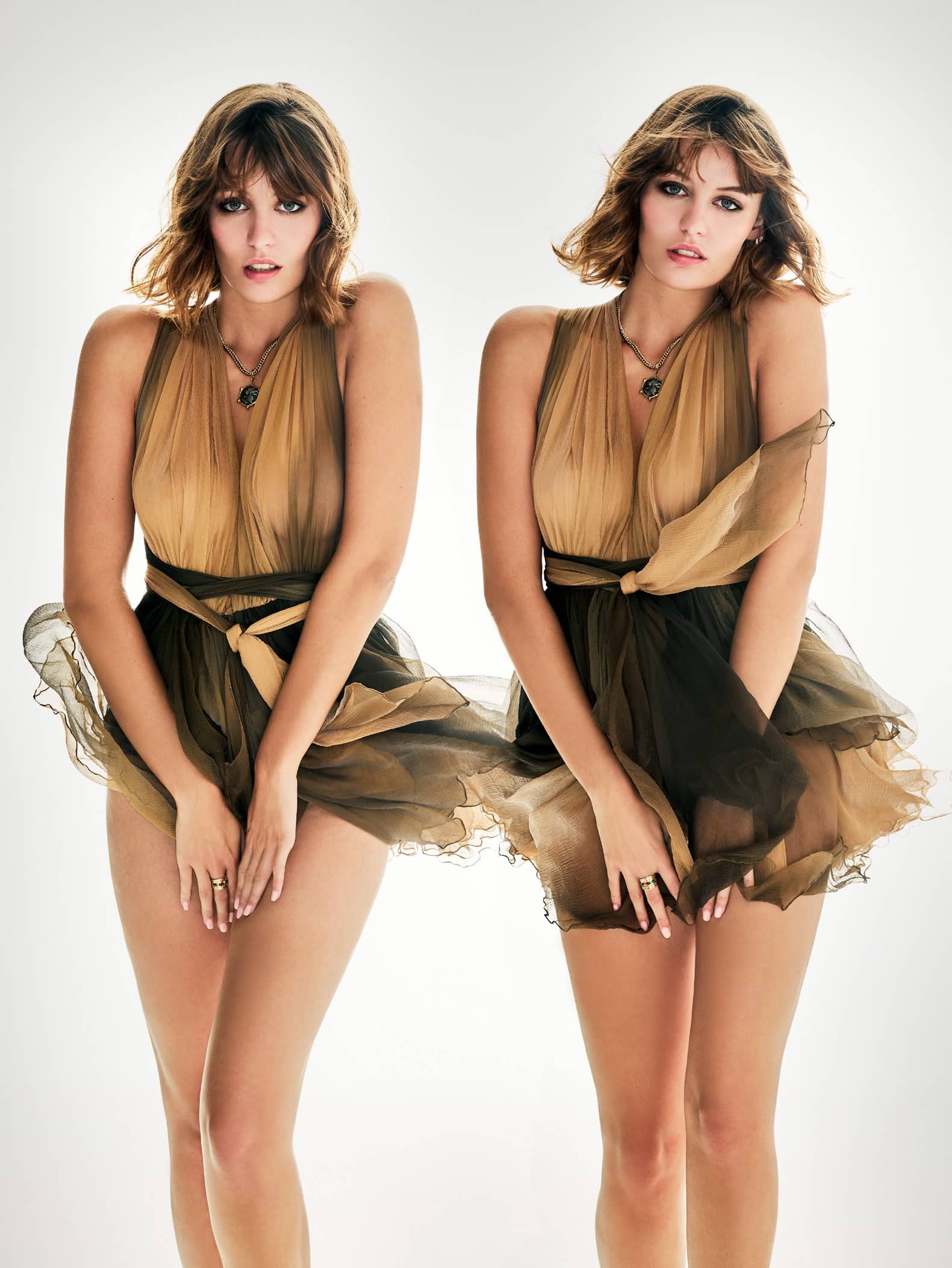 At a young age, she dreamed of becoming a veterinarian. Later, she abandoned that idea and studied photography in high school. Her interest in taking pictures came from her father who is an amateur photographer and frequently used Lena as a model. “I felt quite lost in what I wanted to do in life,” she recalls. “But in high school, I did my internships with various photographers. They told me that I should try modeling and I thought that it might be cool to try.” 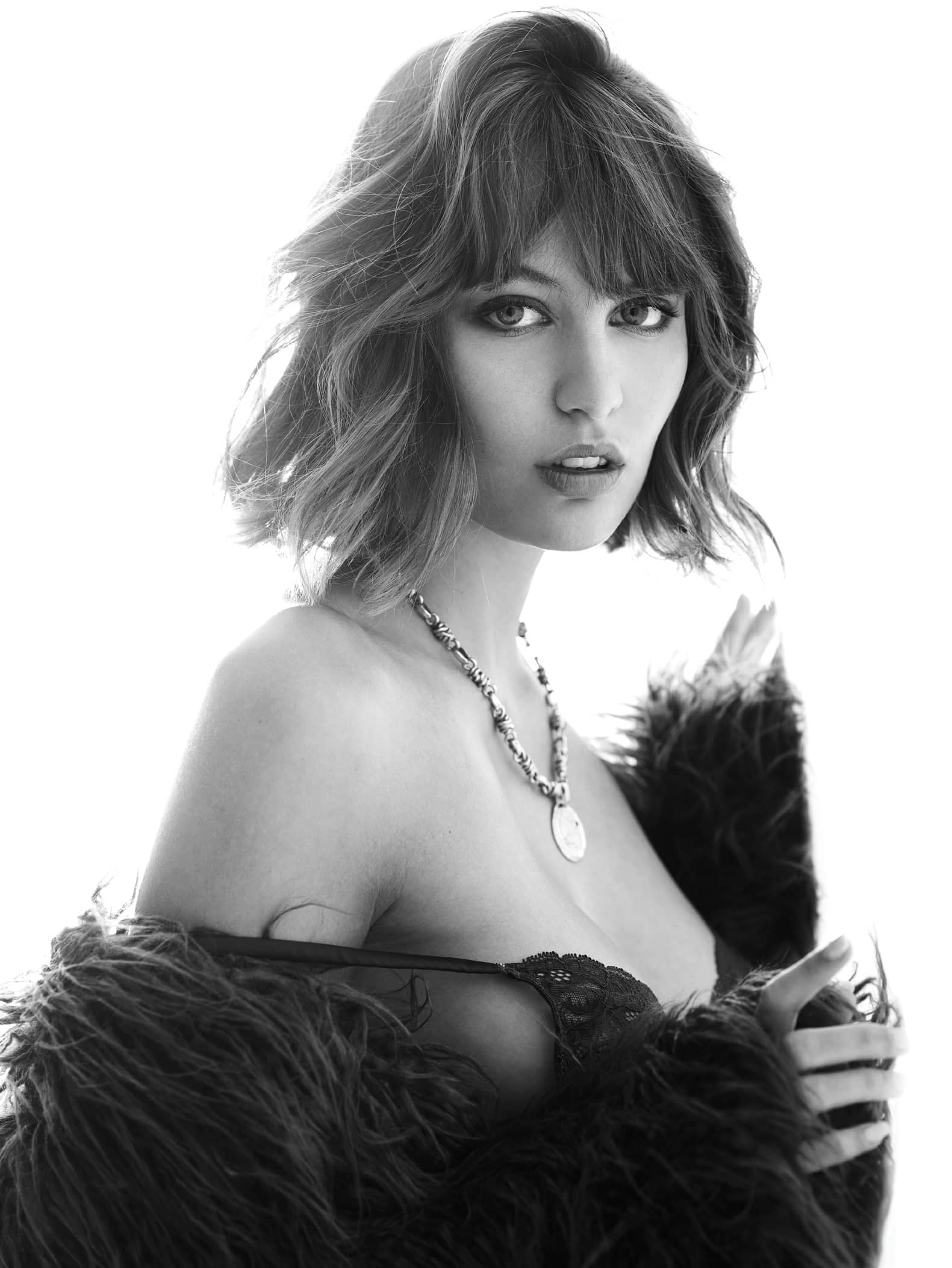