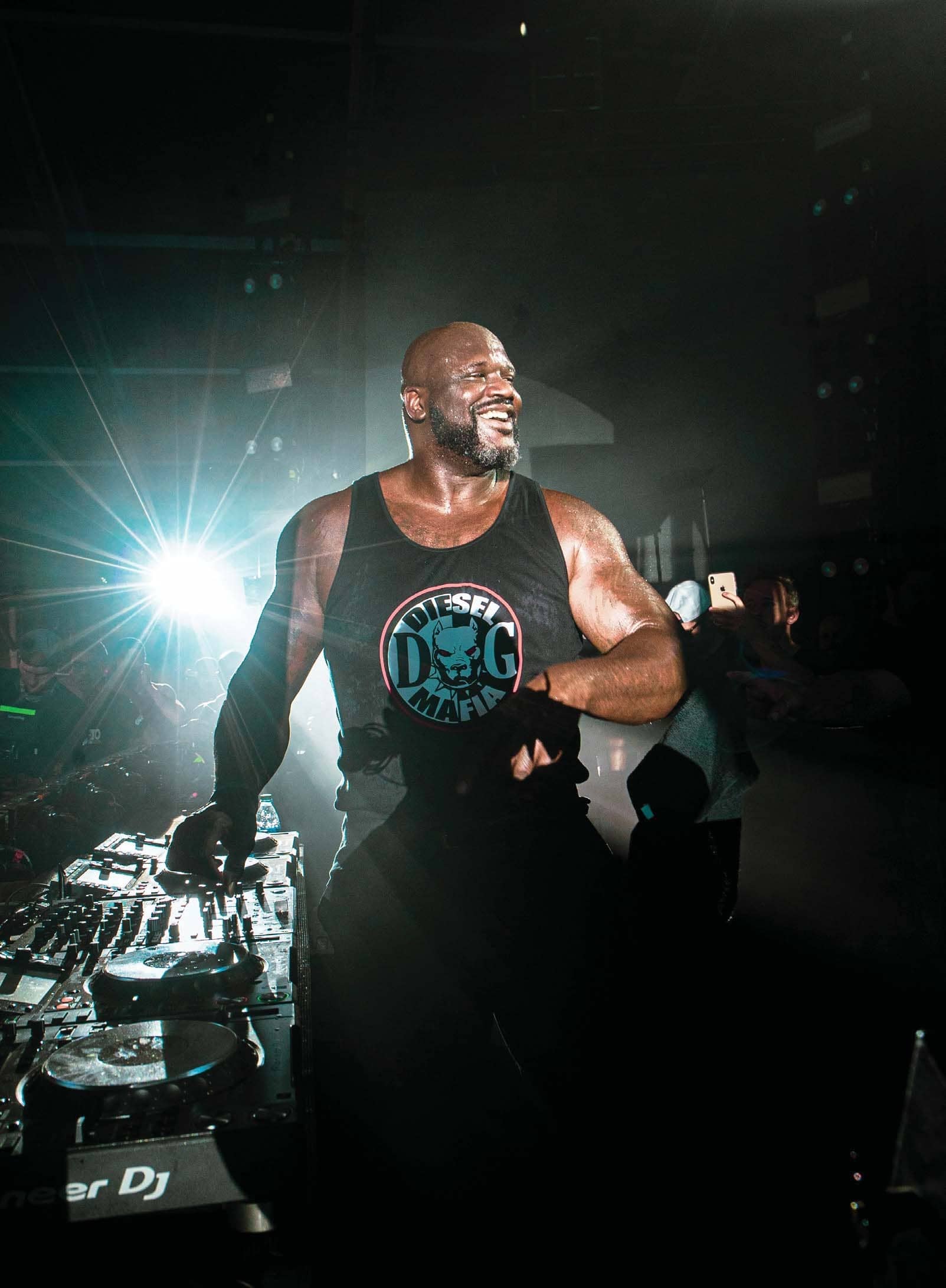 Shaquille O’Neal’s second act as DJ Diesel, “one bad man behind the decks”

He was the giant that ate backboards when he entered the NBA in the 1990s. Added to that notoriety were three back-to-back championships with the L.A. Lak-ers between 2000 and 2002, adding another with the Miami Heat in 2006. But Shaquille O’Neal isn’t just one of the best centers to ever play basketball, he’s also a successful businessman, actor and platinum selling DJ. In fact, music was his life before it got hijacked by basketball.

“I have been DJing since the eighties,” Shaq tells Maxim. “Music has always been in my blood. I was that guy spinning at frat parties after my basketball games, in the locker room, and making mixtapes.”

His five albums in the 1990s are now bookended by his post-NBA career as Diesel, touring Europe and later bringing down the housee at the 2019 edition of Lollapalooza. Diesel rediscovered his passion for beats at TomorrowWorld EDM festival in Chattahoochee Hills, Georgia.

“I showed up not knowing what to expect and was blown away seeing hundreds of thousands of people dancing and having the best time of their lives,” he recalls. “The energy reminded me of a championship game seven atmosphere. Before every drop I envision myself throwing down a massive dunk on a big man. And when the crowd goes wild it takes me right back to those moments on the court.”

Here, Diesel talks about his music career, the passing of former teammate Kobe Bryant, the time Michael Jackson tried to buy his house, and why the championship Golden State Warriors would have no chance against his Lakers team of yesteryear.

It started out a little rocky, but by the time you got to Lollapalooza you were nailing it. What was the key to making the tour work last year?