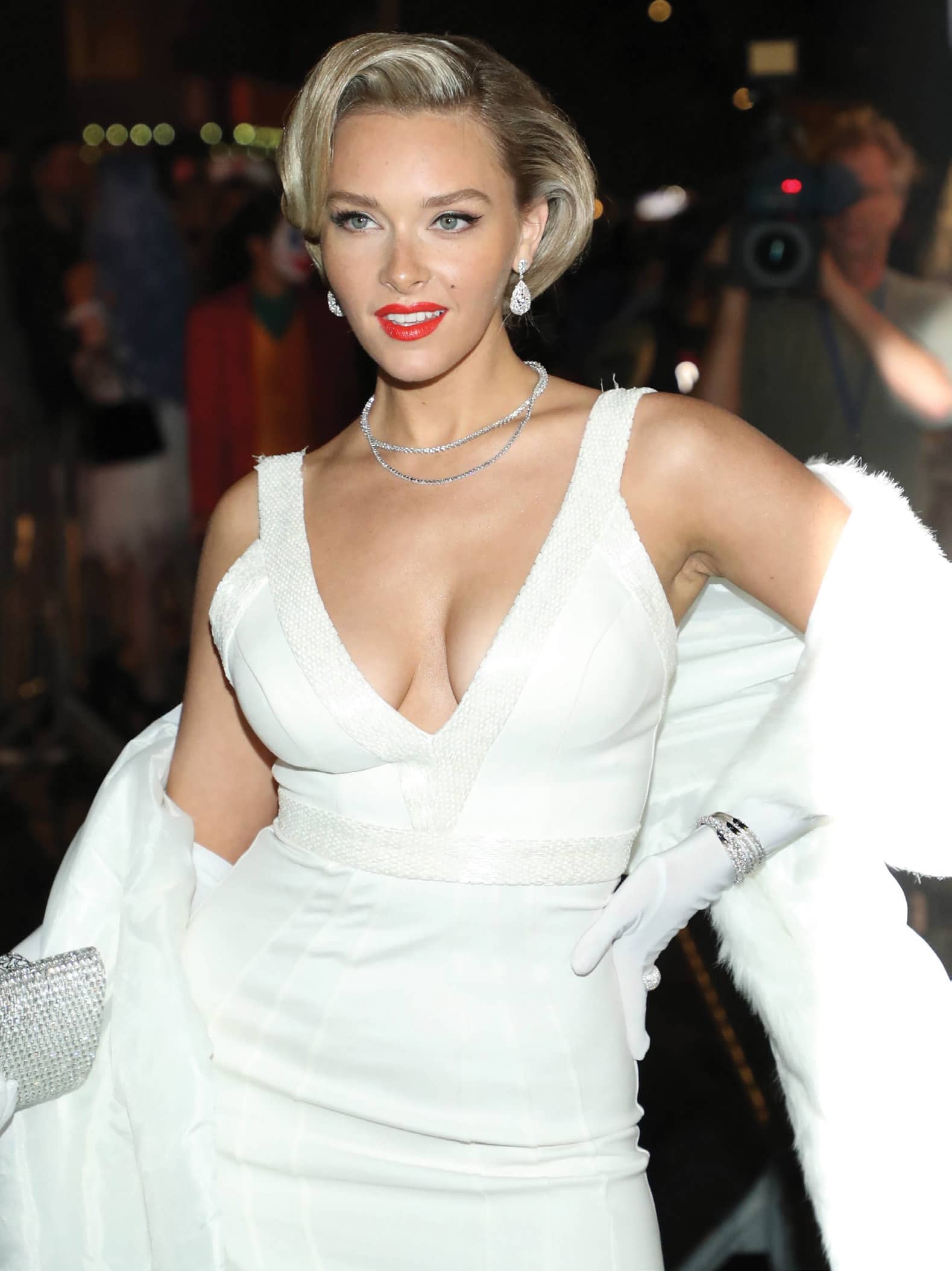 One of Camille Kostek’s earliest ambitions was to become a New England Patriots cheerleader, which she did while still a college student. Another was to fall in love, which she did with her partner of five years, Rob Gronkowski—“Gronk” to fans, five-time Pro Bowl tight end for the Patriots for nine years, including three Super Bowl wins; and land the cover of a major magazine. So, at 28, she’s pretty much done it all, except….

“You’ve been in the movie theater and you think, oh that would be so cool to be on the big screen like that,” Kostek tells us, revealing a new item she just checked off her wishlist. “My name is now ‘Bombshell,’ ” she says of her character in the upcoming Ryan Reynolds sci-fi action comedy, Free Guy. Originally, her character was called “Beauty,” but not anymore. “It was quite the name to live up to when you hear castmates saying, ‘Good morning, Beauty. Good morning, Bombshell.”

In it, Reynolds plays Guy, a non-player character in a violent open-world video game. When, through a hidden mechanism, he becomes aware he’s in a game, he takes action to save the world from being shut down by developers. Kostek is cryptic about her role, revealing only, “I just love the bad guys in the movie. I’m very attracted to them.”