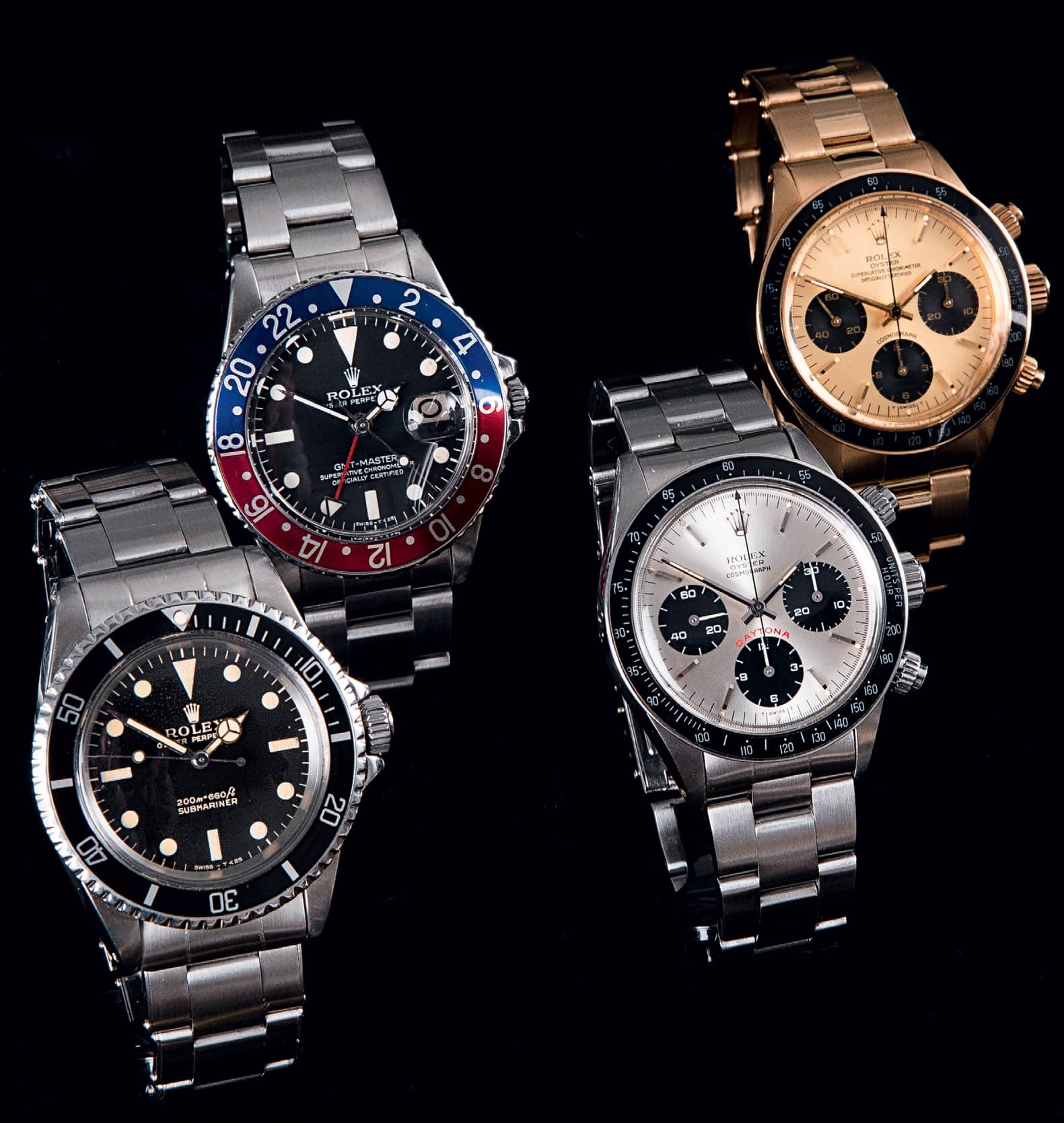 Stroll through London’s famed Burlington Arcade in the heart of Mayfair, an enclosed array of exclusive shops that has catered to well-dressed gentlemen for over 200 years, and one’s eye cannot help but be drawn to the extraordinary display of watches at the far end–hundreds and hundreds of rare Rolexes, each seemingly more valuable than the next. This is The Vintage Watch Company, which celebrates its 25th anniversary this year, a mecca for Rolex collectors, who include some of the most stylish men on the planet.

Want an early “Big Crown” Submariner identical to the one worn by Sean Connery in 1962’s Dr. No? Or the 1970s Explorer II, which legend has it, was worn by Steve McQueen? Or the extremely coveted “Paul Newman” Daytona, made famous by the film and racing legend? The Vintage Watch Company will have several examples of each; and it’s an incredibly lucrative business these days, with the very rarest among the timepieces made by the iconic Swiss brand now reaching into seven figures.

At any given time the collection, billed as the largest in the vintage Rolex world, and certainly the largest on public display, numbers around 2,000 pieces. The shop is dedicated to watches produced from c.1910 through 1980, which are the most valuable, though it has more modern sports models as well. One popular pastime among collectors is to ask to see all of the watches from one’s birth year.