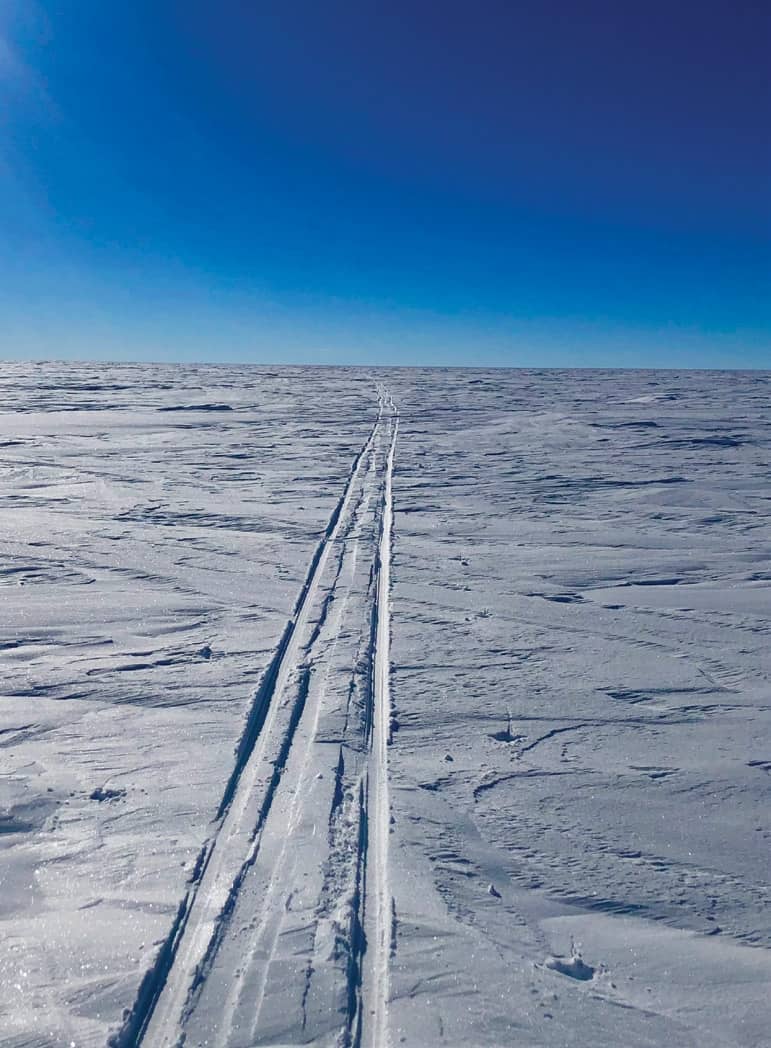 How an American Crossed Antarctica Without Losing His Way, or Himself

On December 26th, 2018, Colin O’Brady became the first person to traverse Antarctica solo, completely unsupport-ed and unaided. With no resupplies, he had to drag every-thing he needed for the journey, without so much as a kite to help pull his sled. It was a Herculean task, 932 miles and 54 straight days of a grueling, torturous existence as straining on the mind as it was on the body. His trek culminated in a 77 mile, 32 hour “sprint” to the finish, making him a candidate for one of history’s all-time polar expedition achievements.

At its simplest, it was a journey from a very cold Point A to a very cold Point B. In a sense, it was a task as straightforward as can be described, but to look beneath the simplicity of it is to see the grueling preparation, the scientific approach to logistical and physical challenges, and the constant presence of disaster or even death, one’s constant potential companions on the ice sheets of Antarctica.

Colin O’Brady is an inspiring guy, to say the least. Maybe it’s his contagious positivity, or his sense of humor, or his optimism and happy-go-lucky demeanor. The undeniable truth is that O’Brady completes superhuman tasks, and he does them with less complaining, self-pity or cynicism than many of us succumb to in our mundane daily lives. It’s impressive, it’s admirable, it’s definitely inspiring. But let’s be honest, it’s also infuriating.

Speaking to Colin O’Brady is for most of us like looking into a fun-house mirror in which the image gazing back at us is the best version of ourselves. The version who has direction and purpose, the version who not only dreams big, but follows through on those dreams. The version who achieves great accomplishments personally, but with the ultimate goal of positively impacting the lives of others.

Perhaps it’s envy or jealousy; those would be natural reactions, but the unavoidable fact remains that you simply can’t dislike the man, or the manner in which he lives his life. It’s unapologetic but respectful, and purpose-driven but largely based on symbolic achievements with little obvious tangible benefit. It’s also isolated and remote and disconnected from the world in a way few other lives can offer, but it’s done with the ultimate goal of connecting people. O’Brady seemingly lives a life full of contradictions, yet hearing him describe it, he’s achieved a balance that most of us can only aspire to reach. Speaking with Maxim, shortly after returning from his successful crossing of the southernmost continent, O’Brady’s energy and enthusiasm seem undiminished; if anything he seemed rejuvenated rather than recuperating when we spoke with him.