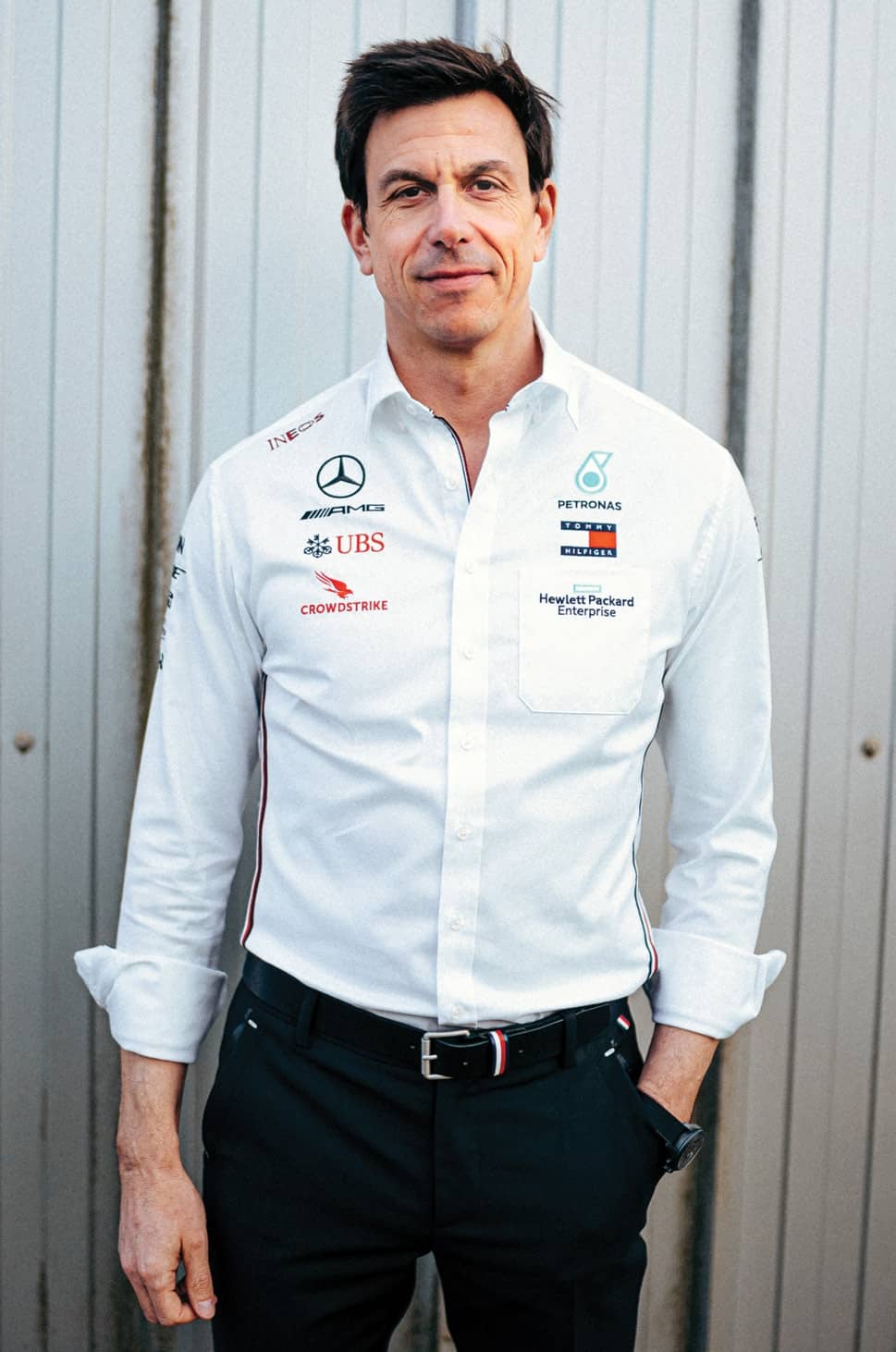 Where to begin with Toto Wolff? For even casual fans of Formula One, Wolfflooms as a giant. In less than a decade the 48-year-old Austrian has elevated his name to equal the greatest managers in the sport’s history—paralleling legends like Enzo Ferrari, Colin Chapman and Sir Frank Williams. Since becoming a shareholder, Team Principal and CEO of Mercedes-AMG Petronas in 2013, Wolff has galvanized what had been a mediocre midfield team into an unassailable scimitar of domination, capturing 96 of 130 checkered flags and securing 103 pole positions. His team’s current hegemony is unmatched, winning an unequaled six consecutive double (Constructors and Drivers) world championships—the all-time record for F1. His pairing with Lewis Hamilton, whom many consider the greatest driver of all time, has now raised the duo to truly rarefied status.

Although you raced as a young man, you made your name in venture capital. But finance seems completely different from the operational aspect of running an F1 team. How did you make the transition?

I think running a Formula One team, you need to have a knowledge about motor racing. Certainly my previous racing experience helped me, but then running a team is a lot like a normal company. It’s about finance. It’s about making the right investment decisions. It is about forming the right organization, understanding which insight is needed, identifying weaknesses and strengths. This is very much what I did in private equity, putting together the best possible team. And I think today we have a very strong group of people that has joined on this journey [in F1]. We have tripled the sponsorship. When I joined, it was on a level that was almost ridiculous.

Today we probably generate the highest income in sponsorship in all of Formula One. We’ve really uplifted our broadcasting revenues; we are almost profitable. On top of that, we have €3.5 billion of advertising value that we generate for Mercedes-Benz and the partners. So it’s very much like a conventional company with the difference that we are being benchmarked 21 times a year, and we are only as good as our last race. This is an area where I basically learned on the job how to motivate our people, how to energize the organization, how to develop everybody, and how to implement culture and values that bring us performance. This is actually I would say my core competence in the exercise and something that I really enjoy doing.