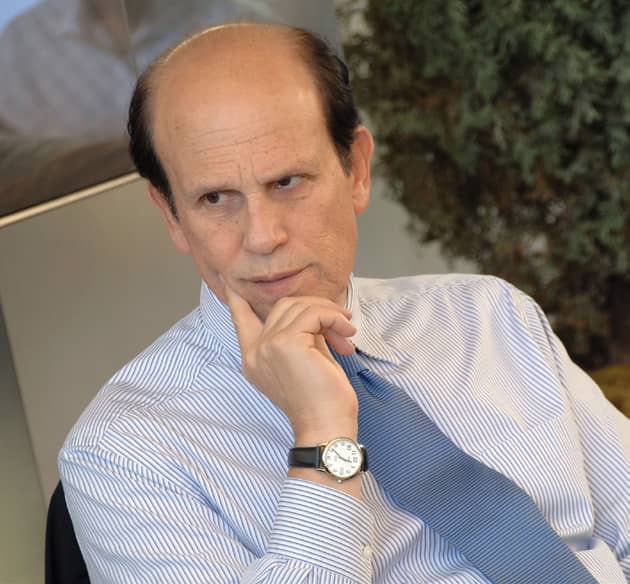 History is full of great men who not only achieved massive success, but left behind a legacy of innovation and progress that outlive the men themselves. Becoming such an icon in a single field is enough to ensure one’s place in the annals of history… think Thomas Edison, Henry Ford or J.P. Morgan.

Now imagine having the intellect, drive and foresight required to be considered a legend in not one but two distinct fields. This is the level of accomplishment, and impact, for which society can thank Michael Milken, the financier and philanthropist who hasn’t just thrived in his areas of focus, but has completely reformed them in ways that will continue to advance society long after he’s gone.

Milken, now 74, remains one of the most influential financiers in modern history, second only to J.P. Morgan. His financial insights and wisdom played a pivotal role in the success stories of countless companies and businessmen in the last five decades. His Milken Institute Global Conference, often referred to as the “Davos of the West”, draws the global elite together to attempt to tackle some of the world’s most dire challenges through collaboration and coordination.

Through his philanthropic causes, he has had an undeniable impact on areas such as public health, medical research, education and perhaps most significantly, cancer research and treatments. But these statements, if anything, understate the vast impact that Milken has had on both America and the rest of the world.

Before Michael Milken was a powerhouse on Wall Street, he was a middle-class Jewish kid born in Encino, California in 1946. It was during his years as an undergraduate at University of California, Berkeley, and then while getting his MBA at the Wharton School of the University of Pennsylvania, that his interest and curiosity in financial markets led him to deeply explore the credit and bond markets. What he uncovered would change both Wall Street and Main Street in ways that are still hard to fully comprehend.

In layman’s terms, Milken realized that when properly structured, investors could make a greater return in riskier, higher-paying bonds than in the “safer,” lower-yielding variety that Wall Street mainly utilized and issued on behalf of corporate clients in the second half of the 20th century. This upended many assumptions about risk in the bond market. The mainstream banks wouldn’t issue bonds on behalf of younger or riskier companies, brands or entrepreneurs, cutting offa source of financing necessary for such enterprises to survive, and eventually thrive. Despite this enormous apparent demand for capital, the banks stubbornly refused to consider most of these opportunities, perhaps due to antiquated assumptions or a simple lack of foresight.

To Milken, this was a life-altering opportunity. Contrary to popular belief, Milken did not invent the high-yield bond. In fact, they had existed for some two centuries before he even arrived on the financial stage. But Milken was the man prophetic enough to see the utility of such investment vehicles in the modern economy. Additionally, he saw not just one opportunity to reform the capital markets, but two distinct areas where he could put his ideas into practice.

The first area was encouraging higher-risk entities like startups and emerging organizations to issue high-yield bonds as a way to secure the investments their ventures required without relying on the traditional Wall Street capital markets that had ignored them.

The second opportunity was due to the fact that despite being a centuries-old investment vehicle, high-yield bonds were rarely issued and the market for these bonds was quite small. If Milken wanted to capitalize on this shift towards high-yield bonds, he would also need to be a driving factor in growing these markets, often leading the issuance of bonds on behalf of these up-and-coming companies. Again, just as with the bonds themselves, Milken didn’t invent the high-yield marketplace, but he was largely responsible for the growth of the industry into the behemoth it has become today and the wide acceptance of these techniques as valid methods for capitalizing new industries and the economy as a whole. What was a controversial theory back in his academic days in the 1960s, is now widely taught at elite business schools.