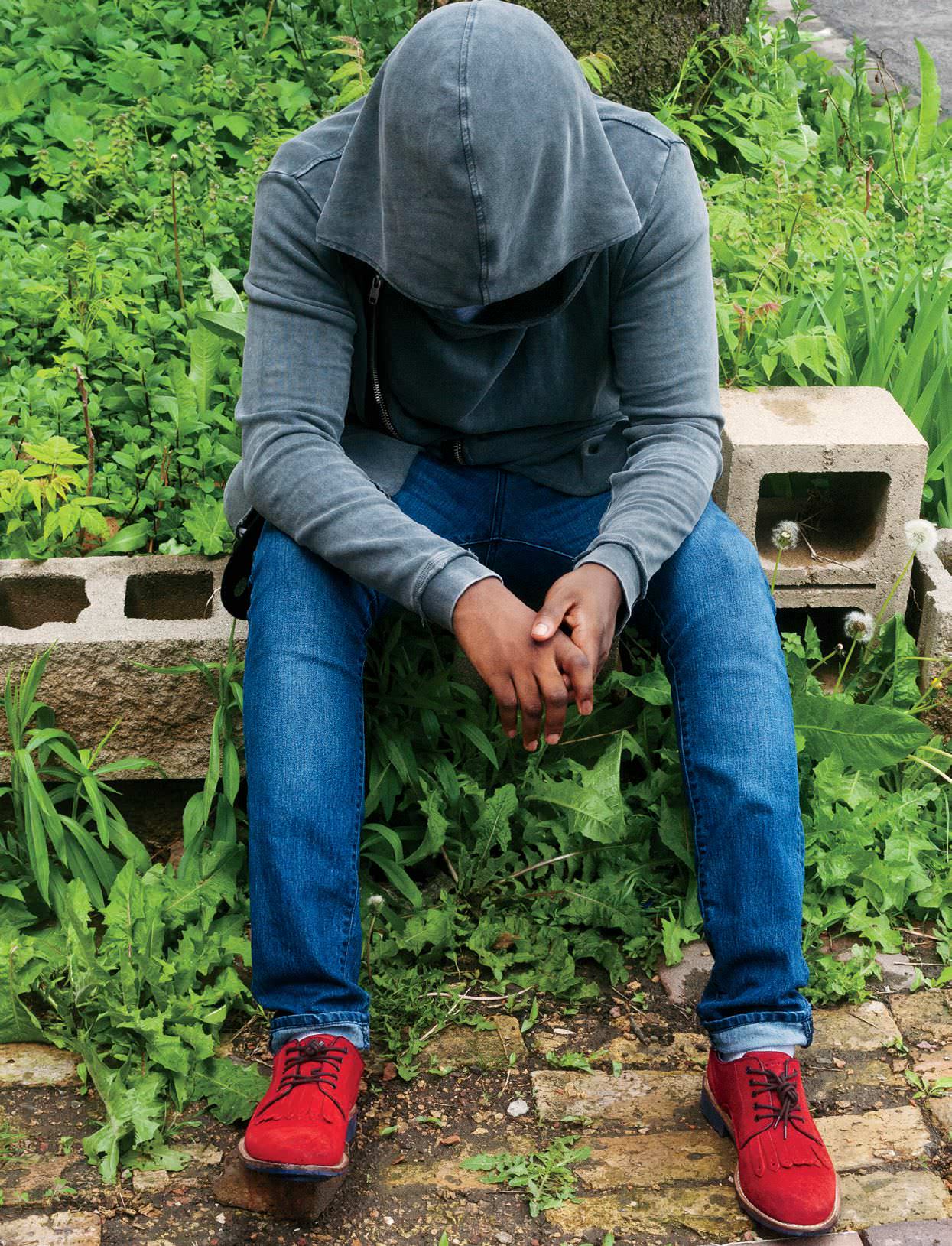 THE UNDERGROUND R&B SENSATION IS POISED TO BREAKOUT, WITHOUT EVEN LETTING THE WORLD SEE HIS FACE.

APPLEBY’S VISAGE IS ROUND, even cherubic. His eyes widen, and he’ll flash a fluorescent smile every time he gets excited about a topic of discussion. Which is often. But you’ll have to take my word for it, at least for now. The 23-year-old singer-rapper, who has drawn comparisons to the Weeknd, both for his velvety voice and the mystery he cultivates, refuses to be photographed. In fact, he has so far managed to keep his true identity a complete secret.

In pictures, Appleby’s face is obscured, tucked underneath an overcoat. But right now, at a studio we’re at, he’s completely present, every garrulous, goofy inch of him. “Yo! How’s it going, my man?” Appleby bellows, all wide-toothed smile and chirpy, come-here-bro charm, wrapping me in a hug.

He bounds about the studio, back and forth between the recording booth and the control board, where a dreadlocked engineer puffs a marijuana pipe. As to why he won’t reveal himself to his growing fan base? “For me, it’s just plain fun,” he says, “It’s my way of allowing people to interpret the art first, and formulate their own opinions about me before seeing me.”