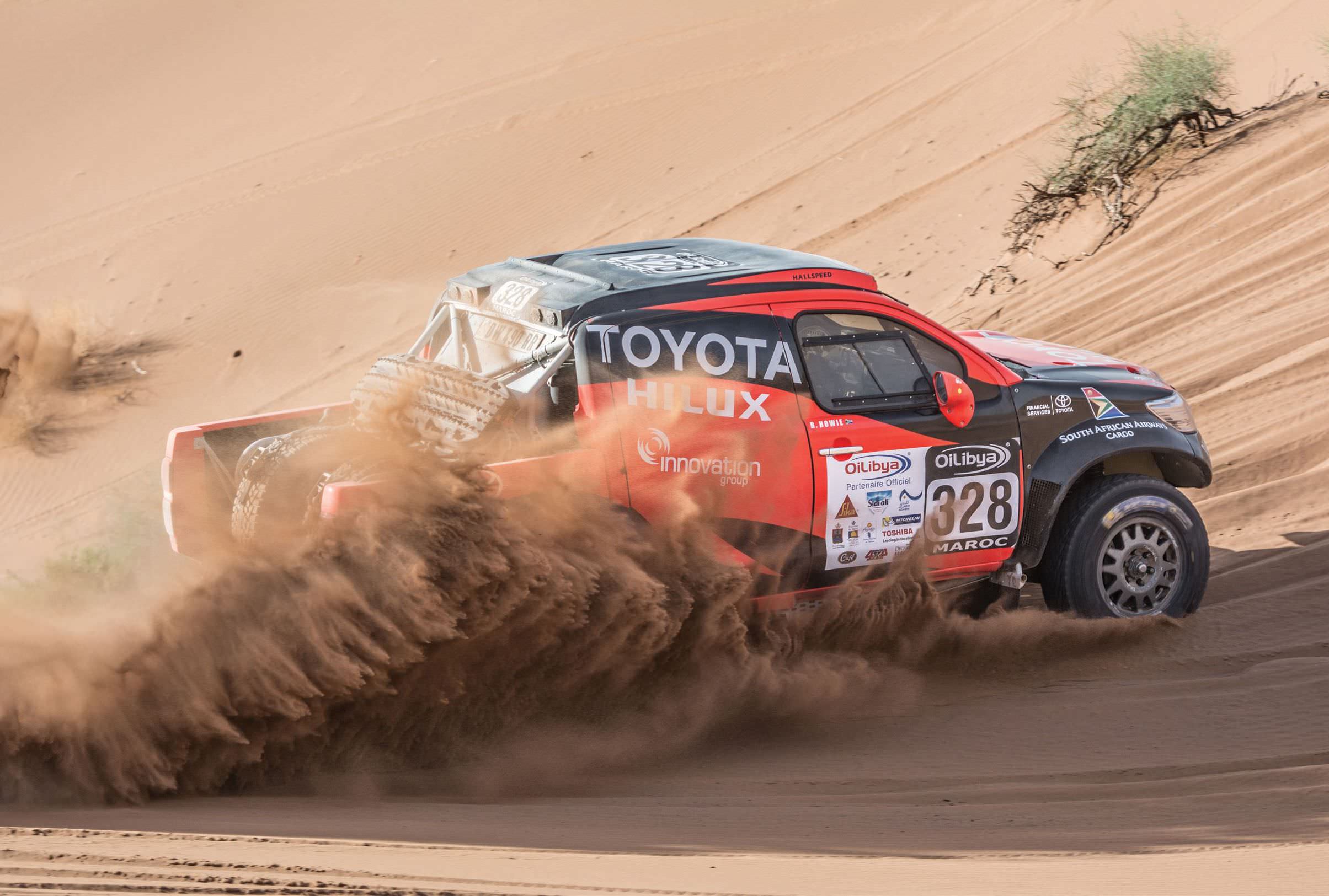 The Bridgestone racer of the year gives us insight to the 2016 Dakar and his experiences of good, bad and near death.

Leeroy Poulter has been riding bikes since he was two years old, and now at 34, he has raced internationally and won more than half of the 2016 SA National Rally Championships stages. We chat to the Bridgestone Racer of The Year about burning cars, his wins, and how having his biggest supporter by his side motivates him.

You just turned 34 years old, and you have 29 years of motorsport experience. That means that at the age of 6 you were already on wheels! Who was the person that got your interest piqued in this sport?

My late father, Norman Poulter, was involved with motorsport for many years so it was a natural progression for my brother and I to become involved from a young age.

What was the turning point for you to change from motorsport to karting in 1994?

I started racing Motorcross when I was 6 years old and then moved to karting when I was 9 years old because of a badly broken leg. My parents thought karting would be a safer option. I won the 100CC Stock Championship in 1996, and then I started circuit racing for Opel in 1997 while simultaneously karting.

How did it feel getting your first invite from Opel to race in the GP N Championship, considering you were the youngest competitor?

It was an honour to even be considered to test for the position. I was put up against a number of very talented drivers at that time who had all been involved with circuit racing for a long time while I was still only karting.