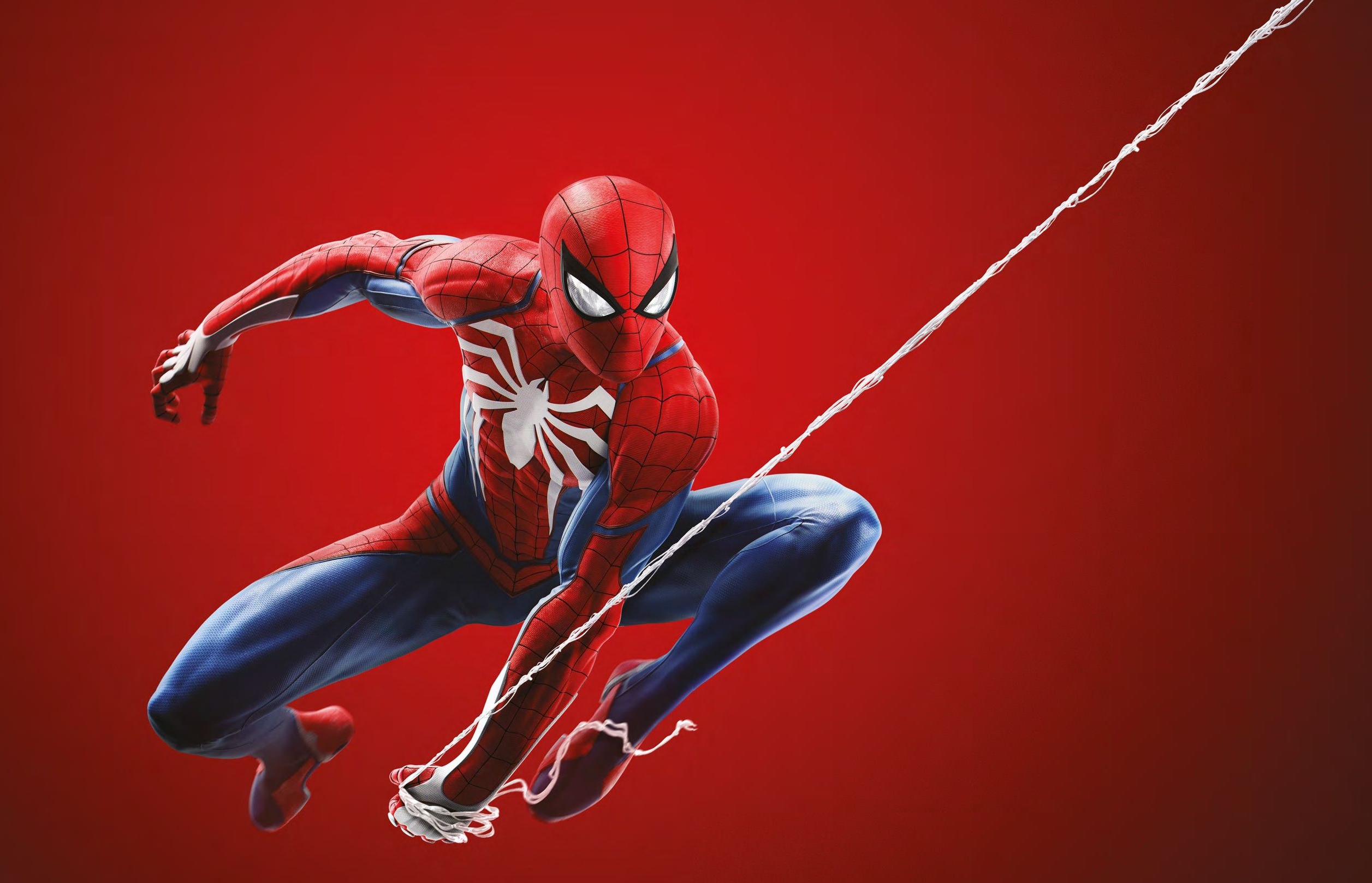 Insomniac Games set out with a singular mission. To provide gamers with a platform through which they could truly experience what it is like to be Spider-Man. To live in that suit and swing around New York City. Mission complete!

“You may have noticed that our most recent trailers feature the Marvel flipbook logo at the beginning,” starts James Stevenson beaming with pride. The community director at Insomniac Games has been with the company for 12 years, but it’s clear 2018 is set to be his most exciting yet. “That’s the f irst time ever a Marvel video game has been given permission to use that logo. When you see that Marvel flipbook at the start, it’s like a seal of quality. That’s when you first get the chills and think, ‘this is a Marvel experience. This is a blockbuster experience.’ ” Stevenson has good reason to be proud. Simply titled Marvel’s Spider-Man and releasing exclusively to PlayStation 4, the new title from Insomniac Games is sumptuous. It’s gorgeous. It’s exhilarating. The flipbook may be the tease, but within seconds of your first swing, looping between skyscrapers low over the bustling city streets, you know you’re in for a special experience. This is polished gaming at its blockbuster best.

Surprisingly, Marvel’s Spider-Man is the first time Insomniac Games has worked on a licensed product. Over the course of a glorious 22 years, the studio has excelled at creating and building out beloved worlds and characters of its own. Spyro the Dragon, Ratchet & Clank, Resistance and Sunset Overdrive are just a few of the big name series created by the Californian team.

So it should come as little surprise that Insomniac set its sights much higher than your typical “movie-based game.”

“This is brand new Spider-Man universe,’ Stevenson explains of his new game. “It’s not tied to any existing comic or film. In our experience, Peter Parker is 23; he’s just out of university; he has a job as a scientist; he has been broken up with MJ for six months and they haven’t spoken to each other when the game starts (although they do end up thrust back together). Even the side characters in our universe are in very different roles. Norman Osborn is mayor of New York, for example. MJ is an investigative reporter at the Daily Bugle. Miles Morales exists in this universe. So it’s a Spidey universe unlike any you have seen before.”

Comic fans who may be worried that Insomniac Games may have taken too many liberties with their beloved character need not worry. Experienced Spider-Man scribes Christos Gage and Dan Slott worked extensively on the story. In fact, rather than hindering the process, Stevenson is adamant that Marvel’s presence pushed Insomniac to create a higher quality title.

“We made this game in super tight collaboration with Marvel and Marvel Games from the very beginning. Marvel wasn’t putting up roadblocks or anything like that, it was more from the perspective of wanting to help us make a great Spider-Man game. They basically just asked what we wanted to do. They invited us to mix it up and even do something new that nobody had ever seen before. We both wanted to something fresh and it was great working with them to put all the pieces together and it was straightforward to get approvals when needed.”