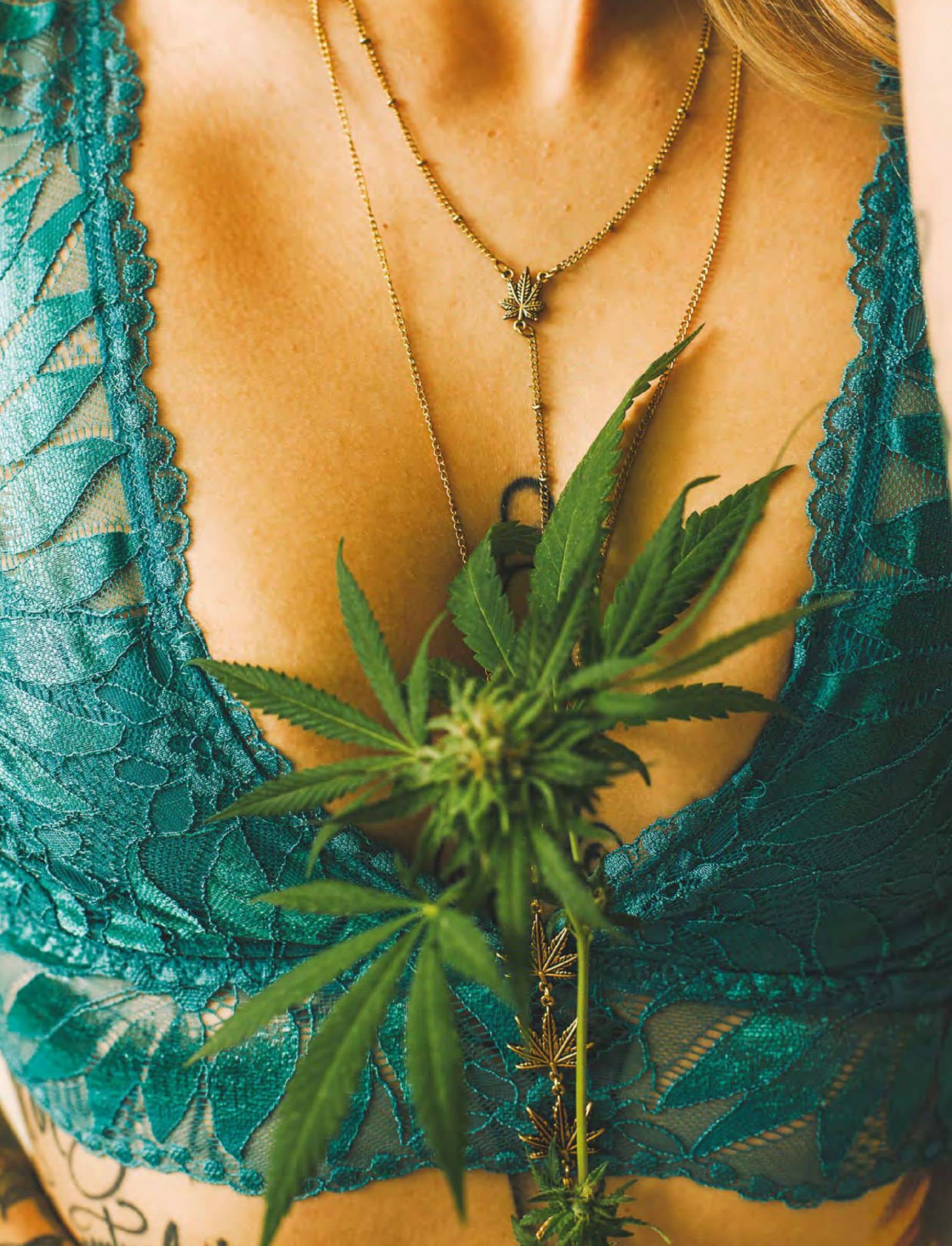 Does cannabis improve your love life? We explore the pros and cons…

First things first: I am biased. I love smoking weed before sex. I have my most intense orgasms when I’m high. I’m way more engaged with the entire experience and there’s a way deeper sense of pleasure because of it. For me, it seems like a no-brainer that weed and sex make excellent bedfellows. Weed makes everything better — it makes food taste better, it makes music sound better and naturally it makes sex better, too. Surely if chocolate is considered an aphrodisiac, so should weed. Alas, I’ve found this is not to be the case.

There’s no scientific evidence that proves cannabis is an aphrodisiac (same goes for chocolate, actually) despite it being used with and for sex for thousands of years. Some studies say it increases libido and others that say it suppresses libido. Some say it causes erectile dysfunction and others say it cures it. I decided to gather my own data. I asked around. My friends, all in all, had positive things to say, a resounding thumbs up. One said it makes him a “sex pest”. Another friend said she didn’t orgasm at all until she had sex stoned.

The most nuanced answer was probably my friend who said sometimes he gets caught in his high thoughts but his girlfriend really gets off and ultimately that makes it a positive influence in his sex life. I did hear, through the grapevine, about how a friend of a friend had sex with a stranger who wanted him to hit it from behind while she hit her bong. None of this really helped with the bias problem anyway. I wanted answers. Does weed actually make sex better? I turned to the good ol’ worldwide web. I read articles and scientific papers, I combed through Reddit, I watched YouTube videos and even had a look at some weed porn (which, yes, is a thing).

Let’s turn to the history books. The bond between sex and cannabis goes way, way back. Almost every ancient civilisation, in one way or another, connected the two. In the 2,000 years before Christ, civilisations of Ancient Mesopotamia often used cannabis, mostly as an incense for spiritual reasons. The Aryan fire-worshippers introduced cannabis and eroticism to Mesopotamia through a drink called haoma. It contained cannabis and ephedra, a naturally-occurring amphetamine. In fact, there are plaques depicting women bent over an altar drinking through a straw, men entering them from behind.

In Ancient Egypt, there is evidence women used a mixture of weed and honey that they inserted vaginally to help with childbirth and menstrual cramps. There are written records connecting the dots between weed and an increased sex drive as well as the positive effects of hemp seeds on male fertility. Some people in Ancient Rome worshipped the Greek god of the erect penis, Priapus. There were rituals in which men received dildos coated in a special concoction of snake venom, alcohol, ivy and cannabis. The aim being a spiritual erection in honour of Priapus that ended in intense highs and orgasm. However, there’s also evidence that the Romans prescribed cannabis as a sex suppressant.

Probably the most notable ancient civilisations using cannabis and sex in tandem is those that practiced Tantra as early as 700 AD. With influence in both Hinduism and Buddhism, the Tantrics believed having sex while high was a spiritual experience that created oneness between the parties involved and more importantly with the universe at large. They served it in a milky drink called bhang which is still widely served throughout India today. In Ayurveda, the ancient medicine of Hinduism, they will prescribe cannabis, sometimes even the traditional bhang drink, for a wide range of sexual issues like low libido or premature ejaculation.

Despite humans treating weed as an aphrodisiac for time immemorial, today’s science is woefully inconclusive. There’s really no scientific research that proves cannabis has any direct influence on sexual experience. That doesn’t mean the connection doesn’t exist. Firstly, within the science of sex and sexuality, there are a lot of question marks. Pleasure is physiologically complicated, in and of itself, and becomes even more so when you bring in emotional, social and cultural factors. And with cannabis across the board, there just isn’t enough research — period. We have harsh drug classifications to thank for that. It creates an administrative barrier that makes conducting research difficult, sometimes even impossible. There aren’t rigorous double-blind, randomised, placebo-controlled experiments to test cannabis against sexual functioning. Mostly, there are self-reported surveys which are definitely interesting but ultimately pretty unreliable.