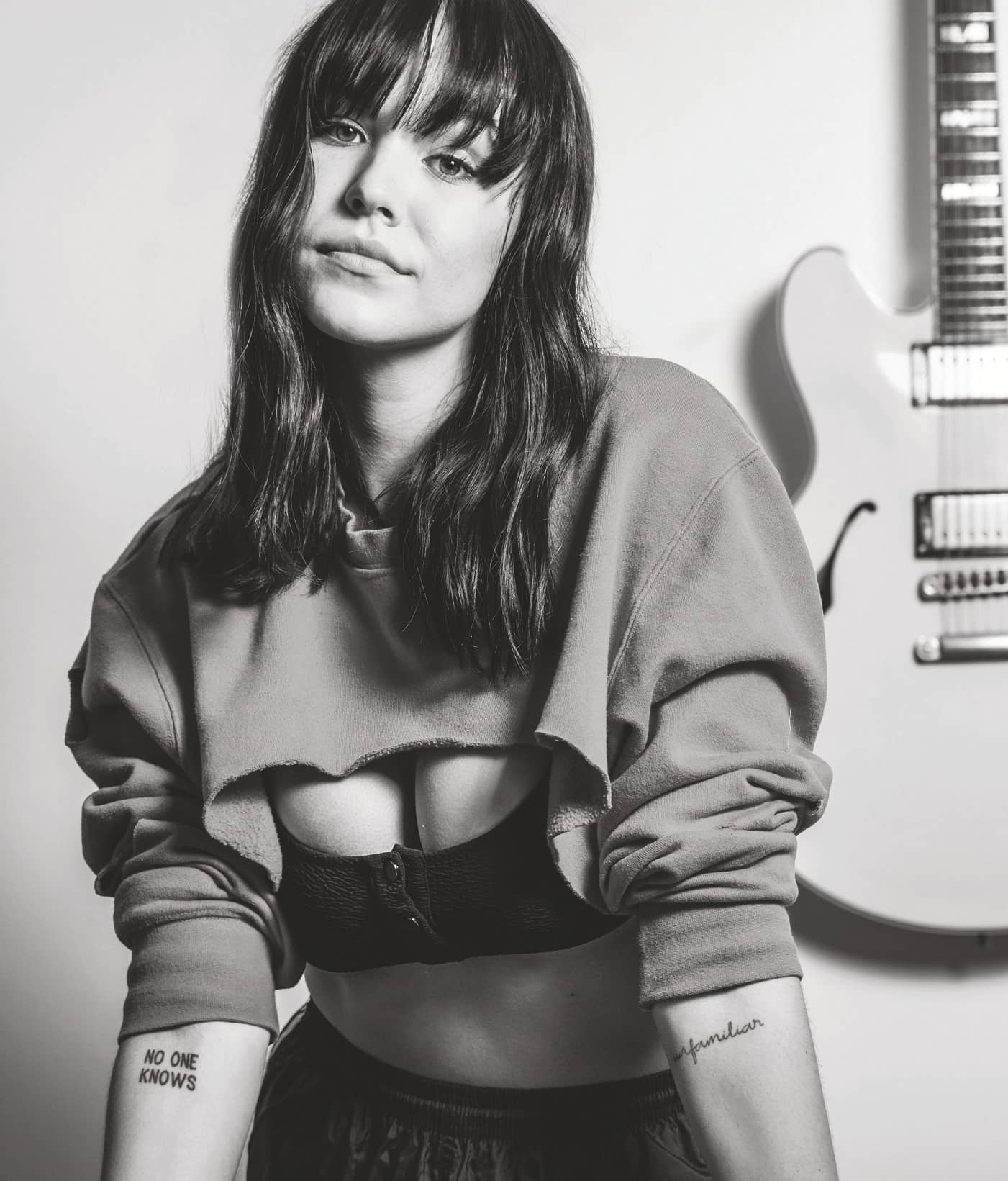 FOR CENTURIES PEOPLE HAVE ARGUED OVER THE ORIGIN OF MUSICAL TALENT. THEORIES ARE THROWN AROUND: MAYBE MUSIC IS AN ABILITY PASSED DOWN THROUGH GENETICS, OR MAYBE IT’S A SKILL THAT CAN BE LEARNED THROUGH HARD WORK AND DETERMINATION. IT’S AN INTRIGUING QUESTION BECAUSE THERE IS NO DEFINITIVE ANSWER, BUT AFTER SPEAKING TO SINGER/SONGWRITER UPSAHL, A GOOD CASE COULD BE MADE FOR MUSICAL TALENT BEING LEARNED THROUGH OSMOSIS.

“I grew up in a very musical household,” UPSAHL says. “My dad was playing in bands all through when I was growing up, he was super involved in the Phoenix punk scene. I would be, like, four years old, waking up to go have some cereal and there’d be this band crashing on my living room floor. So I’d have breakfast with all these punk rocker dudes and after seeing the culture and the music I was like, ‘I need to be a part of this.’ I was singing and putting on shows, like, before I could talk.” That was that. UPSAHL would spend all of her free time in her family’s music room, picking up instruments and figuring out how to play them. Music was always around her and it became the only thing she ever wanted to do. “My parents will tell you,” UPSAHL says with a laugh, “[music] was the only thing I was good at.”

The singer has come a long way since those performances for her family and whichever random punk band happened to be touring through Phoenix at the time. Even though she released an album while still in high school—titled “Unfamiliar,” it was the inspiration for one of her tattoos—it wasn’t until UPSAHL made the move to Los Angeles that her career really took off.