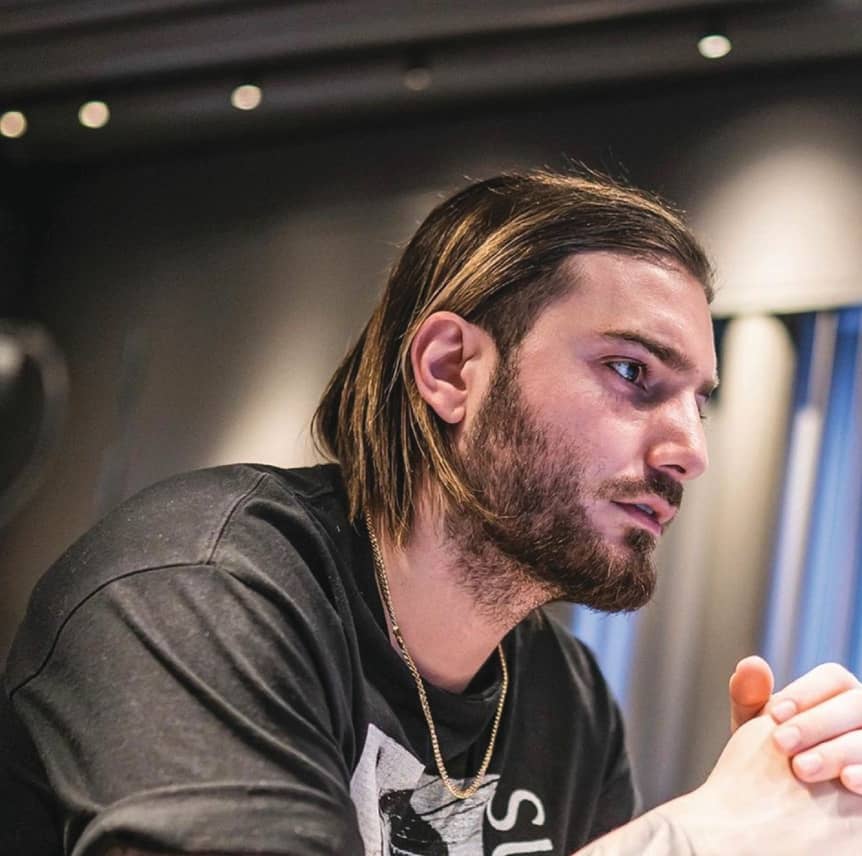 Before the internet and social media took over the music industry, many artists got their break by passing out demos in person or mailing them to labels for the chance of being discovered. Most of the musicians you hear today, however, found success by posting their songs and videos online, either growing an organic following or getting noticed by a celebrity. Alesso went with the old-school approach and got his work in front of his idol, Swedish House Mafia’s Sebastian Ingrosso. “I met him through his father in Sweden. He used to go to this coffee shop where my girlfriend was working at the time,” Alesso says. “She gave him my CD and he listened to it the same day, which is crazy.” Although he swears he would have continued pursuing a career as a DJ if Ingrosso had turned him down, this opportunity was a foot in the door of a very competitive industry. Ingrosso became a mentor to Alesso, or a big brother as Alesso calls him, helping the young DJ every step of the way. “He knew what to think about and what to focus on,” Alesso says. “He always let me do my own thing and he was never deciding things for me, he was just giving advice. And obviously I took most of his advice, because I trusted him and valued his opinions.”

Those first few years trying to make it in the EDM scene were tough and many nights were spent putting together songs. With Ingrosso helping him through it, Alesso had support that many up-and-comers lack. He was also coming up in a time when many DJs shared tutorials for music programs on YouTube, which artists from years past had to figure out on their own. With the right team of people behind him and modern technology on his side, Alesso was primed for success. But he soon learned from his mentor that these things will only get you so far when it comes to creating a lasting career. “I think one of the best things he said was that no one is going to care more about your career than you,” Alesso says. “Don’t expect people to go to war for you and make your dreams come true. It’s all you, all the time.”