REBEL WITH A PUNCH 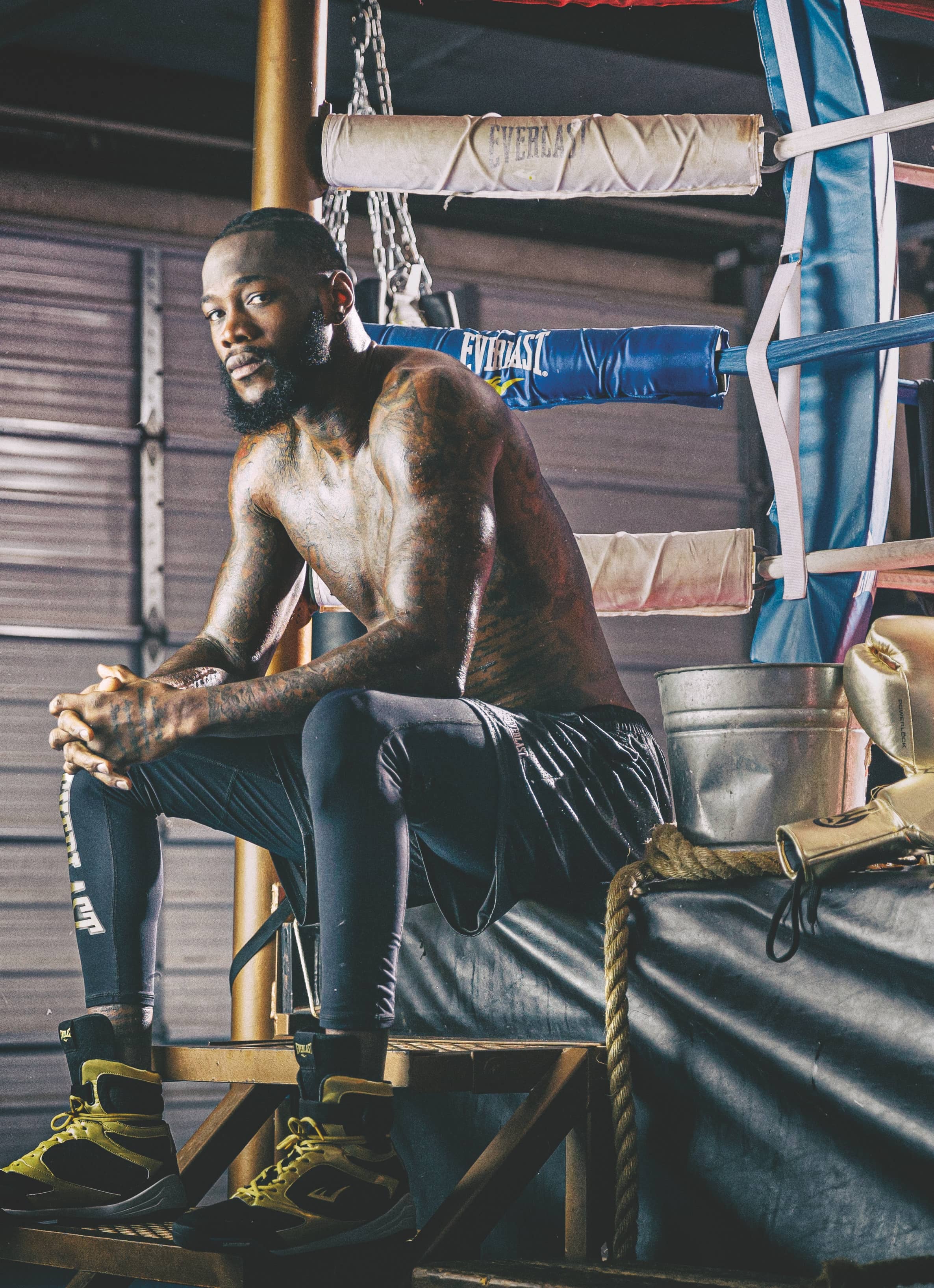 ARMED WITH A DEVASTATING RIGHT HAND, WBC HEAVYWEIGHT CHAMPION DEONTAY WILDER HAS BATTLED ADVERSITY IN AND OUT OF THE RING

Boxing has fascinated sports fans for well over a century. It’s the original combat sport that places two competitors head to head and requires them to pummel each other until a single person is standing or one is judged superior to the other. However, it’s the spectacle of a knockout that compels the audience to stare on intently. Today, there’s no better knockout artist than Deontay Wilder, aka the “Bronze Bomber.”

Wilder is the current WBC heavyweight champion of the world and is undefeated through 43 career bouts over the last 12 years. He’s quickly becoming the face of boxing due to his penchant for delivering beautiful destruction in the ring. The wake caused by his 95 percent knockout rating has added to his mythology, and many believe that he is the hardest puncher in boxing history.

From the outside looking in, Wilder’s position in life seems ideal. He’s a wealthy athlete who wields a right hand that’s reminiscent of a lightning bolt. His rangy 6-foot-7 frame and tattooed body make Wilder look more like a modern-day superhero than an athlete.

Today, Wilder is in an enviable position, but his rise to superstardom was a tenuous path filled with pitfalls, trauma and uncertainty. The ink on his skin tells the tale of a miraculous lifelong odyssey that defies all odds.

Ahead of his rematch with fellow heavyweight Tyson Fury, Wilder is at the zenith of his popularity. Their first fight resulted in a draw even though Wilder leveled Fury twice.

Life as the champ may be glamorous in some ways, but it takes a lot of work to stay on top. On this day, Wilder completed an exhausting two-hour boxing workout before jumping into a frenetic photoshoot and interview combo at the New Era boxing gym in Northport, Alabama.

Wilder’s fatigue dissipated as he discussed the origins of his boxing career. The New Era gym, once called Skyy Boxing, is the place where his career began. His story isn’t difficult to recall as memories of it surrounded him.

At 20 years old, Wilder was struggling to get by. He dropped out of junior college in 2005 to provide for his newborn daughter Naieya. She was born with spina bifida and required several surgeries following her birth. As the medical bills mounted, Wilder made ends meet by working several jobs, including a gig as a delivery driver for Budweiser.