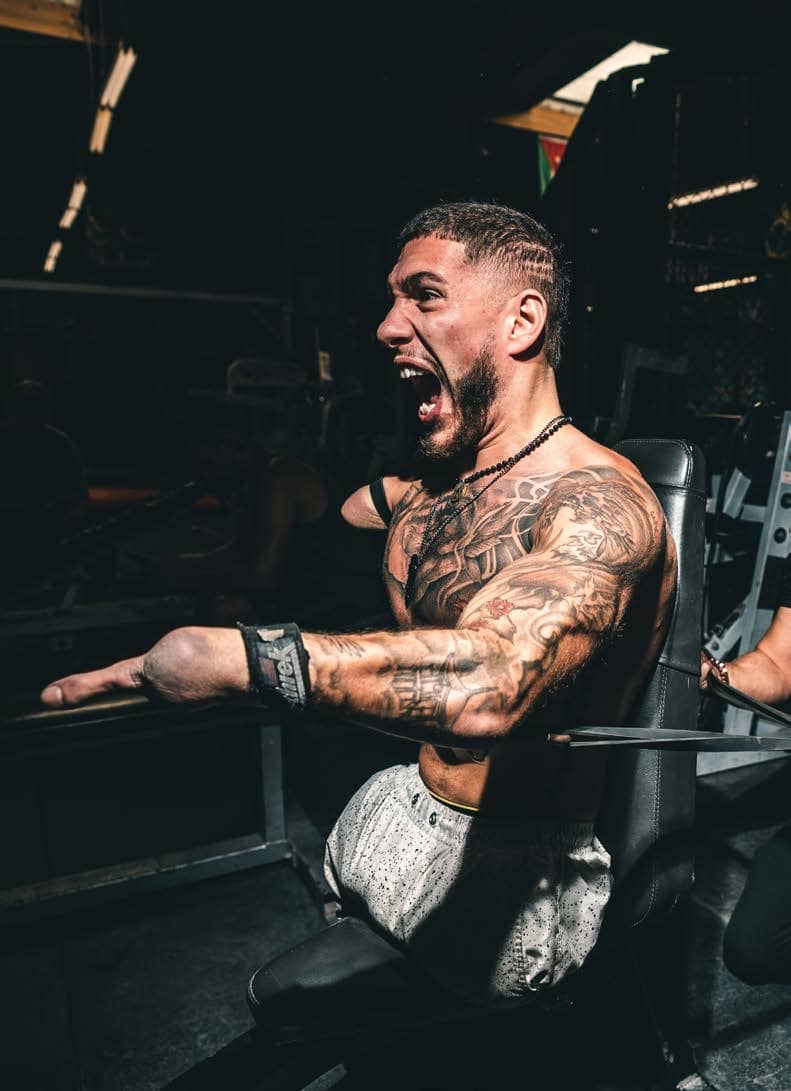 On a quick pan of the Metroflex Gym in Long Beach, Calif., you’ll see a number of hardcore athletes training for the next big competitions in bodybuilding, powerlifting and Olympic lifting. Standing out among these men and women is Nick Santonastasso, who despite being born with one arm and no legs, makes gains just like everyone else on the floor. “I’m showing people firsthand that it’s not the physical body that holds us back, it's the thoughts we continuously tell ourselves,” says Santonastasso, a man who learned from day one that everything is earned and nothing in life is handed to you.

Santonastasso was given a 30 percent chance of survival at the time of his birth. He was one of only 12 babies in medical history to be born with Hanhart syndrome, a rare genetic condition that leaves babies with undeveloped limbs and/or organs. “[I was told] I’d never be able to feed myself, dress myself, be independent, or drive a car and [I’d] need assistance 24/7,” Santonastasso shares. “My parents chose to throw that list out and see what I was truly capable of doing. The biggest advantage they gave me was treating me like a normal kid.”

From an early age, Santonastasso was pushed by his parents to adapt to the world around him and stay on track with the other kids. While others learned to walk by putting one foot in front of the other, he realized that he could propel himself forward using his left arm. Despite only having one finger, he was able to teach himself how to write by pinching a pencil between his chin and his right limb. “The only thing that I didn’t learn how to do was tie my shoes,” Santonastasso explains. “Because I didn’t need to.”

As Santonastasso got older, he fell into a rut that every teenager finds themselves in—struggling to find his place in the world. He soon found inspiration from his older brother and friends, who were all a part of the school’s wrestling team, and he aspired to join them. “The reason why I did this was because I knew that if I could be part of a team, be labeled as an athlete and be with my friends, that would build up my confidence,” Santonastasso says. “That’s when I had to amputate five inches of my arm off.”