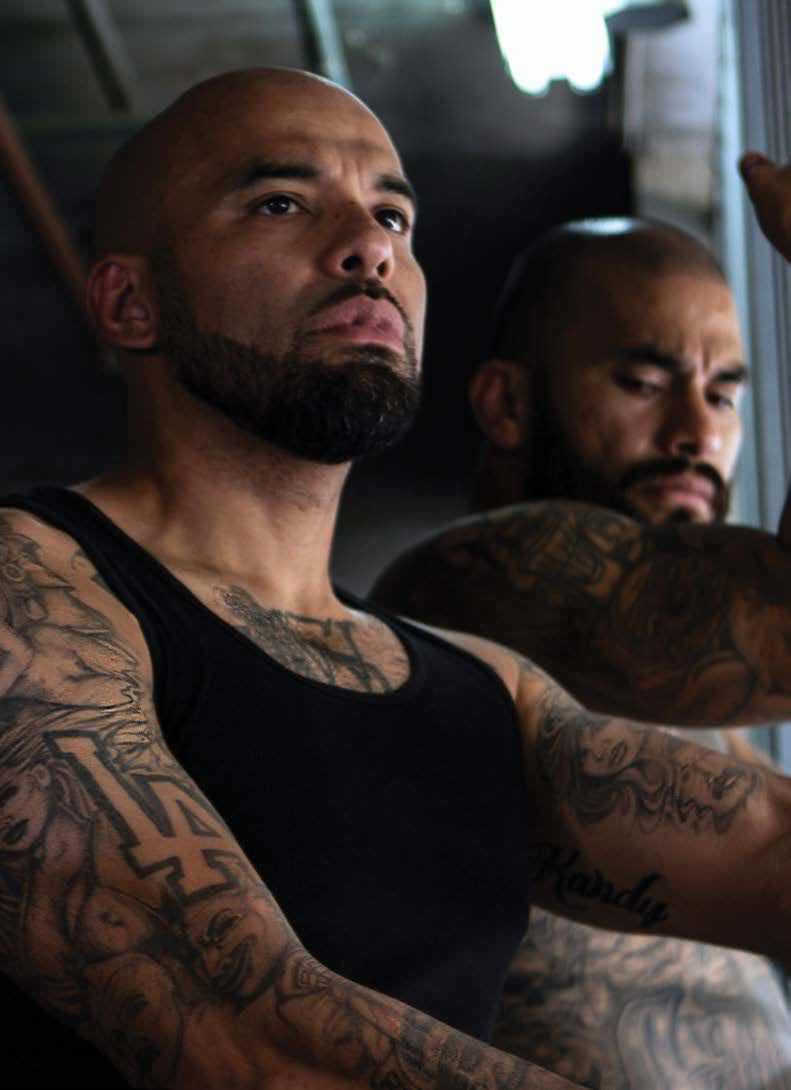 In season three of AMC’s neo-western crime drama, Breaking Bad, Leonel and Marco Salamanca are first introduced as The Cousins. Together, they play twin brothers and fearsome hitmen of the Juarez Cartel. And while they were both murdered by an exploding bomb strapped to the back of a tortoise, they earned a second chance in the show’s spin-off prequel, Better Call Saul. We had the chance to talk with the real brothers, Daniel and Luis Moncada, about their bodies of work and their plans to take on the acting world by storm.

INKED: You play a cartel assassin in Better Call Saul. Do you relate to that role?

DANIEL (DANNY) MONCADA I just put my past experiences of violence, prison, and people I have met, and other circumstances, into effect.

Have you ever gotten seriously injured doing your own stunts? No. Everything I’ve done has always been rehearsed, and I trust the stunt coordinators that I have worked with. Shout out to all the stunt performers out there, without them there would not be action on film. We need to get those guys Oscars and Emmys.

How did you get into acting? My brother Luis went to audition and after the audition, then casting directors started chatting with him. They asked him if he had any new tattoos. He replied, ‘Yeah, my brother just did a tattoo on me’ (as he was pulling up his left pant leg). The casting director and her associates looked at each other and asked, ‘You have a brother? Does he look like you? Has he ever acted?’ He said, ‘No,’ but the casting crew looked at each other again, got the sides [dialogue pages for the scene] and handed them to my brother and told him, ‘Bring him in tomorrow, and make sure he studies.’ The audition was for Breaking Bad, and my brother has a tattoo of La Santa Muerte (Saint of Death). On “The Cousins” intro for Breaking Bad season 3, episode 1, there is a scene of us paying homage to La Santa Muerte. Coincidence?

What’s your next tattoo? I want to finish my thighs. I have an awesome tattoo that my buddy Carlos Rojas did on my right thigh; and on my left thigh, I have a tattoo I did on myself when I got out of prison in 2006. I would also like to get a portrait of my beautiful mom on my forearm — still contemplating because I told myself I was not going to go below my elbow, but if I do my mom’s portrait, it’s definitely going there.

Do you have a favorite? Yes, definitely the one on my back. The Maya piece “The Hero Twins” Hunahpu and Xbalanque in the K’iche’ language. The twins have also been identified in the art of the classic Mayas (200-900 AD). The twins are often portrayed as complementary forces. The complementary pairings of life and death, sky and earth, day and night, sun and moon.

Who does/did your tattoos? I got most of my tattoos in prison. The homie that tattooed me is serving a life sentence. Solid dude. He’s been in there since 1995. So many talented artists in there, unfortunately. They’re lost in the system forever.