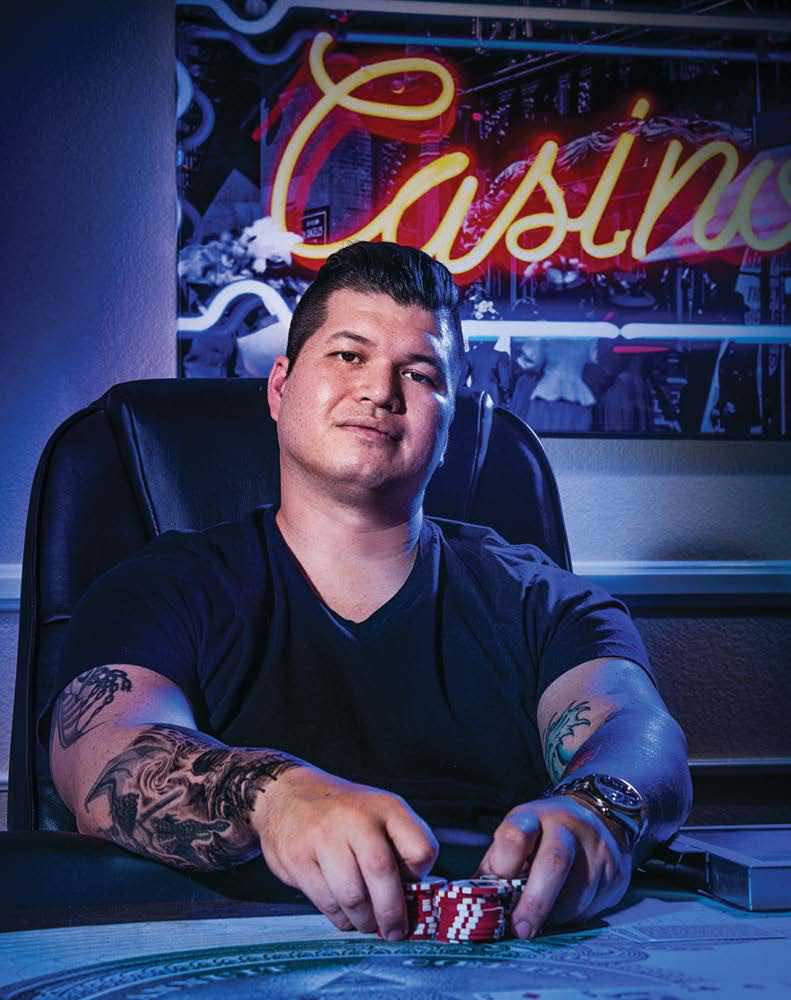 When 2nd place still means you walk away with over five million dollars.

Amanda Duckworth is a lawyer from New Jersey and friend of INKED. As the girlfriend of Kane Kalas, a professional poker player, she has learned a lot about the poker community the past few years. Given her familiarity with the sport, she sat down with Jay Farber, a 33-year-old professional poker player from Las Vegas, Nevada. He is probably best known for taking second place at the 44th World Series of Poker Main Event in 2013, earning a cash prize of $5,174,357. His unique resume also includes working in a tattoo shop. Though mainly retired now, he still enjoys playing poker, but dedicates most of his free time to jiu-jitsu.

How many tattoos do you have?

Nine, but a couple have been touched up or covered up.

Which tattoo was your first?

The dragon and kanji on my left arm. A little ink advice, don’t get tattooed at 17.

Which tattoo is your latest?

The half-sleeve on my left arm which is going on almost 6-years-old now. The theme is derived from a Japanese legend revolving around a Samurai who saved his village from a tsunami with a single stroke of his sword.

Plans for a next tattoo?