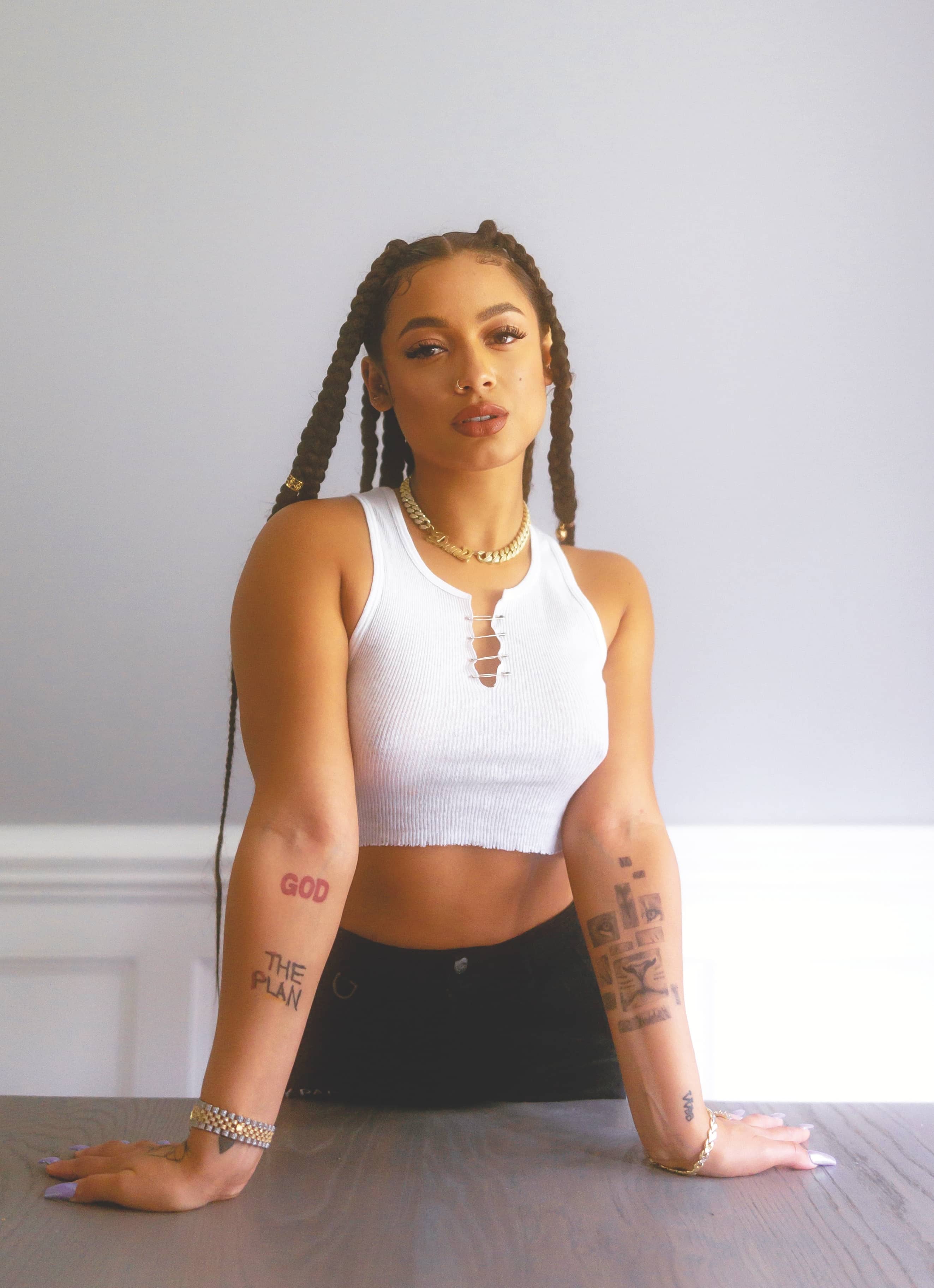 DANILEIGH DISHES ON FINDING HER VOICE, DIRECTING FOR PRINCE AND COLLABORATING WITH DABABY.

DaniLeigh was born knowing her purpose in life and put it into practice at an early age.. As a singer, DaniLeigh reaches millions of people around the world every day, and her breezy lyrics instantly uplift those who hear them. “I felt like I [always] knew what I wanted to do with my life, and that’s to inspire people,” DaniLeigh says. The singer commemorated this with her first tattoo, which reads “Inspired to Inspire.” But even before DaniLeigh could legally go under the needle, she was already on her way to inspiration.

DaniLeigh grew up in a Dominican household, where loud music was always playing. Her mother encouraged her to take classes in voice and piano as a child, but as a teenager, dance was the career path she saw for herself. Her dedication to singing came later on, as it wasn’t always something she was confident in. “At 14, my mom had a restaurant and I would be in the back on the computer doing YouTube covers all the time,” DaniLeigh says. “It was in my own little world because no one knew that I loved to sing as much as I did.”

Two years later, DaniLeigh made the decision to leave her life in Florida to pursue a career as a backup dancer in Los Angeles. She signed to a dance agency and quickly began booking music videos, as well as commercials. Immersed in the entertainment capital of the world, DaniLeigh grew comfortable with herself as a singer, and while it was her desire to dance that brought her to L.A., her true passion came through her voice. “I met my producer Johnny at 18, and that’s when I made the studio my home,” DaniLeigh says. “That’s when I really found passion in being an artist. Dancing was cool, but I really wanted to do music, have a message, and be my own boss.”