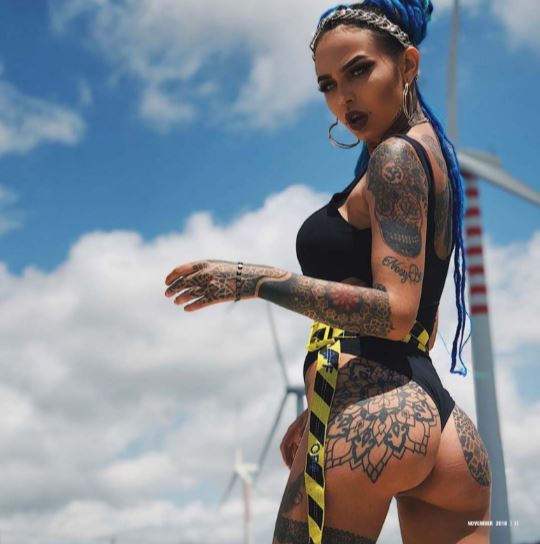 The Italian Bombshell is Making Money Moves in the Music Industry.

While she may have grown up on an island in the Western Mediterranean sea, today Fishball Suicide is one of the most well-known tattoo models in the world. In 2014, Felisja Piana was discovered by an Italian photographer on Facebook and soon after, became an official Suicide Girl. The alternative pin-up website ignited Piana’s career overnight, and she became known worldwide as Fishball. Then, in 2016, she began shooting behind the camera for SuicideGirls and has had over 30 sets bought by the site. Instead of staying busy working as a model and photographer, Piana was dead set on becoming a triple threat.

Enter Bada$$ B, a girl group comprised of Piana and Christina Bertevello, that has already released two viral tracks with producer Razihel. We caught up with Piana to learn why she chose to chase a career on the charts and what fans can expect from eclectic influencer.

You’re recognized around the world as a social media influencer, photographer, and tattoo model. What led you to become a Suicide Girl, and did you believe that you would one day have 1.6 million followers?