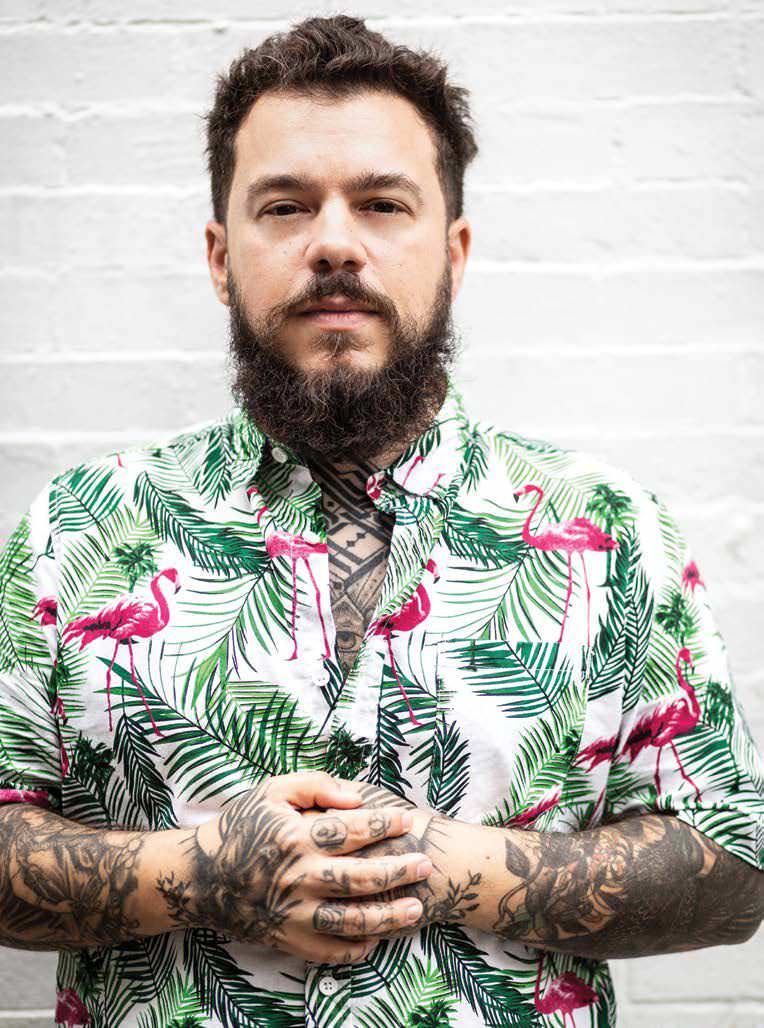 Having grown up in crack-era Brooklyn, in between a housing project and a Russian ghetto, life was beautifully chaotic. I had the opportunity to experience multiple cultures.

Not to mention, different tattoos – from praying hands and teardrops to black cats and ringed out fingers. I also had the choice to live two very different lifestyles. Neither was a perfect match, but both presented a very strong sense of three of the most motivating forces in my work today: community, history and our obligations to the other.

I chose to be actively involved in black rights and pan-Africanism movements. At a rally, a chant started. Based on the old Negro spiritual they sang, ‘Go Down Moses…’ Moses, it struck me, was my family. The liberation struggle was a historic, Jewish venture. It was a passion that descended from Mt. Sinai in Israel to the streets of Coney Island and the alleys of Brighton Beach. Realizing this empowered me to take more risks in my advocacy work.

First though, I needed to liberate myself personally from some bindings. Something that only people who were heavily tattooed before 2000 understand is the intense sense of being an outsider in traditional society. The idea that people perceived you as some sort of, at best, outlier and, at worst, a biker, gangbanger, or whatever else their feverish imagine could conjure. For me, that was a place of great freedom. It was an excuse to do things that were unique, experimental, maybe a little weird. Being an outsider is a gift without a curse, so little is expected and so much can be gained.

I was working at Morgan Stanley at the time when they discovered my tattoos at a company retreat. Never having truly fit into the corporate culture, the reason was now manifest. All of a sudden, I was perceived differently. I had two choices, work hard to ingratiate back into their staid culture or, fuck it— double down on the preconceived bias. I pushed all the chips into the middle. I opened a graffiti magazine and, with seven others, co-Founded Artists 4 Israel.