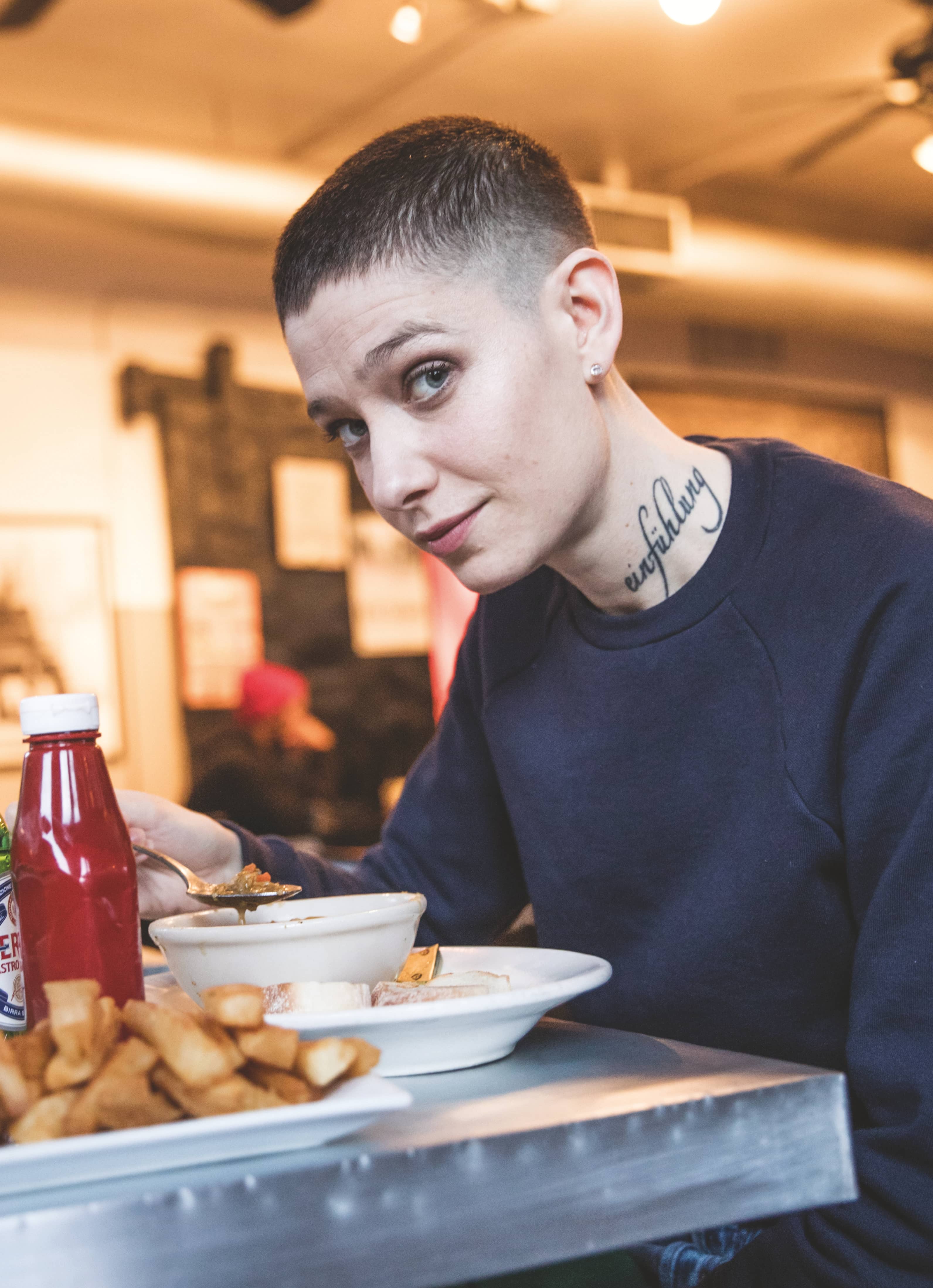 Back in 2016, fans of the critically acclaimed Netflix dramedy “Orange Is the New Black” were introduced to the character Brandy Epps, a member of the prison’s white supremacy gang. Actor Asia Kate Dillon brought Brandy to life and, over the course of the show, portrayed a character that couldn’t be further from their real self. However, eagle-eyed fans may have noticed that the producers snuck part of the actor’s true identity into the character, through Dillon’s real neck tattoo—lettering that reads “einfühlung.” “The tattoo means empathy or one feeling,” Dillon explains. “I discovered that German was the first to translate the word empathy out of Greek. It was translated in the 1850s by a German philosopher who was trying to come up with a word for the experience that people have when engaging with art.”

Dillon felt an empathy for art at a young age and was raised by a single mother who filled their home with music, films and books. At 6 years old, Dillon found acting in kindergarten through a Hans Christian Anderson play. And despite being cast as a townsperson and not having a single line, they fell in love with the stage. “It’s an age-old thing, but I got bit by the bug as it were and I never stopped,” Dillon says. “My mother sensed that I had artistic instincts and followed my lead when I joined the school choir, did the spring musical and the fall play. I’ve been so grateful to have a mom who really supported me and always encouraged me. In our household, being an artist was as noble a profession as being a doctor.”