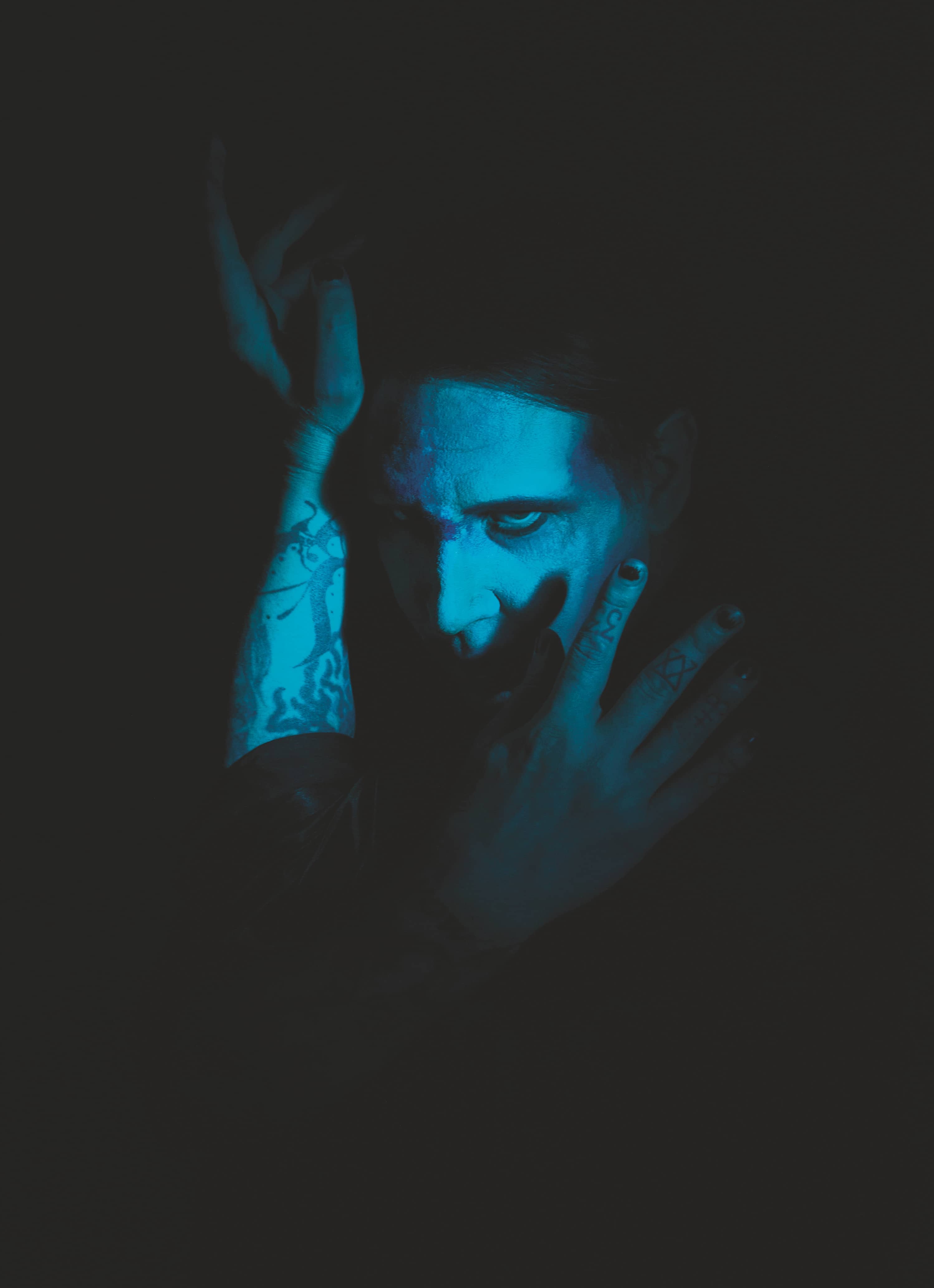 We spoke with Marilyn Manson about his prescient new album, the loss of his close friend Norm Love Letters, and collaborating with Shooter Jennings.

Charlie Connell
MARILYN MANSON IS THE HUMAN EMBODIMENT OF CHAOS.

Countless twists and turns define his 30-year career, as he has gone from shock rocker to Antichrist, painter to actor. Each stage of Manson’s oeuvre could fill a tome— the only constant is that Manson’s next move is never what you expect it to be.

For his 11th album, “We Are Chaos,” Manson teamed up with an unlikely partner, Shooter Jennings. The two had met around the time Manson was on “Sons of Anarchy,” and the television series had wanted them to collaborate on a song. While that didn’t come to fruition, the musicians struck up a friendship and knew that one day they wanted to work together.

“It’s strange, because I’ve worked with different artists over the years,” Manson says. “Shooter is probably the most, if possible, perfect producer for me to work with. The songs came so fluidly. We started doing stuff together and it just bloomed into something that we weren’t really certain was going to be able to be finished because of touring and complications.”

The two carved out time whenever they were able to, and after two-and-a-half years of intermittent studio time, they put the finishing touches on “We Are Chaos” right as the world was starting to shut down. “It didn’t literally take that long to make it,” Manson explains. “It took this long for it to marinate and become something. I’ve found in this life that things happen in strange ways, good or bad, for a reason. [The title track] happened to come out, unexpectedly, at a time when it definitely speaks to how a lot of people feel.

“Hopefully it reaches people in a way I have not even expected it to,” Manson continues. “It was more about mental health than it was about physical health.”

Many of the lyrics throughout the album feel like they were specifically written to fit this very moment in history, despite being penned well before COVID-19 was part of our lexicon. There is a delicate balance between the lyrical content of the album—which can come across as quite apocalyptic—and the music playing beneath those lyrics. Yes, there are the sort of grinding guitar sounds that one expects from every Marilyn Manson album, but there are also sounds reminiscent of Roxy Music, Iggy Pop and, most notably, David Bowie.