A MAN OF PURPOSE 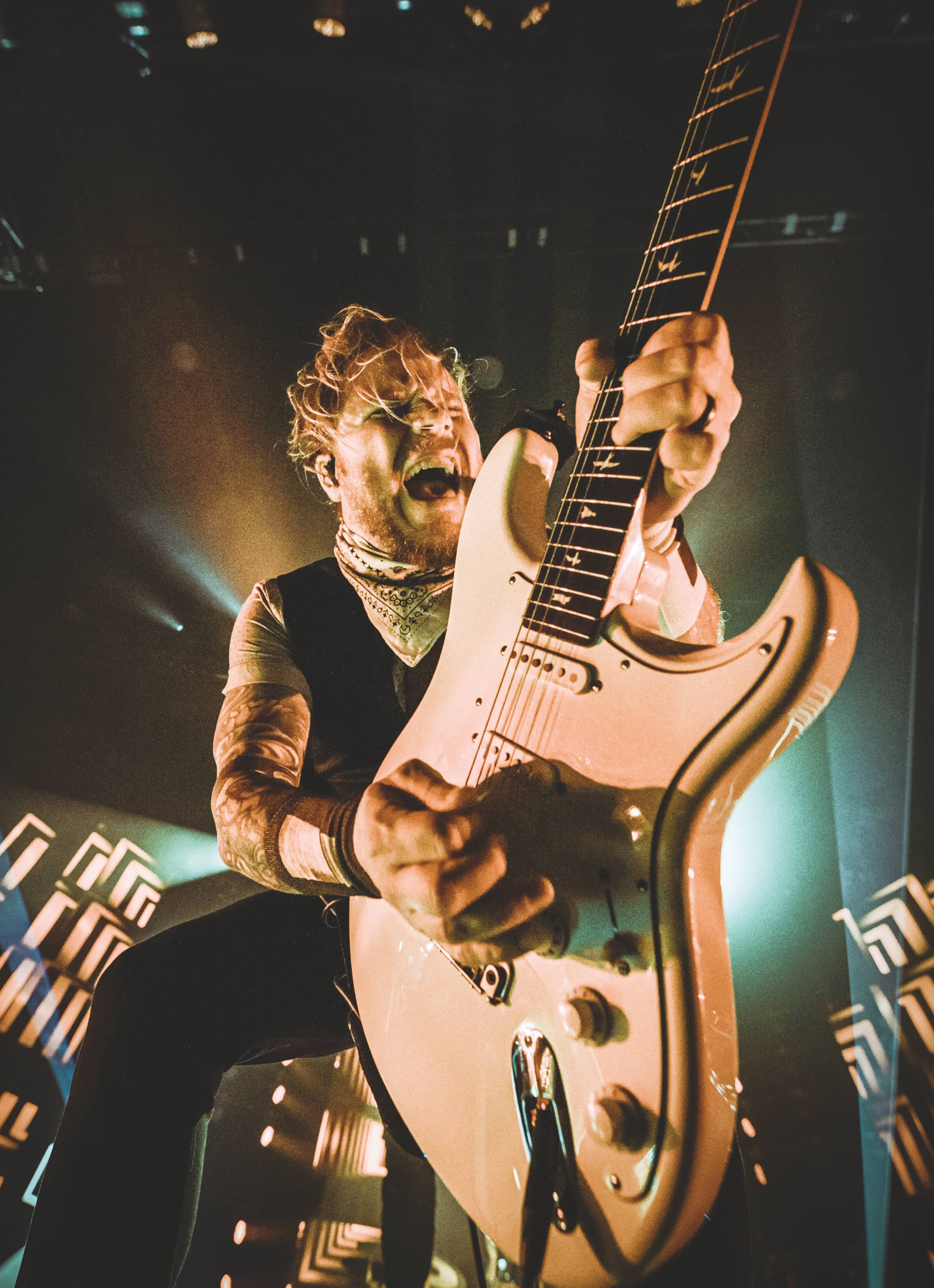 SHINEDOWN’S ZACH MYERS EXPLAINS HIS RATIONALE BEHIND HIS MYRIAD MUSICAL PROJECTS, THE THOUGHT PROCESS BEHIND HIS COLORFUL SLEEVE, AND HOW HIS BAND FOUND A WAY TO HELP FRONTLINE WORKERS DURING THE PANDEMIC

Upon picking up his very first guitar, a young Zach Myers thought he’d be able to play it with one hand behind his back. No, the future lead guitarist of Shinedown wasn’t filled with an abundance of confidence at 12 years old. It’s just that he had some interesting ideas about how to play guitar in the first place. “I’m sure people will make fun of me for this forever,” Myers says, “but when I got the guitar, for some reason, I didn’t think you were supposed to put your left hand on the neck, which is the dumbest thing you could probably ever think. I was just strumming the guitar with my right hand, like an idiot.”

This novel method of playing guitar would work if Myers wanted to only play the introduction to Metallica’s “Nothing Else Matters,” but if he wanted to advance beyond that, his left hand was going to have to get in on the action. Like so many kids picking up the guitar, Myers learned what he could from watching MTV. Specifically, from Bush’s “Machinehead” video.

“I was watching that video and I was like, ‘I can do this,’” Myers explains. “I started playing along with what I was watching on TV. Looking back, it was probably like that scene in ‘The Wolf of Wall Street’ when he thinks he gets home fine after taking all of the Quaaludes. I was probably playing it terribly. But in my head I was like, ‘Yes. This sounds kind of good.’”

Luckily, Myers had the good sense to take some lessons instead of relying on picking everything up from grainy live videos on “120 Minutes.” Fast forward a couple of decades and Myers is playing guitar in three different bands— Shinedown (the rock band), Smith & Myers (the acoustic project with Brent Smith, the singer of Shinedown) and Allen Mack Myers Moore (the folk-country outfit).