Extras, Extras, Read All About It!!! 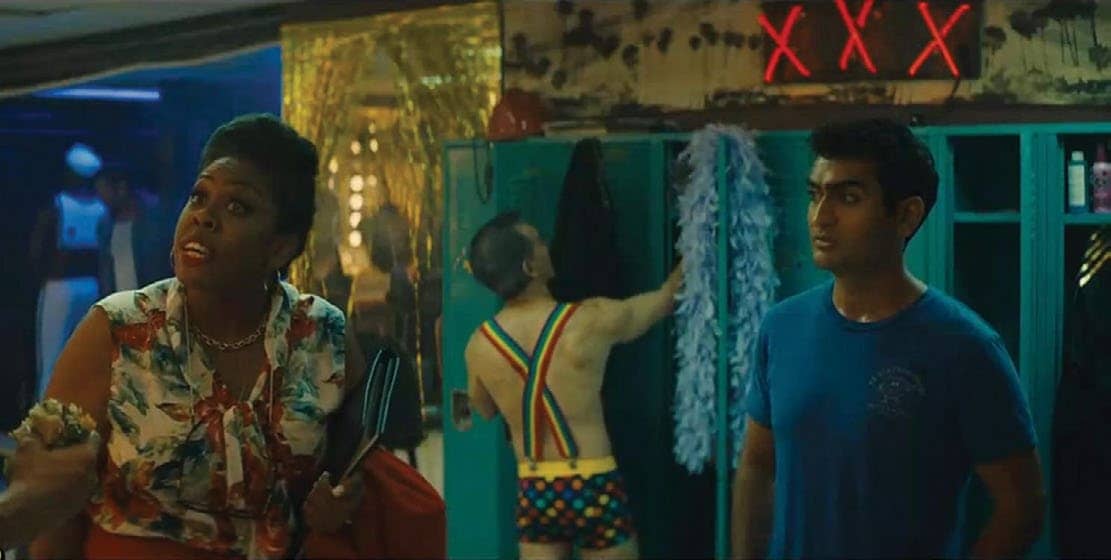 So here we were, made it to set for the filming of Stuber. The other extras, about 7 of them, were able to come on a different date for fitting. Another guy and I were to be fitted this morning of filming. I was asked to wear the panda costume. I deflected that idea gently by saying I may start sneezing from the fake fur costume due to my allergy, but really, put an Asian guy in a panda costume? Plus, nobody could see my face if I had a panda head on me. So I ended up with pokadot underwear and rainbow suspender. They also had me worked the boa, which started to moult its feathers all over the floor. I felt bad that every cut the assistants had to go and pick up the feathers. I guess it was just their job and I couldn’t help it.