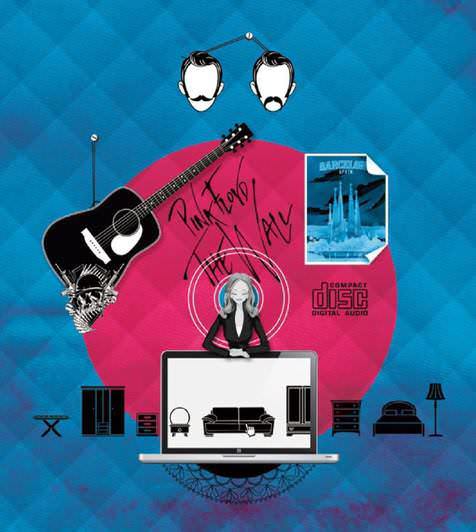 Ironic posters...quirky souvenirs...obscure books - a bachelor's pad is often full of carefully 'curated' things. So, does his individual space cease to exist after marriage? Comedian Anuvab Pal looks at how a wife transforms a man's domain.

I was asked to write about what happens to a man’s space after marriage. The answer is simple. It ceases to exist. A man’s space before marriage isn’t much of a space to begin with — it is a decrepit, post-war, industrial waste land resembling interior war-torn Afghanistan, and this is after the maid has cleaned it.

The single man will not admit this of course. He will say the ‘home’ (a 650-square-foot bachelor pad really but we’ll allow him his delusion) has carefully arranged ‘curated’ things — a guitar here (never played but that won’t be admitted — everyone in the world always says I’m learning the guitar, it is a national anthem for single men doubling up as a lie that never gets old. Women have long known this). An ironic poster from a holiday in Barcelona is there (to show cool travel choice). An alcoholic motif souvenir from Morocco (ok, shot glasses) placed strategically by the fridge to display quirk. An obscure book made to look like it was being read, on the bed, specifically to start a conversation about it (‘Yes, Vikram Seth’s poetry is my thing, not his novels no’ and such). A CD rack arranged so that the Pink Floyd CD (that the single man never listens to) is placed in a way to suggest to the lady that it is all he listens to. And the Baba Sehgal CD was a joke present. The truth, of course, is the opposite.