The Lens Of History 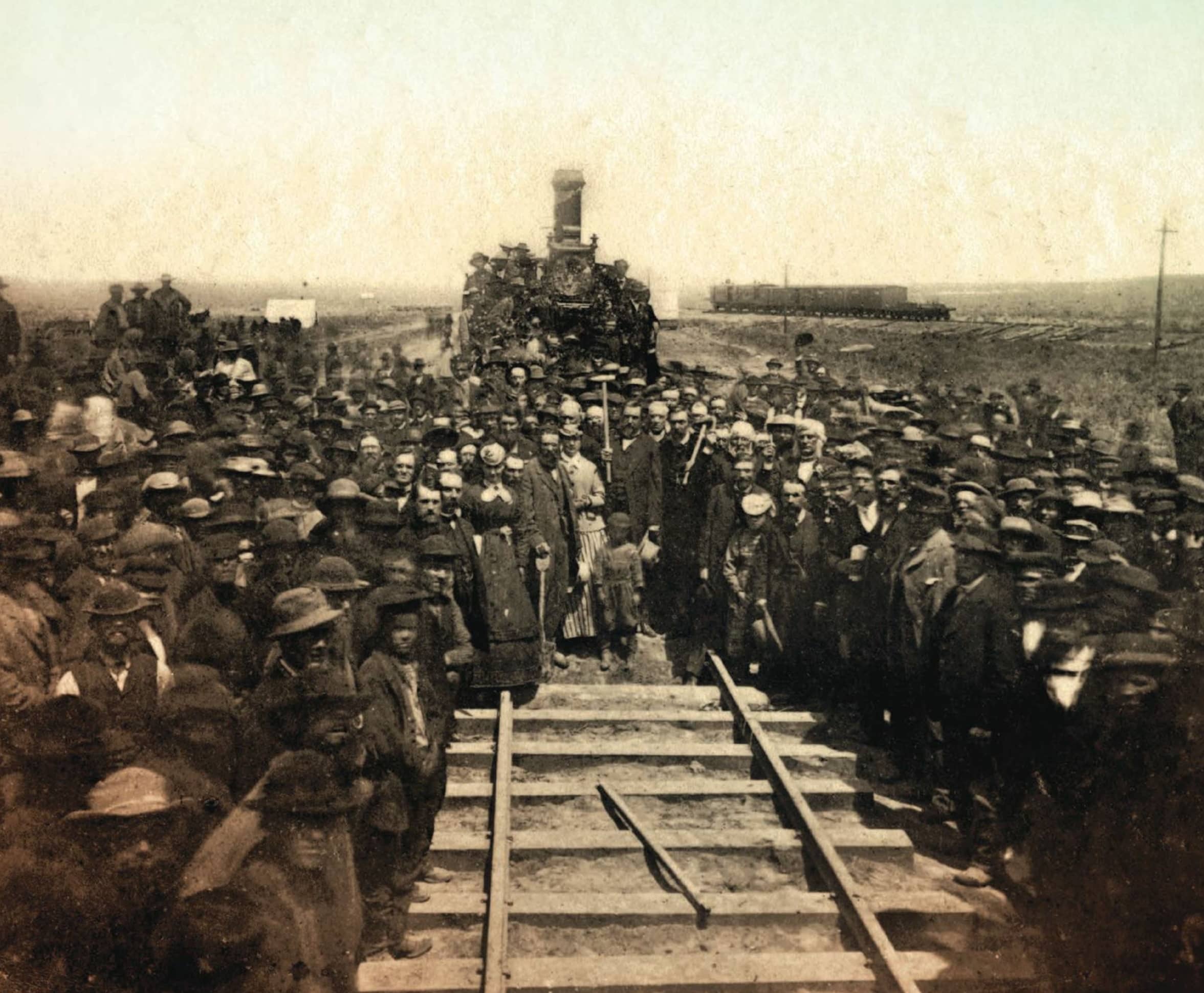 A SMALL BAND OF DETERMINED PHOTOGRAPHERS CAPTURED THE HUMANITY AND THE ENORMITY OF THE CONSTRUCTION OF THE TRANSCONTINENTAL RAILROAD FOR FUTURE GENERATIONS.

Since the completion of the transcontinental railroad on May 10, 1869, the entrepreneurial “Big Four” rail barons of the Central Pacific Railroad—Leland Stanford, Charles Crocker, Collis P. Huntington and Mark Hopkins—and Union Pacific Railroad’s financier-leader, Dr. Thomas C. Durant, have been equally lauded and vilified for their actions which led to the completion of the Pacific Railroad from Omaha, Nebraska, to Sacramento, California. Despite all of the critical analysis of the railway bosses, they should also be remembered for recognizing the power of a new medium that had gained prominence during the Civil War: photography. Their independent (albeit competitive) decisions to hire photographers to stoke public opinion and financial support of the Central Pacific and Union Pacific’s construction led to the hiring of a band of few, unheralded photographers—their names mostly forgotten over time—were both visionary and serendipitous.

As a group, photographers Alfred A. Hart, John Carbutt, Andrew J. Russell, Arundel Hull and Charles R. Savage should be remembered for their skill, craft, ingenuity and perseverance. Each of them— carrying their oversized equipment, cameras, chemicals and glass plates—set out along wagon roads, trails and rails between 1865 and 1869 to chronicle the construction of the railways.