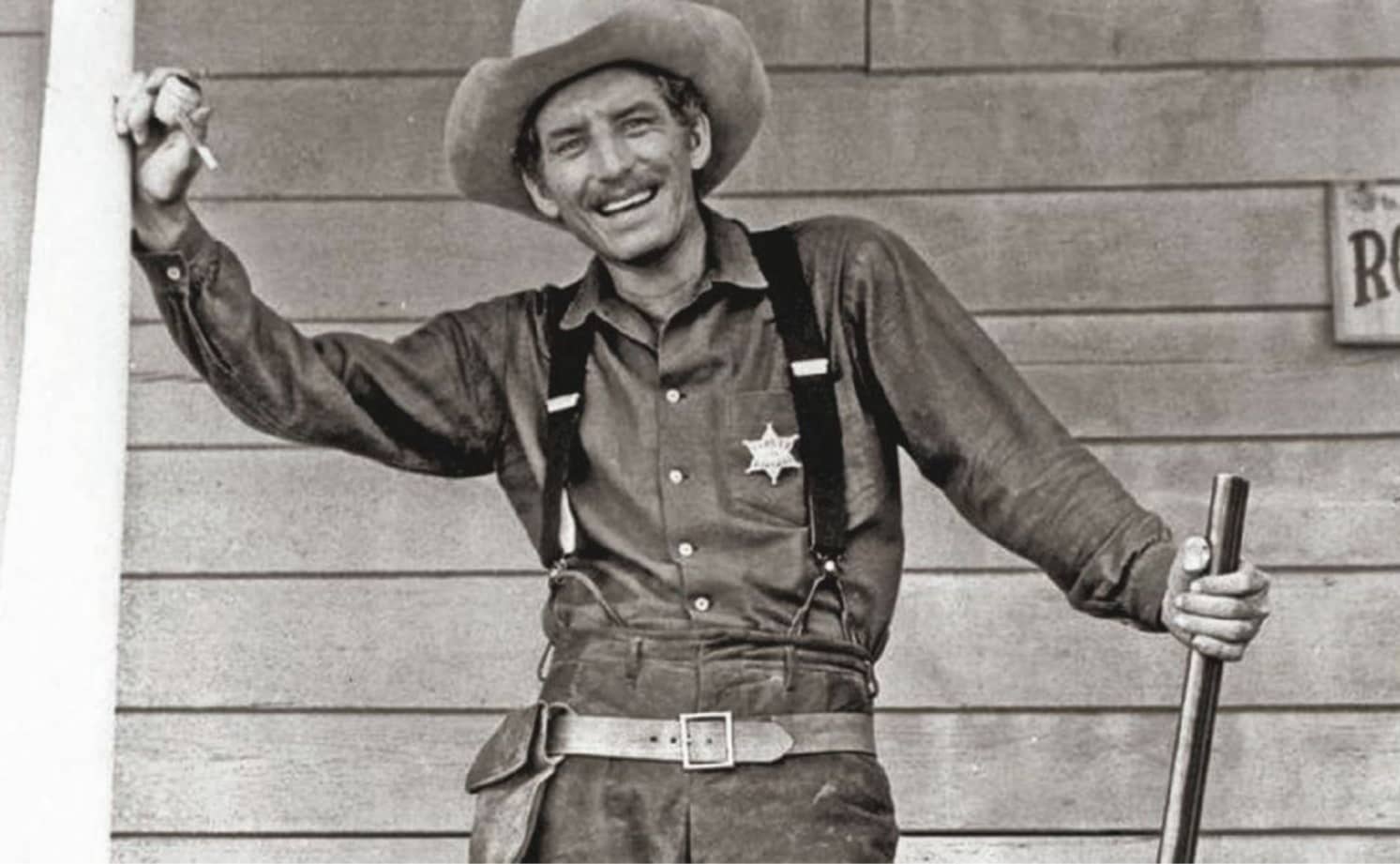 Actor Morgan Woodward is known for many things, most of them unpleasant: he’s so good at playing bad that, “although it was an unwritten law that no actor could do more than one Gun smoke a year, I did 19 in ten years,” he says. And Matt Dillon killed him in almost all of them. The man, whose appearance in Cool Hand Luke made mirrored shades a fashion necessity for lawmen, hadn’t planned to act. “I traded Grand Opera for Horse Opera.”

The actor, born 93 years ago in Arlington, Texas, explains, “I wanted to be an opera singer. Unfortunately, a chronic sinus condition prevented me from being in voice when I needed to be.” Another early passion was flying. “I started when I was 16, and got my private pilot’s license when I was 17, in preparation for World War II.” He enlisted, but, he says, “they had so many pilots that they stopped the pilot training program. So I did not get

Army Air Corps wings—a big disappointment to me.” A civilian again, Woodward attended the University of Texas, majoring in business and minoring in music and drama, where classmates included Rip Torn, Jayne Mansfield, L.Q. Jones and Fess Parker. He was getting serious about acting when he was recalled to active service for the Korean War.