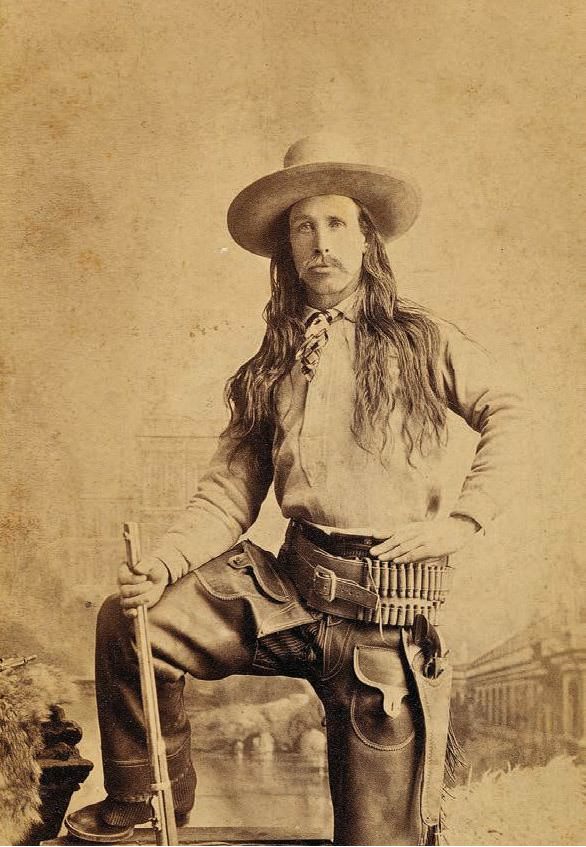 A Name, A Photo And A Gunfight… Three Elements That Sparked The Legend Of Commodore Perry Owens.​​​​​​

Commodore Perry Owens. One of the most unusual names in the Old West; maybe one of the coolest. And that iconic photo of him— the stylish Westerner, Wild Bill-style long hair and armed to the teeth. He even came out the winner in a classic gunfight, putting three notches on his gun. Commodore seems to be the epitome of the legendary sheriff.

But a closer look shows a guy who was an average lawman at best—who benefitted from that name, that photo and the one instance of blazing glory.

Owens had an average start, born in Tennessee on July 29, 1851, and growing up in Indiana (as a peaceful Quaker, no less). His mother was a history buff; she named him after the War of 1812 naval hero. He left home at about 13, and that’s where his story get cloudy. The next record of the man appears in 1877, when “Hanging Judge” Isaac Parker found him guilty of running whiskey in Indian Territory.

After that, he spent a brief period in New Mexico Territory—highlighted by the famous photo of him, featuring a long-haired man in fine Western duds and a broad-brimmed hat, armed with a rifl e and pistol in what appears to be a buscadero rig. By the time Owens became a lawman seven years later, the hair was cut and the clothing was more conservative.

By 1881, Owens was in Apache County, Arizona Territory, serving as a cowboy and stock detective. During this period, he built a reputation as a dangerous man. He was a crack shot with rifl e and pistols. Stories said that he killed several rustlers (he later claimed he sent 14 men to their dooms). No proof supports that, except in one case.

In 1883, Owens shot and killed a Navajo youngster. Owens claimed the victim and two pals had been rustling cows. The two friends denied it and said Owens just opened fire without warning. Owens was arrested, but never tried; the death of an Indian wasn’t considered a terribly criminal act by Apache County officials.

Owens had supporters, men of power and prestige who could always find a role for a man with his talents, real or imagined. In 1886, friends convinced him to run for sheriff of Apache County on the Peoples’ Party ticket. The Apache County Stock Growers’ Association threw its power behind him, which included endorsements by both local newspapers. It was a close election, but Owens won 500 to 409.

He took office on January 1, 1887, and immediately set out to serve standing warrants on various miscreants—many of whom were outside the jurisdiction. He was on the road for most of the first two months in the job, a pattern he would repeat throughout his tenure, and one that folks would increasingly criticize.