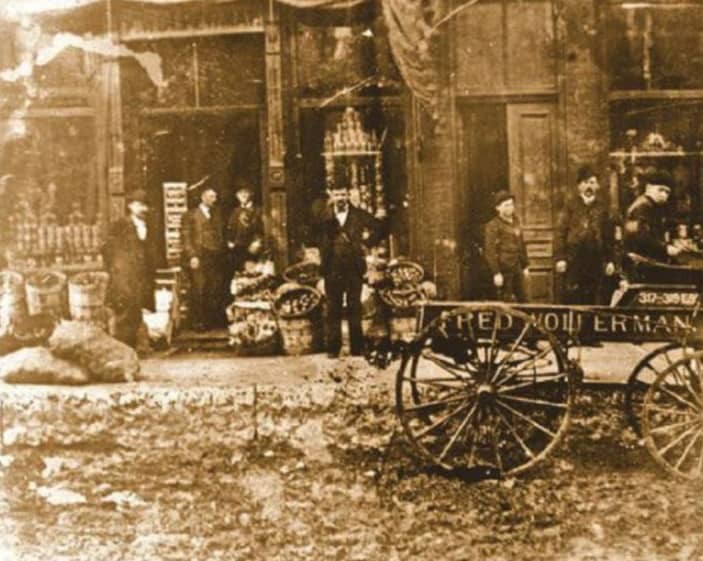 When Frederick Wolferman launched his Kansas City, Missouri, grocery store in the 1880s, he likely didn’t imagine it would be around today. He began his grocery business at 319 E. Ninth St., along with a meat market on Walnut Street, where his father, Louis, handled the beef trade. By 1896 he moved out of the Ninth Street store and into the Walnut location. The expansion wasn’t just in size alone, and he got into trouble when his goods overflowed onto the sidewalk. Nearby businessmen complained about his wares blocking potential customers who “didn’t want to climb over boxes.” Fred was arrested, but the case was dismissed when he promised to keep his sidewalk clear.