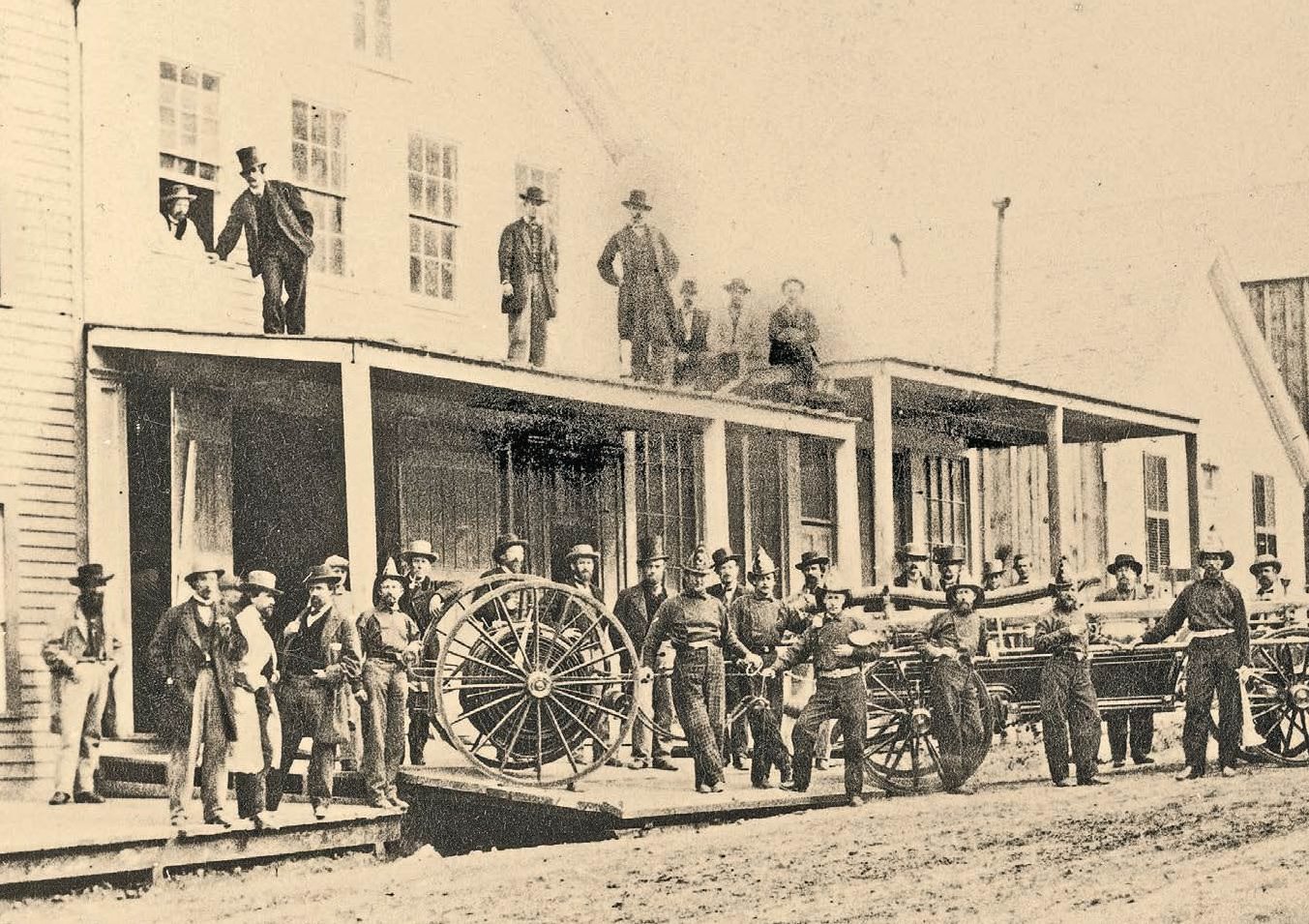 Would the world ’s richest mine survive the Comstock Fire?

A gray dawn crept into leaden skies over Virginia City, Nevada, on the morning of October 26, 1875. The uniform layer of cloud rushing over the Sierra Nevada Mountains from California portended storm. Fierce winds thundered down the sides of Mount Davidson, churning the dust, thrashing the sagebrush and moaning around the walls of the town.

A booming mining community of about 15,000 terraced onto the mountainside built directly over the world-famous Comstock Lode, Virginia City was the dominant settlement in the state and, arguably, the most important between San Francisco, California, and St. Louis, Missouri.

Staggering quantities of gold and silver had been mined from the Comstock Lode in the 16 years since its discovery— around $200 million worth—making it the Silicon Valley of the age. And the ore body recently struck more than 1,000 feet below the downtown streets in the Consolidated Virginia Mine dwarfed anything previously known. The Con. Virginia’s riches had been revealed only 10 months before, but the mine was already paying more than $1 million of dividends per month.

One of the few persons out that early morning was 10-year-old Grant Smith, scouting for pigeons to shoot with his slingshot. Passing in front of Mooney’s Stable, Smith heard the cry, “Fire!”

The boy looked uphill into the driving wind and saw a thin stream of smoke trailing from a small, one-story frame boarding house belonging to Kate Shay, otherwise known as “Crazy Kate.” People in the adjoining houses had heard a coal-oil lamp break during a drunken fight, one newspaper would later report.

A “garden hose could have put out the fire” at that first alarm, Smith recalled, but scarcely a drop of rain had fallen for months, the town was tinder dry and the fire department arrived tardy.

The firefighters’ efforts went for naught as the angry winds whipped the fire fiend loose. Within 15 minutes, 20 buildings were in flames and church bells were ringing the alarm all over town. In the next five minutes, the number of burning buildings doubled.

A few minutes later, an area equal to a whole city block was aflame. People tumbled into the streets in their bedclothes, many just as their houses caught fire.

Smith rushed home. The pair of two-story houses owned by his family caught fire. His mother salvaged a handful of valuables and hustled him and his three brothers up the hillside to the dump of an old mine.

Acre after acre of buildings joined what one eyewitness described as the “sea of fire.” Desperate to save something from the impending calamity, families three or four blocks ahead of the flames heaped belongings into the streets. Merchants vomited wares onto the sidewalks and fought to engage wagons. Teamsters jacked prices high and urged their animals through the mayhem, cursing.

Frantic citizens pressed every conceivable conveyance into service, from wheelbarrows to barouches. Without time to rig terrified animals into harnesses, men by the hundreds took the place of draft animals and hauled loaded wagons toward the outskirts of town.

Women and children staggered beneath impossible loads. Horsemen galloped through the crowds, heedless of the footbound multitudes. Behind them all, the ravening flames leaped and roared skyward.

By 9:00 a.m., a whirlwind of fire enveloped the county buildings, the International Hotel, the Bank of California and the rest of the city’s core above C Street. Twenty-five miles away, the population of Reno could see the black cloud roiling above Virginia City. 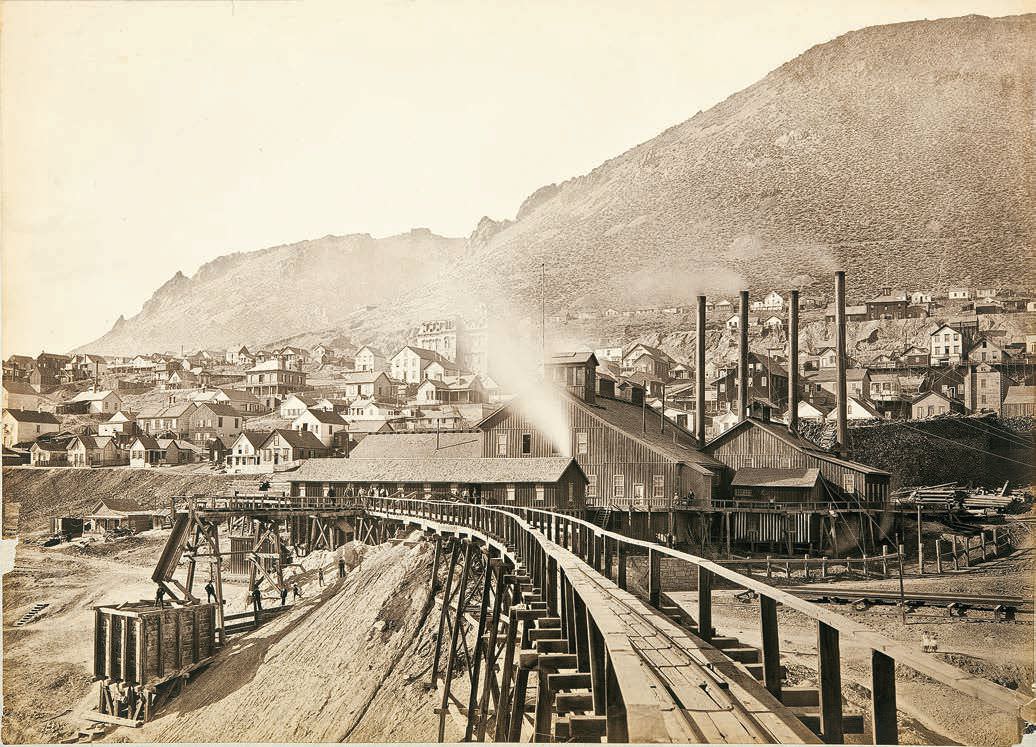 A Race Against Time

Telegrams from Virginia City threw San Francisco into a furor. Much of the city’s fortune rested on the successful working of the Comstock Lode.