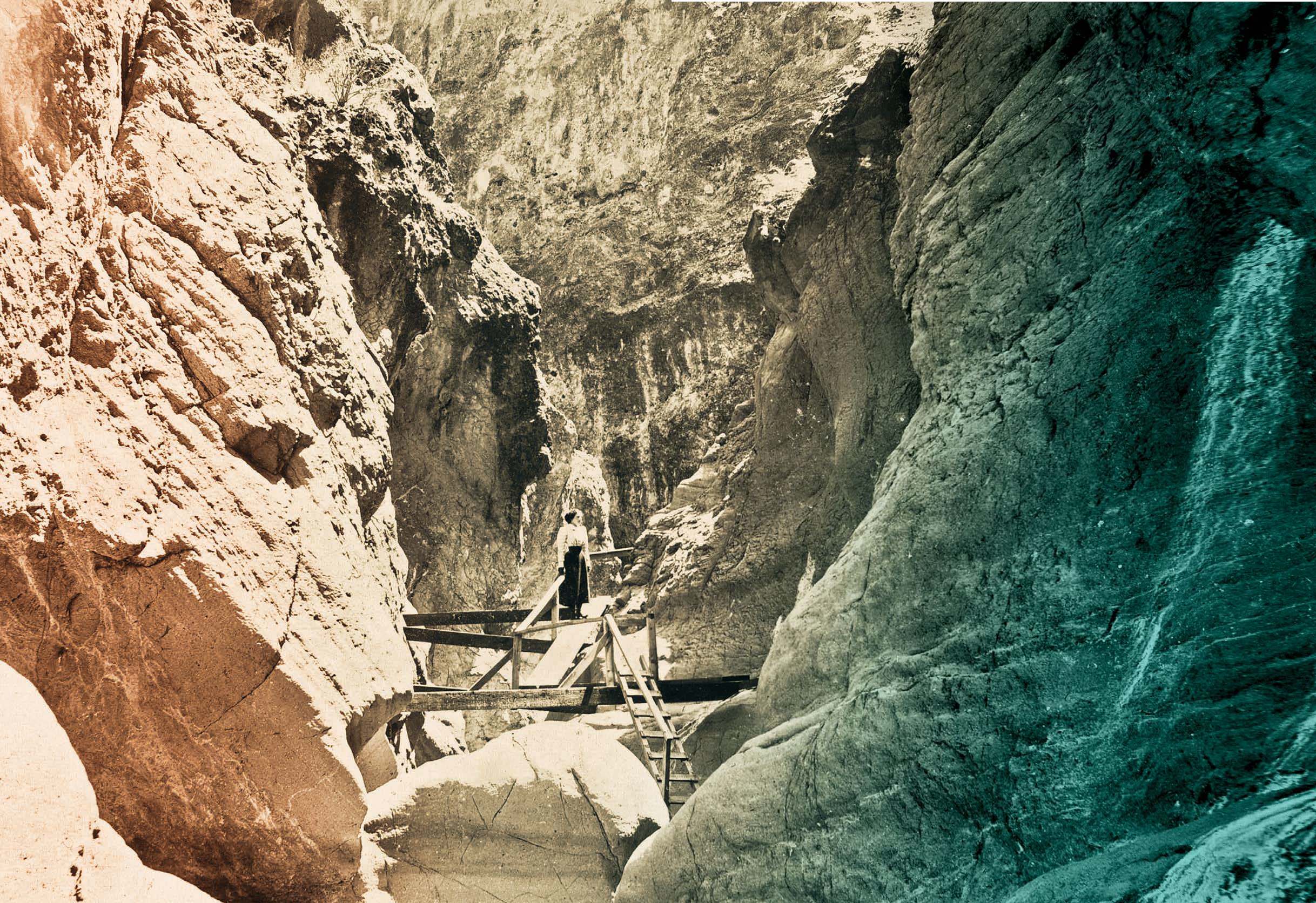 In Arizona, few places possess a local mystique as strong as that of Castle Hot Springs.

Located in the southern foothills of the Bradshaw Mountains, approximately 45 miles northwest of downtown Phoenix, Castle Hot Springs acquired its name from geothermal springs flowing within a small valley adjacent to Castle Creek. Credit for the discovery of the springs is attributed to prospector George Monroe, although the springs were likely known to the Yavapai and Tonto Apaches who lived in, or frequently traveled, the area. Stories vary as to the spring’s discovery.â€‹â€‹â€‹â€‹â€‹â€‹

George was born in Indiana, around 1835, and first came to Arizona Territory in 1862 as a private in the California Volunteers during the Civil War. After an honorable discharge in New Mexico Territory, George returned to Arizona Territory around 1864 and pursued a career as a miner. He spent decades prospecting out of Prescott and Wickenburg, north and south of the mountains, respectively. On some of these sojourns, he was frequently accompanied by his wife, Mollie.

Mollie, also known as Mary E. Sawyer, was a local legend. Reportedly George’s common-law-wife, she was born in Mississippi in 1846, according to the 1870 census, although other researchers have claimed she was born in New Hampshire. She headed west, supposedly to find a lost love by portraying herself as male prospector Sam Brewer. By the time “Brewer” got to Santa Fe, New Mexico Territory, she discovered her misplaced paramour had been killed in a barroom brawl, so she married a U.S. Army officer who took her to Fort Whipple, just outside of Prescott. When the captain left the fort, Mollie stayed and reportedly met George, around 1870.

Some researchers have given Mollie credit for discovering the springs with George, but that has not been confirmed by the historical record. She was declared insane in 1877 and committed to an asylum for the rest of her life, dying in 1902.

Another unconfirmed story, which did not appear until the second decade of the 20th century, claimed Fort Whipple troops discovered the springs. Around 1867, Col. Charles Craig, the fort’s commanding officer, chased Apaches into the Bradshaws with 168 troops, The Arizona Republican reported in one version on April 6, 1919, in “Castle Hot Springs, Wonder Torrent Wrought by Nature.” The account, written anonymously, stated:

“Standing on the mountain crest surrounded by his officers and men, Colonel Craig looked out over the vast expanse before him, a world of silence where mountain peak succeeded mountain peak, many of which resembled castles, and the glory of the rising sun, battlements and towers gleamed and glistened. Each man held his breath almost expecting to see armored knights and swaying banners come forth from the portals and to hear the flare of trumpets.

“Long and earnestly the Colonel gazed at the scene. Into his face and the faces of the men crept the reflection of a sweet and solemn thought, for each in his way, remembered then, having heard at his mother’s knee of a certain ‘new Jerusalem.’

“‘If we find the headwaters of that creek boys, we’ll call it Castle Springs in memory of this’—and removing his hat, the colonel inclined his head as though in reverent acknowledgement of the scene before him.”