A Real Western Colt In The Reel West 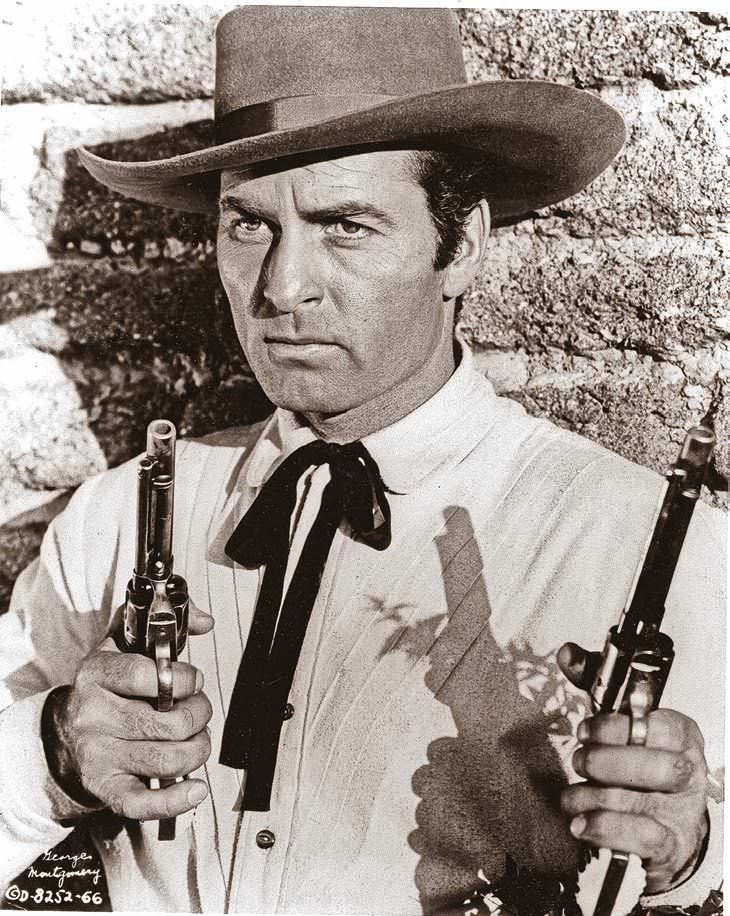 An Arizona Ranger and Pinal County Sheriff ’s Colt goes to Hollywood in the hands of cowboy star George Montgomery.

It’s a firearms collector’s dream to find a gun that is well documented to have been owned or used by someone famous, or was involved in a historical incident. Back in 1975, I unknowingly came across a firearm that later turned out to have two famous owners. That year I found myself assisting Hollywood leading man George Montgomery with some historical details on cavalry equipment for a bronze he was sculpting. One day George showed me several of his guns. Among them was an exquisite, silver-plated and engraved 4¾-inch barreled .45 Colt Single Action Army revolver with pearl grips that had an eagle carved on the right side. The name “Jas. E. McGee” was inscribed on the back strap, but I had no idea who that was at the time.