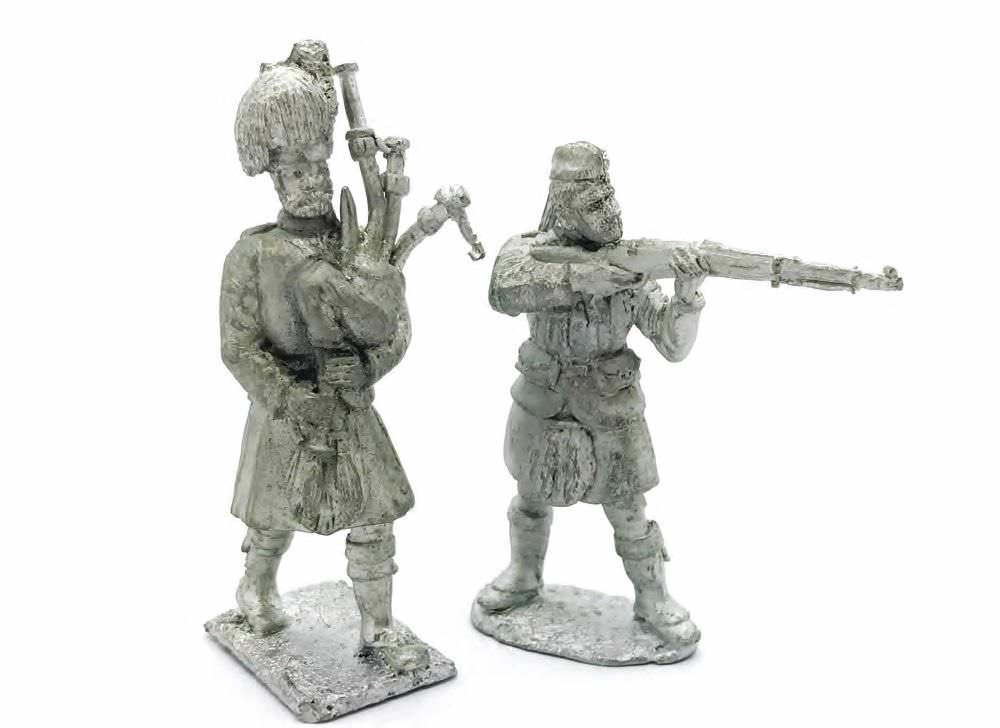 Latest releases from Ian Kay are typically varied. First there is a Russian infantryman from WWII pulling a machine gun mounted on a carriage fitted with wheels and a shield to provide some protection for the machine gunner. This looks like the PM M1910 or Maxim machine gun model 1910, the heavy machine gun used by the Imperial Russian Army during WWI, the Red Army during Russian Civil War and Soviet troops during WWII. It would be replaced in Soviet service by the SG-43 Goryunov, still with a wheeled carriage, from 1943 but it was still being used during the Korean and Vietnam Wars.

The Russian infantryman is a nice clean one piece casting. The machine gun comes in three parts; gun, wheeled carriage and shield and these fit together easily.

Ian’s other new releases are additions to his Colonial range, a Highland piper and a Highlander standing firing. These can be painted wearing khaki or scarlet tunics as shown in the accompanying photos and there is a choice of heads according to which version is chosen. They can each be had with a Highland bonnet, Foreign Service helmet, glengarry or tam o’shanter head and these fit easily into holes drilled to receive them. 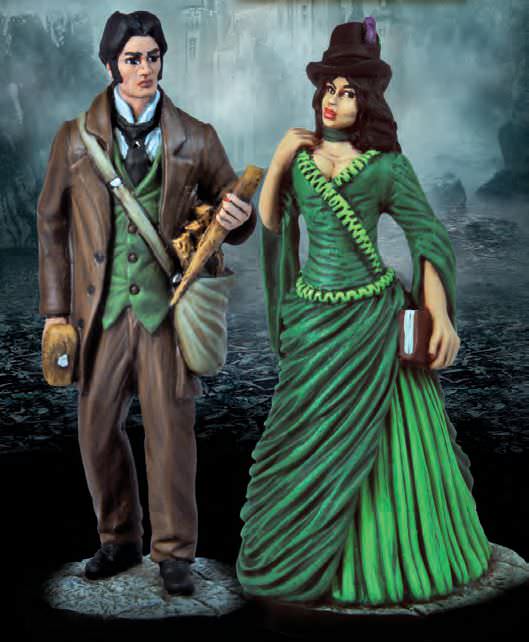