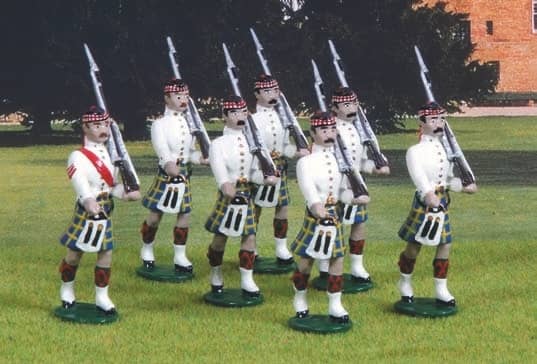 Keith Nairn-Munro
In the British Army until the latter part of the 1800s, there was really no such thing as a designated Foreign Service uniform. Primarily the soldier wore exactly the same garb for all climes and conditions, whether it was at home or abroad.

For the Highland regiments their unique attire was really pride over practicality. Their insistence on retaining the kilt resulted in the soldiers enduring, what many might have deemed as unnecessary hardships. Yet when in 1804 it had been mooted that the kilt should be replaced by trousers, the suggestion was met with outrage. 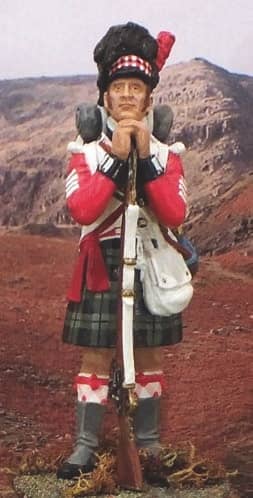 Certainly as a protector from very cold weather it appears to have been less than satisfactory. In the Peninsular War during the retreat to Coruna and the first winter in the Crimea, the soldiers suffered immeasurable distress.

One veteran of the Crimea campaign recalled the younger members of the regiment in tears, due to the pain in their knees from the cold. In fact in such cold weather there were instances of damp kilts freezing solid around the soldiers’ legs, causing their knees to be cut and chapped. It has to be remembered the kilt these soldiers wore, in terms of quality, was a very far cry from the all-encompassing plaid so beloved by the Highland Clansmen.

It must have been a nightmare crossing flooded ditches or streams, as the kilt would float up on the water’s surface and when wet or muddy it became heavy and took a very long time to dry. It was not unusual for the wet kilts to be removed for drying purposes, while the soldier marched in his great coat in order to protect his modesty. 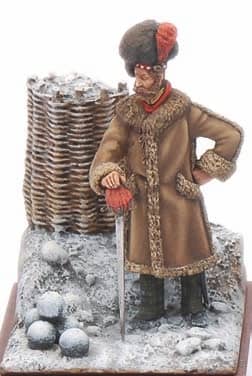 The uniform we are so familiar with today developed initially for reasons of practicality, as the original plaid was deemed too cumbersome for active service. Thus the kilt became shorter as did the jacket.

This new uniform was to cause quite a stir post the Battle of Waterloo when the High-landers entered Paris. The ladies of the city evidently took great note of the relative shortness of the Highlander’s kilts and by all accounts the Scottish troops proved to be very popular.

The age old question of what is worn under a kilt I am sure has led to many an interesting discussion between members of the kilted regiments and others. Even as far back as 1809 a sergeant of the Cameron Highlanders, whilst displaying his uniform to the King of Russia, was subjected to the King lifting the kilt over the sergeant’s head. By way of explanation the King stated he wished to check the validity of the abounding rumours he had heard. 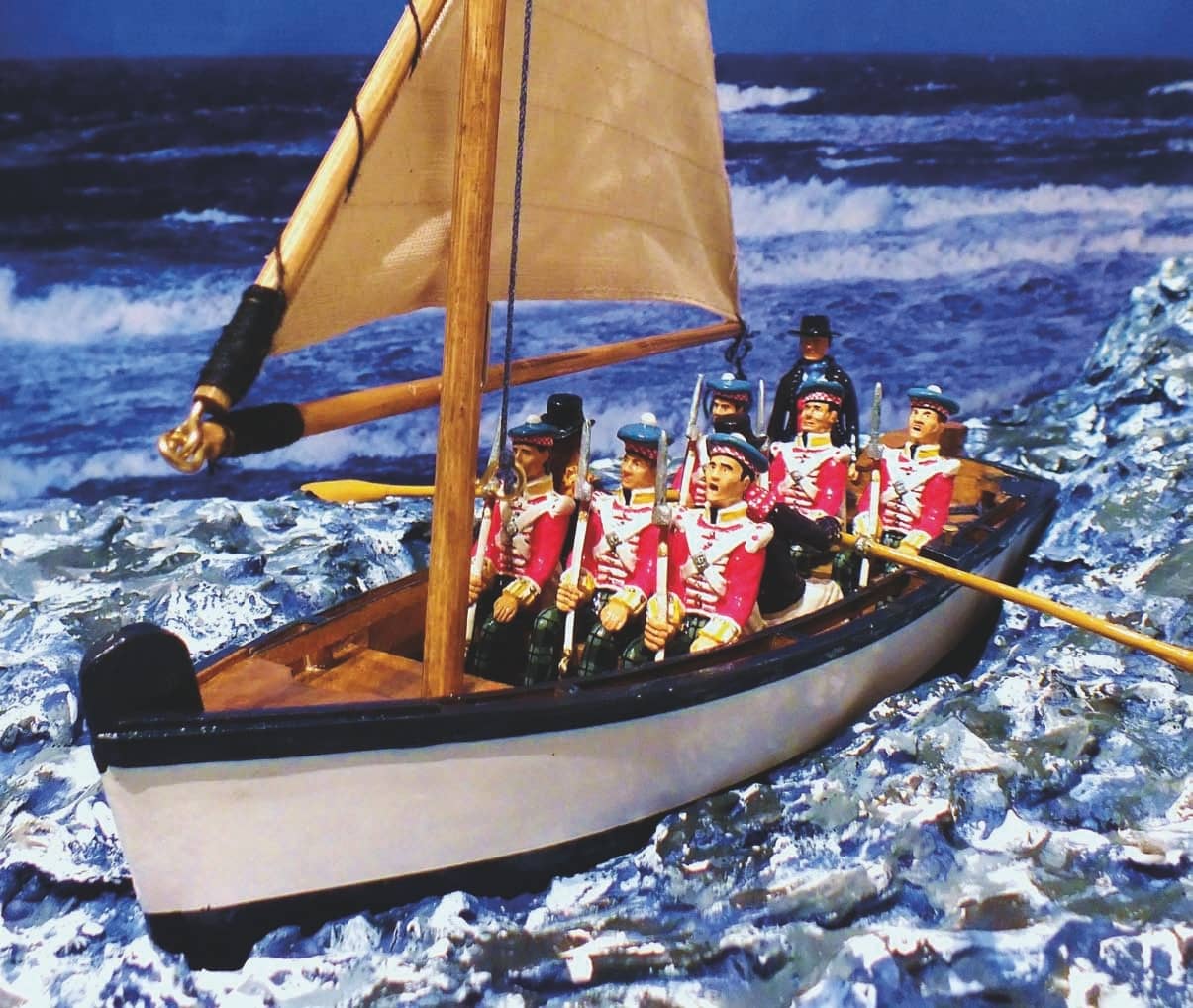 Prior and during WWII there used to be a mirror at the guardhouse of the old Maryhill Barracks in Glasgow, headquarters of the Highland Light Infantry. Before leaving the barracks to enter the town, each soldier had to stand over the mirror and be checked by the guard sergeant. It was also rumoured the bus conductress’s took particular interest, if the soldiers went up the stairs, to ride on the top deck of the bus.

The familiar characteristic swing of the kilt was achieved in 1820 by changing to knife edged pleats. The number of these pleats varied between regiments, for example the Seaforth Highlanders had thirty four, the Cameron Highlanders twenty two while the rest of the regiments had thirty one. Nonetheless they all achieved the desired effect.

From the cessation of hostilities at the end of the Napoleonic Wars, uniforms began to lose the practicality that had been imposed by war. This trend was illustrated by the evolution and re adoption of the sporran and reflected the “dandification” of military dress, often associated with peacetime soldiering. 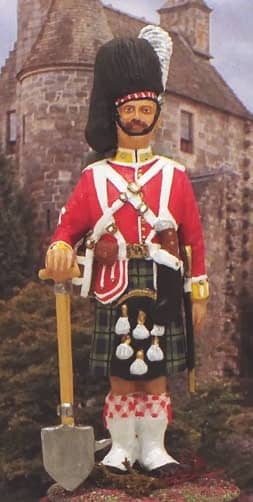