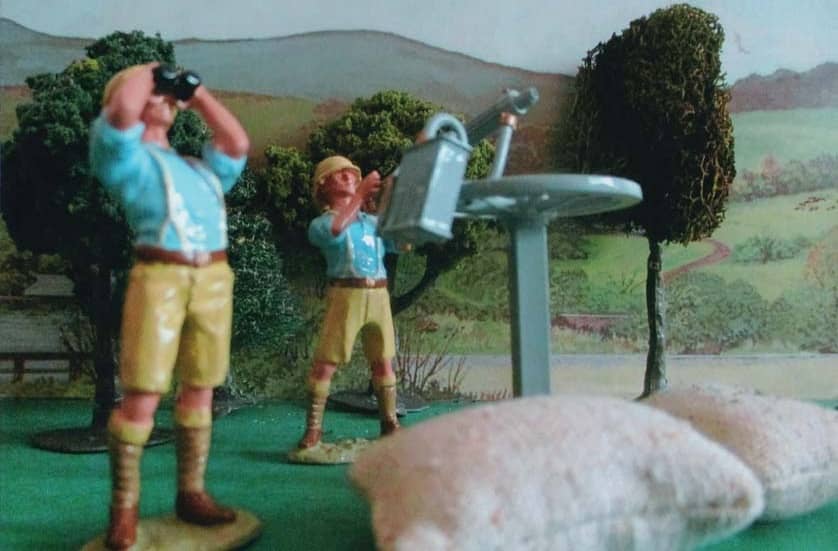 Raymond E. Bell Jr explains more about the army he’s recruited for his grandchildren and in particular the 58th Combat Support Brigade

For toy soldiers of the 19th Century, combat support could be a happenstance matter. A wagon here, a mobile forge there, and a one-horse ambulance present could in most cases count for all the combat support available for the toy troops. The arrival of the 20th Century, and especially World War I, combat support presented another face. Now not only logistics vehicles but tankettes, motorized machine guns, mobile anti-aircraft gun trucks, and lorry drawn artillery became part of the realm of combat support. And it was here that Britains toy soldiers became a major factor in representing the evolving modernization of combat. 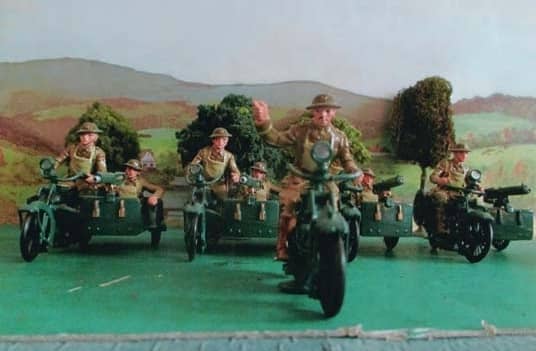