THE DEATH OR GLORY BOYS

When war broke out in 1914, for the cavalry regiments, the horse was still king. This naïve and illusionary vision was quickly dispelled as the machine gun became the dominant factor on the Western Front. Trenches, not wide swaths of flat cavalry charging country became the norm and the role of the cavalry was about to change forever.

Nonetheless, the Generals were loathed to dispel with the cavalry completely and wherever possible tried to insert mounted troops into their strategic plans.

The lives of both the lancer regiments would alter dramatically during this period. The 21st Lancers were to spend most of the warfighting Afghan Tribesmen. These Pashtun tribes had been armed by Germany and threatened the security of the Punjab in India.

The 17th Lancers, by contrast, left India in October 1914, docking in Marseilles in mid-November, as part of the Indian Cavalry Corp. By the time they arrived, the mobile phase of the war was over. The Lancers were to serve in the trenches as infantry with the faint hope that, if there was a British breakthrough, they could return to their mounted role to exploit any advantage gained.

Ironically the German cavalry were suffering the same fate and what is coincidental is that one of their regiments, known as the Death’s Head or Totenkopf Hussars, shared the same cap badge with the 17th Lancers. I do not know if these two regiments ever met in battle however, utilising Britain’s Lancers, it afforded me the opportunity to enact what might have been.

Unbeknown to the cavalry at the time the introduction of a new top-secret weapon called a tank, would herald a revolution in the lives all future cavalrymen. Ironically, however, it was the tank which nearly gave the 17th Lancers the chance to feature in their mounted role.

The regiment was present at Cambrai when the tanks were first used, their brief to take advantage of any breakthrough created by these armoured leviathans. Unfortunately at a crucial time in the battle, the weight of one of these tanks destroyed a vital bridge and the opportunity was lost. 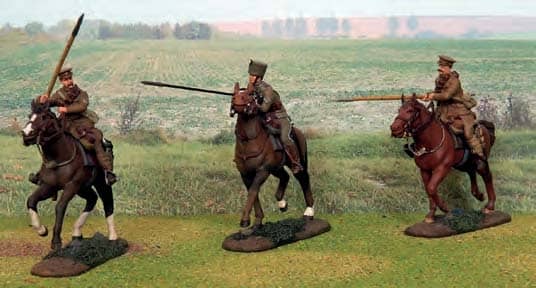 In 1918 in one last desperate throw of the dice the Germans launched an offensive and after the disappointment of Cambrai, the 17th Lancers really came into their own acting as mobile infantry. In one episode they charged six hundred yards under fire, to rescue the 9th Australian Infantry Brigade. The regiment would win one D.S.O. six MCs and six MMs during this conflict.

Although the role of the cavalry during WWI, in its strictest form was vastly diminished, the need for horses for all kinds of other tasks was inexhaustible. It is a sad tale that the majority of horses taken to endure the labour and hardships of the Western Front were never to return.

Their general care also left much to be desired and this was exemplified by the insistence of the hierarchy to crop the winter coats on swathes of horses stationed at the front. This left them cold and vulnerable to illness, causing thousands of unnecessary deaths.

At the end of the war many thousands more would be sold as meat for the French people, rather than being returned home. What was unforgivable was that large numbers were slaughtered and butchered while being watched by the remaining beasts, who standing in line, awaited the same fate.

The disregard for these animals is perhaps summed up by a wealthy officer from a distinguished cavalry regiment. After sharing the privations and being loyally served by his horse throughout WWI, he promptly sold him on their return. This was because, according to his owner, he was past his best. 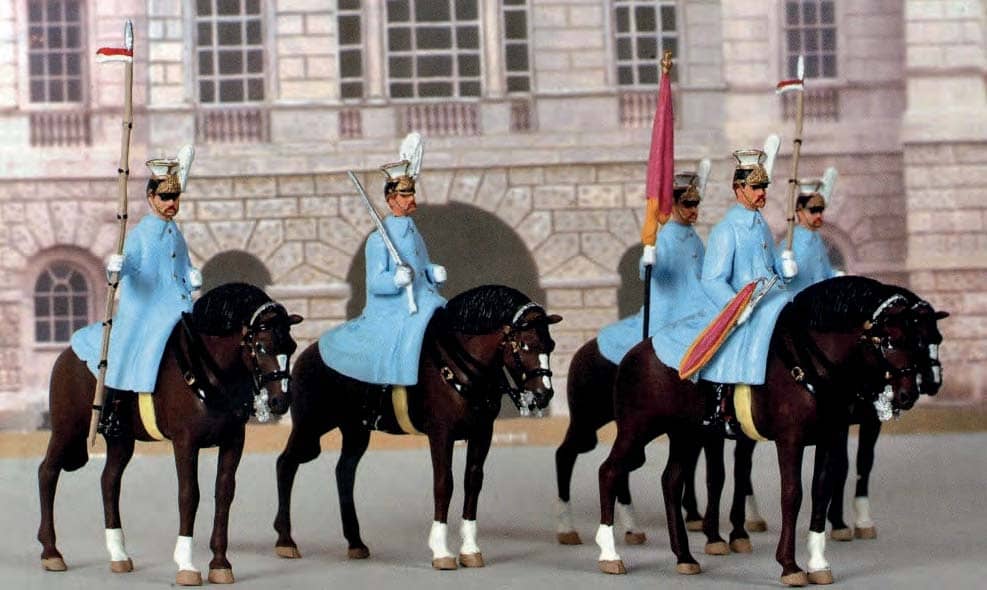