Memories of a far-off land… 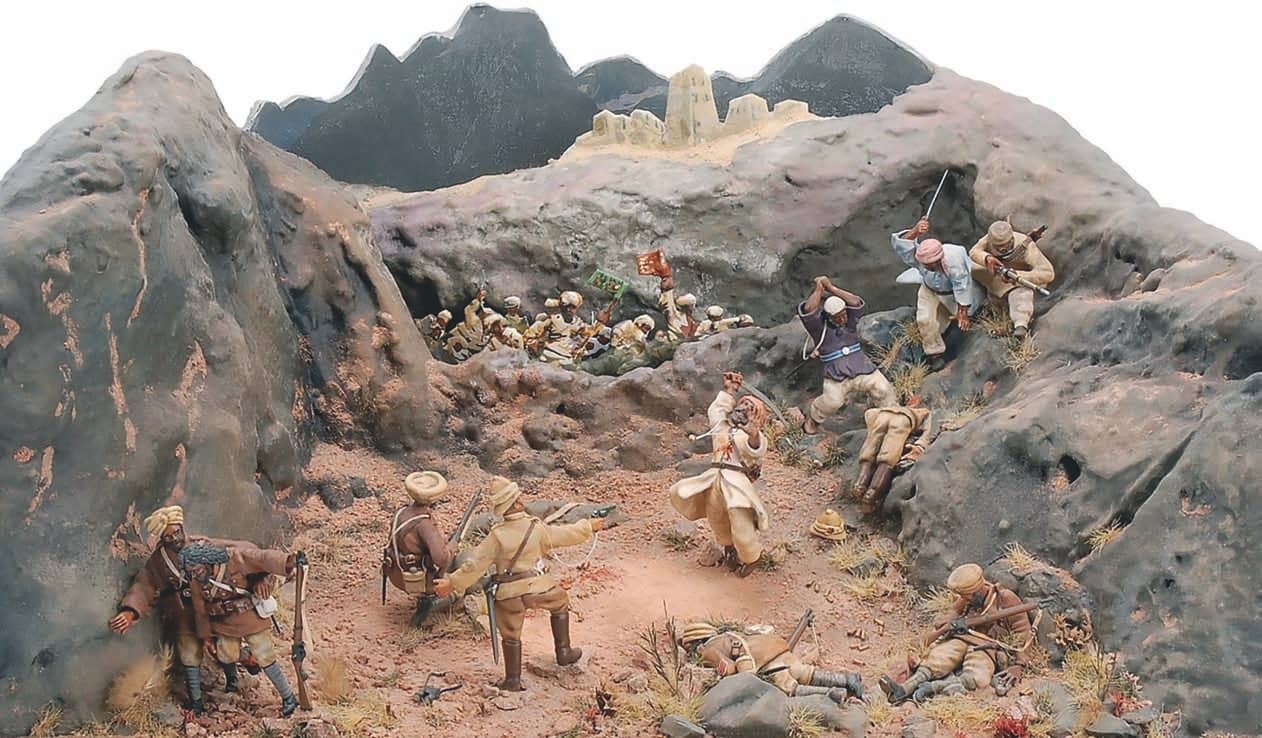 The highs, and often very low lows, of army life in India during the 1800s

The Indian Mutiny had been a very salient lesson for the British, its violence and betrayal was something they were determined would never be repeated. From the experiences of the mutiny it was realised that in such a vast country, the speed of deploying troops was crucial to quell any future unrest.

Therefore with this key objective in mind they began a massive railway construction programme, with twenty-eight thousand miles of track being laid by 1904. However, the terrible irony was that having spent vast sums on this communications network, from a military perspective it was never used in anger, as internal peace generally prevailed after the mutiny (North- West Frontier aside) until the British left India.

Thus for the British soldier stationed in India in terms of active soldiering, there was very little to do. The greatest battle the average soldier would face was boredom, as even the most basic tasks were now done for him. These chores were carried out by Indian bearers, for example all cleaning of kit was done by a Dhobi Wallah for a few rupees.

Although sometimes the lack of hygiene during the procedure resulted in the recipient of the kit contracting, what was euphemistically called Dhobi itch, most observers commented they had never seen such smart troops!

Even some of the soldier’s morning ablutions were effectuated by Nappi Wallahs who shaved the soldiers while they slept, during which time the Char Wallah prepared their tea. There were even bearers who cut corns and sewed names on kit.

The latrines in the barracks normally consisted of a wooden board with a hole, lain over a tin tray. The bearer or Mahtar tasked with keeping these privies clean would often startle the seated soldiers, when his brown arm would snake viper like underneath them, as he changed the trays. The waste was then removed in an oxen cart which was given the sobriquet ‘The Bombay Milk Cart’.

After the morning parade the searing heat generally negated any further activity until late in the afternoon. To try and keep the barracks cool, which were normally high ceilinged bungalows painted white, they had their own Punka Wallah.

He sat outside and pulled a rope which moved a large piece of framed canvas hanging from the ceiling, back and forth to keep the air circulating. Another bearer would throw water at the raffia doors of the bungalow, again in an effort to cool the air, while the soldiers lay on their charpoys (beds).

Food was generally of poor quality, tough meat cooked to a frazzle. A Royal Scot remembers continually using what was left of his derisory pay, after the mysterious barrack-room charges had been deducted, to supplement his food ration. The barrack-room charges were a constant source of irritation to the BORs who thought it provided the sergeants with their beer money.

In a number of barracks the cookhouse was separate from the mess hall. When journeying between the two it was essential to cover your plate, or a Black Kite or ‘shite hawk’ as they were christened, would swoop down and steal the lot. For many a new arrival this was a very chastening initiation into the unique world of India. 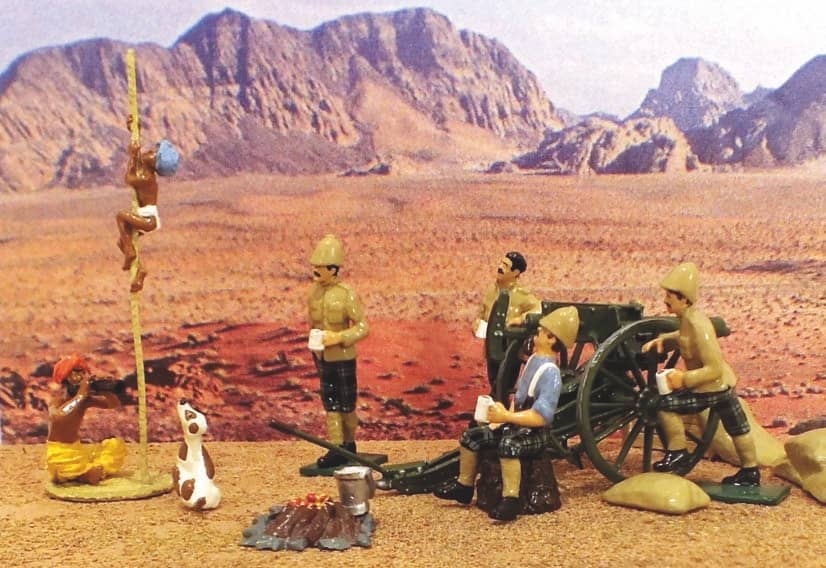