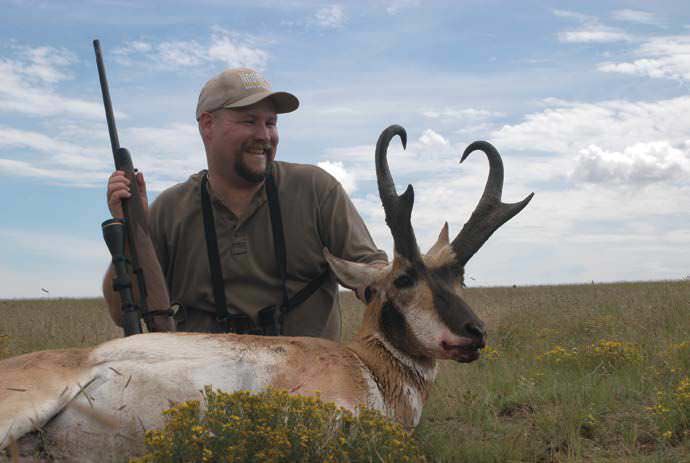 While perusing hand loading supplies last August in a local store catering specifically to hunters and anglers, I overheard a curious conversation between two fellows, one of whom was shopping for 180- grain bullets for an apparently new rifle. The man had settled on two potential options, and his buddy offered the following advice: “Buy the ones with the plastic tips. They’ll be more accurate, shoot flatter, and you’ll be able to shoot farther.”

When the gentlemen left to pay for their goods, I peeked at what they had been looking at. One box contained sleek, plastic-tipped bullets while the other held pointed, boat-tail soft points. The ballistic coefficient (BC) for each 180-grain bullet was looked up that afternoon, whereupon I found what was already figured to be true. The lead tipped bullet had a BC of .452 while the plastic-tipped bullet had a BC of .480. The difference of .028 BC is nearly impossible to recognize downrange in most hunting situations, and either bullet placed in the heart or lungs of a deer or elk will do its chore.

While not intending to get into the complexities of various bullet designs – which would take up more space than is allowed here and has been suitably cleared up in Rifle and Hand loader magazines – I think it sufficient to note that not everything said or written about modern, plastic-tipped bullets can be taken as irrefutable fact. For example, the plastic tip alone does not make such bullets more accurate; the plastic tip by itself does not dramatically change BC in all bullet designs; and the good expansion or penetration seen with such bullets is not due specifically to the use of the tip.