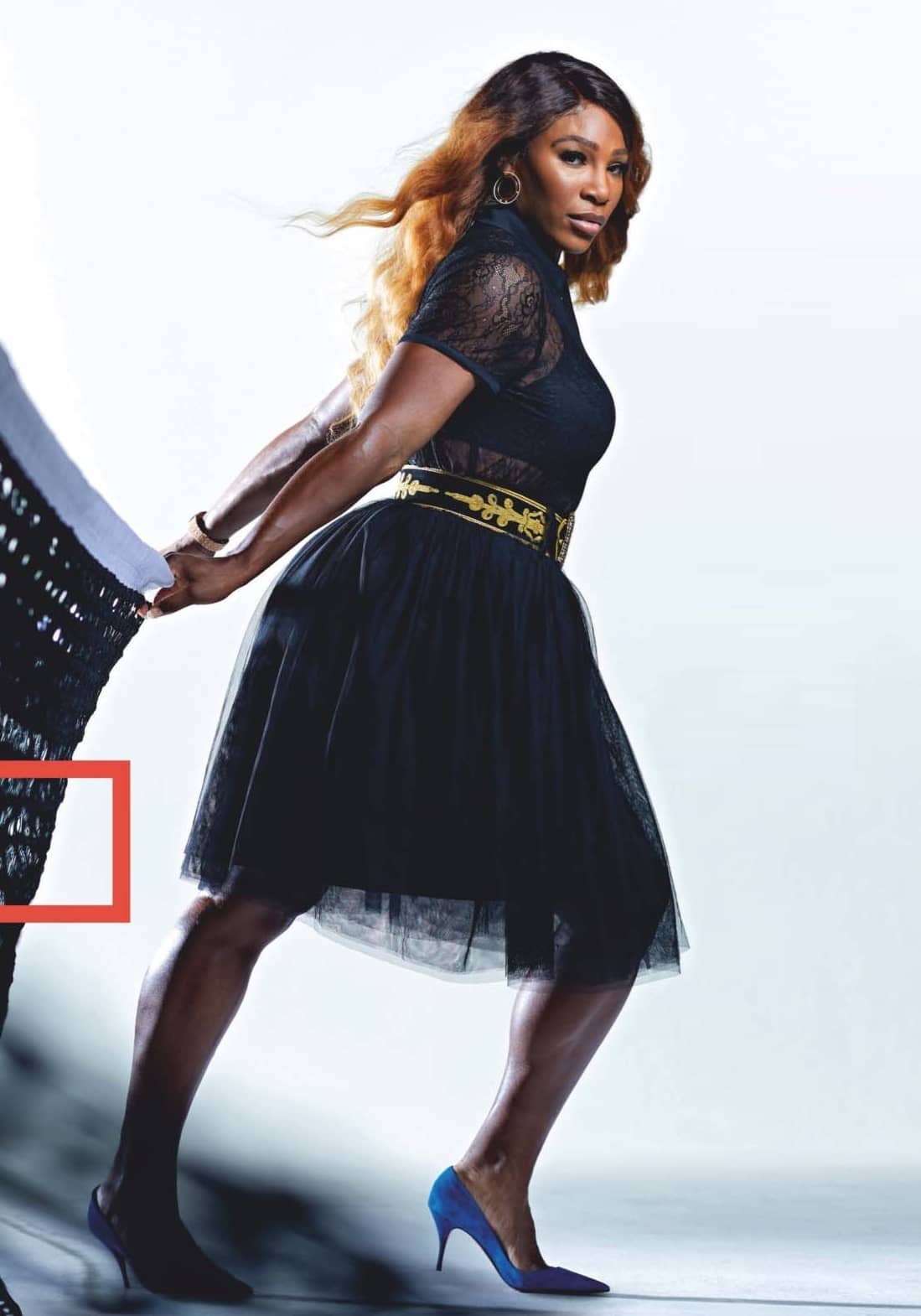 Challenging convention and crossing over from athlete to fashion icon, Serena Wiliams styles on and off the court.

SERENA Williams was fashionably late. Then officially late. Then worryingly late. This wasn’t diva behavior or another celebrity operating on a clock of her own. This was something more significant. As the hours ticked by inside a sweeping studio space in a business park on the outskirts of London, Serena sat in a doctor’s office just a few miles away, waiting for information about her health. After a routine practice session on the grass earlier that morning, she hadn’t felt well, and with Wimbledon just days away, the 23-time Grand Slam champion and mother of 22-month-old Alexis Olympia didn’t want to take a chance.

Following a quick evaluation and a thumbs-up from the doc, Serena arrived for this photoshoot barefaced, soft-spoken and still searching for energy. She was wearing a look of concern, as well as basic black joggers and pink-and-white Nike sneakers—all subtle reminders of something that’s easy to forget amid the superhuman facts, figures and fame that are forever fused to her name: she is, ultimately, mortal. That can be easy to forget.

At age 37 and more than two decades into her extraordinary tennis career, Serena became a megacelebrity a long time ago. While finals and forehands were always important, Serena has always, unapologetically, fed her off-court passions, too. Look at what she’s accomplished: GOAT status; four Olympic gold medals; $89 million in prize money and a Forbes-estimated $225 million net worth; a venture-capital firm (Serena Ventures); and a self-funded clothing line, S by Serena.

She’s not the only athlete to cross over into fashion, but she’s arguably done it longer, better and more sincerely than anyone else. “My whole career has been about tennis and fashion,” she says.