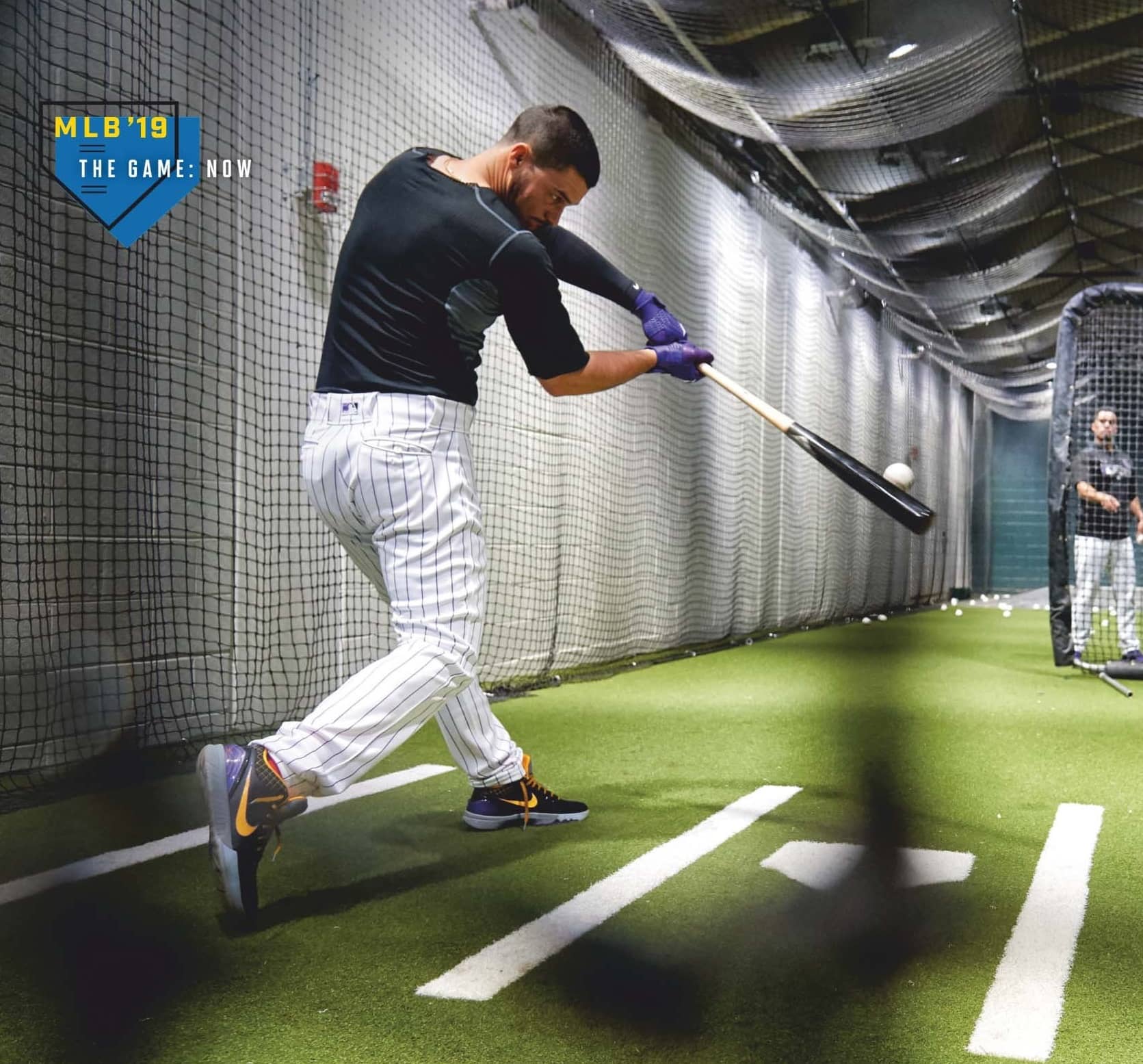 The Rockies’ NOLAN ARENADO is a star typical of today’s game—dynamic on the field, low-key off it. He offered SI a rare peek into his swing-filled downtime.

Stephanie Apstein
ON FEB. 27, Nolan Arenado went missing. He arrived at the Rockies’ complex at 7:20 a.m. He agreed to an eight-year, $260 million extension. He hit in the cage and spoke at his press conference. Then he disappeared. GM Jeff Bridich stalked the halls, asking everyone, “Have you seen Nolan?” Video coordinators scanned feeds from around the facility. Staffers fanned out across the grounds. Finally Arenado’s agent, Joel Wolfe, located him on Field 2, hitting off the curveball machine. Wolfe was shaking his head.

Arenado had only verbally agreed to the contract. He had neglected to sign it. Telling the story now, Colorado centerfielder Charlie Blackmon laughs. If he woke up in line for a quarter-billion dollars, he says, “that’s probably No. 1 on my list of things to do, to sign that piece of paper, but not for Nolan.”

Four months and one day later, I meet Arenado, wearing a white T-shirt and track pants, at 12:45 p.m. outside his Denver apartment building. I am here to learn something—anything— about him. Since his 2013 debut, Arenado has been the game’s fifth-most-valuable player, with 36.1 WAR. At just 28, he has a chance to be the best third baseman ever. That’s essentially all I know, though, and he’d prefer that it stay that way. “I really didn’t want to do this,” he says. He’s not even sure he ever officially agreed to grant me

It takes less than five minutes for him to bring up the panic attacks he sometimes gets in public, as an explanation for avoiding attention. A couple of years ago he was at a nearby mall to buy a pair of Nikes, and a few people recognized him. The group grew into a mob. He started sweating. I gotta get out of here. Then he realized he had misplaced his keys. As he retraced his steps, the crowd mushroomed. Finally he got back to Hugo Boss, where salespeople had the keys. They recognized him, too. “I’ve been online shopping ever since,” he says.

Today, Arenado stops by Starbucks for a venti vanilla sweet cream cold brew. (He gave up dairy in the offseason at the suggestion of friends Matt Holliday and Chase Utley, but he indulges on occasion.) Arenado has already eaten; at 10:45 his private chef served eggs, turkey sausage and bacon, plus an acai bowl and coffee. Then Arenado watched Braveheart in advance of his nightmare: 11 1 ⁄ 2 hours with a reporter.

The timing is not ideal. The Rockies visited Los Angeles last week and got swept—making it 11 consecutive losses to the Dodgers, dating to 2018. Arenado next went 1 for 10 in a series win over the Giants, and he was 0 for 4 last night at Coors Field as the Dodgers won again. He is miserable. All he can think is: 12 straight. They shouldn’t have put me in the lineup today, he thought as he drove home. I contributed nothing.

Arenado claims he has gotten better at putting bad days behind him. The people around him disagree. “Yesterday’s story would have been easy,” says assistant athletic trainer Scott Gehret. “Woke up, ate, was grouchy. Took BP, was grouchy. Went 0 for 4, was pissed, went home. Nice article.”