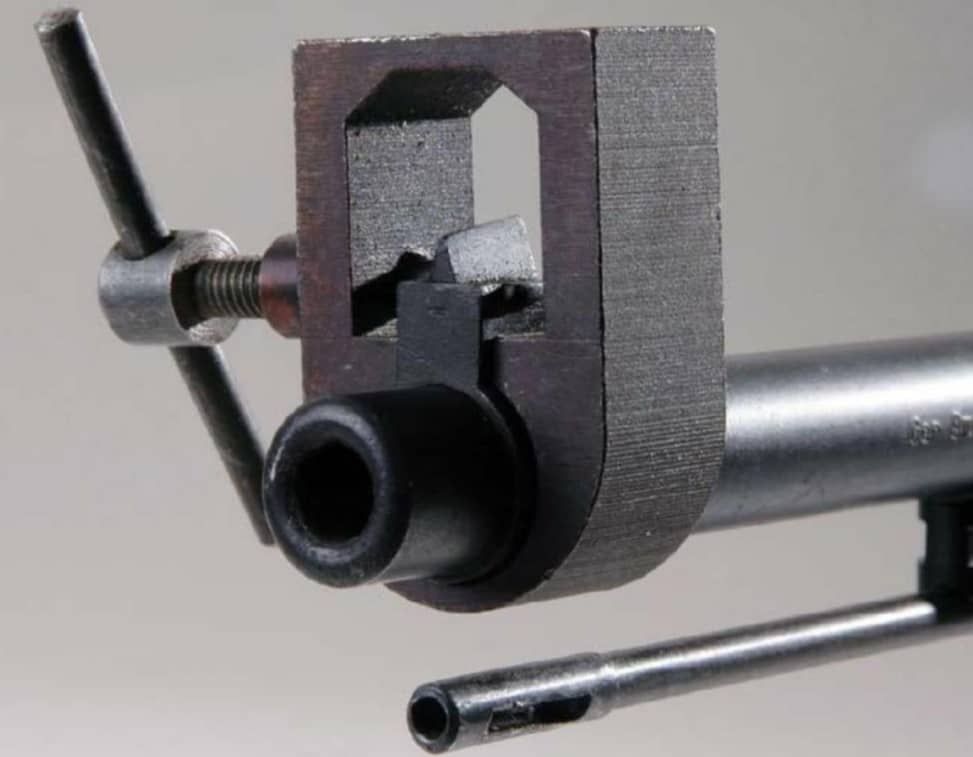 DOWN RANGE by Mike Venturino.

A rifle that has not been zeroed is just about useless for any sort of shooting. Most riflemen today have a good handle on zeroing rifles with optical sights. The same is not so true for rifles with iron sights, and it’s especially untrue for their front sights. Most American rifles of yore, and their modern replicas, carry iron sights – Winchesters, Sharps, rolling blocks, Marlins, etc. Of course, so do the vast majority of the world’s vintage military rifles that are so much in vogue currently.

On most of these rifles, iron sights are dovetailed to the barrel. There are exceptions. For instance, Winchester and replica lever gun saddle ring carbines have dovetailed rear sights but not fronts. Let’s say a new Winchester/ Browning Model 1886 is on for elevation with a chosen load but off laterally. That is an easy fix. Simply drift the rear sight in the direction you want bullets to land. Or, conversely, drift the front sight in the opposite direction from where the bullets should land.

However, if the rifle is hitting significantly off in elevation, maybe a new front sight is needed. A taller sight makes the rifle shoot lower, and a short one makes it hit higher. That latter factor can be corrected by filing down a tall front blade, but the person filing better be experienced. If the sight has a brass or ivory bead, then a new sight is necessary.