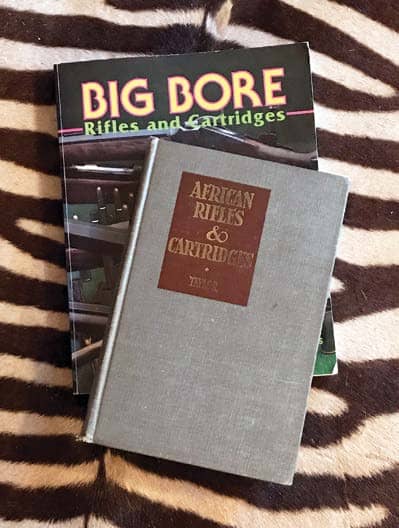 It was just over 30 years ago when Mark Harris, publisher of Wolfe Publishing Company at the time, suggested we do a book on big-bore rifles. Essentially, he wanted to do a reprint of all of the big-bore features and cartridge profiles from Handloader and Rifle and add a few new ones. The only question I had was: “What’s a big bore?”

During the ensuing discussion, calibers that might be considered a minimum, such as a .33, .348 or .35 in North America, since they are largely sufficient for large game like elk or moose, might not qualify in Zimbabwe or Botswana, where a big bore is likely a .470 Nitro or a .505. In effect, what constitutes a big bore is relative, depending on personal experience or what continent you hunt on. So for the U.S. and Canada, a medium big bore would be of interest. For bookstores in southern Africa, it should start at the very least with the 9.3x62.

Mark pointed out the window to the high desert prairie and timbered mountains in the distance and said, “This isn’t Africa, start with the .33.” His reasoning was correct, of course, but when the Big Bore book came out in 1991, we started with the 8mm and heard from folks about how John Taylor’s book African Rifles and Cartridges said such n’ such and how dumb we were to include small, medium bores or the weak-kneed, lever-action .33 WCF that had no place in a big-bore book.

Several readers couldn’t help themselves in echoing Taylor’s “it doesn’t belong here,” comment about the .405 Winchester, which they apparently picked up off the internet or far away in another galaxy. Either way, it appeared those self-anointed critics were largely ignorant of the fact that his Knock Out (KO) values did NOT apply to soft points, only solids. Then too, I have read reports by petty grifters who are aware that Taylor’s KO only applies to solids but purloined his formula anyway and applied it to soft points.

The overall response to the Big Bore book was quite educational, as I learned a few new big words that were, judging by the tone of the correspondence, intended to describe general incompetence but aren’t found in the Merriam-Webster Dictionary or Roget’s Thesaurus. In spite of initial criticism of the Big Bore book, it sold well and went on to a second printing. My only contribution was a review of the relatively new Browning copy of the Model 71 .348 WCF that managed to plunk five-shot groups with two cast bullet designs inside an inch at an honest 100 yards with open sights. The only big-game animal taken with that rifle was a hapless pronghorn at 10 or 12 feet. 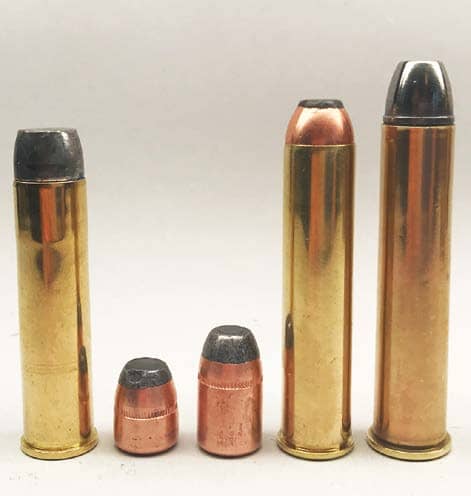